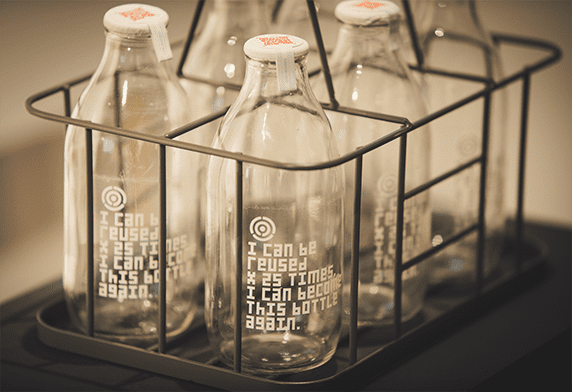 Over the last century in America, economic inequality has continuously grown. Despite legislators’ efforts at bridging the gap, many people feel the reality of life is not up to par with what they deserve. As a result, hundreds of thousands of Americans now live in their cars or on the streets, and millions more live in poverty with little more than a sliver of hope for upward mobility. In classrooms here at UC San Diego, professors wryly remind students that their generation will be one of the few that does worse than their parents and that our current lifestyles are unsustainable.

But amidst all of this, especially in California, is a desire amongst some legislators, activists, and citizens to curb economic inequalities and environmental degradation. In an attempt to reverse some of the wrongs that the privileged around the world have done to the environment we share, environmentalism, conservation, and sustainability have entered the common lexicon. As a result, politicians and citizens alike are addressing the importance of sustainable practices in solving both environmental and economic problems in the U.S.

The popularization of reusable water bottles, plastic bag taxes at grocery stores, the proliferation of paper straws, and rebates for water-saving landscaping and electric cars are just a sampling of the many different ways that Californians and their government representatives have helped make an impact on their environment. Some of these policies are a result of advances in technology and the consequential drops in prices, like solar panels. But increasingly, environmentally-conscious trends are not coming out of technological progress. Instead, the sustainable practices we need are being drawn straight from the history books, as prohibitively-expensive reliance on technology is being replaced by innovation through reverting back to past practices.

Largely in urban areas with plenty of wealthy residents, local communities are pushing forward ideas that find their roots in past cultural norms. For example, dairy farms have begun moving away from the supermarket model, instead opting to have the consumer play a more active role in sustainability. Some companies are having customers bring their bottles back to local stores to be refilled to lower the environmental cost of producing new containers, while others literally have begun getting their milk from a dairy delivery man. The delivery truck driver, who also would walk up to the front porch and grab the empty bottles one night and deliver freshly-bottled milk in its place in the early 20th century, is making a comeback thanks to a new crop of conscious shoppers looking to limit food waste while also utilizing the home food delivery wave that is hitting the U.S.

There are also more impactful policies that are returning, namely localized public transit in dense urban areas. In Los Angeles, where General Motors ripped out the trolley systems that ran through downtown, making cars more of a necessity, the remaining public transit is woefully underutilized. As a notoriously congested city, public transportation ridership in Los Angeles is abysmal, in part because of the quality of the transit, but also because of stigmas against utilizing it. Now, LA Metro, the City Council, and LA County are pushing to put into place public transportation systems that link downtown with the suburbs at a cost of nearly $10 billion, in an attempt to limit the need for using a car to make it from one part of the city to another. If ridership really can increase into the millions as projected, this project could have a profound impact on a city that really seemed to shun public transit not-too-long ago.

But are these policies really outgrowths of an increasingly progressive population, or are they just manifestations of economic inequality with a pretty sustainable green bow?

The problem is that residents making use of the milkman, electric cars, and solar panels tax breaks and rebates are not really the citizens who need the most economic relief. More often than not, people who know about these things and live in areas with these opportunities are wealthy enough to survive without these economic boosts.

That’s what needs to shift; American environmentalism must become less elitist and more accessible –– the sooner the better. The more people are made aware of the benefits of shifting to past practices, and the more economically viable these options become, the more likely they are to adopt them. At the same time, these policies cannot simply reinforce existing inequalities. Those who care about equitable solutions need to come together and advocate for the voiceless, and that starts with public resources and awareness campaigns at the local level.