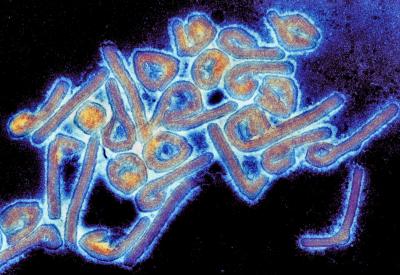 The increasing attention directed at the study of the human microbiome is proving a widely responsive landscape to new discoveries in cognitive science. Scientists at UC San Diego’s Center for Microbiome Innovation are pioneering research indicating positive connections between gut health, mental capacity, and overall well-being. The Lancet medical journal recently released an article reinforcing this idea, arguing that society needs to reduce consumption of unhealthy foods such as red meats and refined sugars by at least 50 percent if we are to garner substantial benefits to global health and ensure environmental sustainability. At UCSD, Housing Dining Hospitality spoke with the UCSD Guardian on working towards promoting a greater variety of nutritional options to campus-goers, and further the “Great Food Transformation.”

New studies are beginning to show that the human microbiome, or the billions of bacteria, fungi, and microorganisms present in our bodies, could influence the brain and behavior.

Dr. Sandrine Miller-Montgomery, executive director of the Center for Microbiome Innovation at UCSD describes the human microbiome as often primarily assimilated to gut bacteria located in the gross intestinal tract, while before mainly regarded to assist in digestion and strengthening our immune systems. This further establishes connections related to mental health such as the identification of genomes related to Alzheimer’s disease, depression, anxiety or autism.

In an interview, the executive director, who also serves as a professor of practice in the department of bioengineering, explained the vast nature of the relation between the human genome and our own bacterial composition.

“The best part is knowing that only 1 percent of our genome is truly human,” Dr. Montgomery told the Guardian. “… the other 99 percent being microbial and largely ignored until recently means the door to discovery is wide open …”

More recent findings in the study of human microbiome are geared towards observing the connections between the role of nutrients taken in when we eat and how this engages our G.I. tract to affect the rest of our bodies.

“What we have clearly seen in the past two years is a new understanding that microbiome and food go hand in hand,” Dr. Montgomery said.

Earlier this year, in an article composed of more than 30 experts titled “Food in the Anthropocene: the EAT–Lancet Commission on healthy diets from sustainable food systems,” The Lancet found that, “Unhealthy diets pose a greater risk to morbidity and mortality than does unsafe sex, alcohol, drug, and tobacco use combined.”

The research paper calls for at least a 50-percent reduction in global consumption of unhealthy foods, with primary culprits being red meats and refined sugars, alongside a 100-percent shift towards more plant-based diets — with an emphasis on locally sourced produce.

Estimating to avert about 10.8 to 11.6 million deaths per year with the dietary implementation, the journal defends the pivot towards sustainable food systems as intrinsic to human preservation and in alignment with UN Sustainable Development Goals and the Paris Agreement, coining this as “The Great Food Transformation.”

As part of a combined global effort, the responsibility of pursuing healthier alternatives for supporting physical and mental well-being while forwarding the cause for environmental conservation is equally the role of consumers as it is of food vendors. HDH, which oversees eleven dining locations, six markets and two food trucks at UCSD, recognizes such a social responsibility.

“It is a priority for HDH to source food locally,” Dave DeCaro, director of marketing and communications reported to the Guardian. “The food service industry is facing an exciting opportunity to not just change, but revolutionize.”

Some of the ways they are doing so include participation in the Farm to Institution Center, upholding dining and purchasing guidelines that provide a framework to their menu planning and development, and also in partnership with Menus of Change to reflect their commitment towards sustainable practices.

“We are proud to be a part of a university that is pioneering the way for the future of our planet,” DeCaro said.

From saving the environment for future generations to fighting mental illnesses like Alzheimer’s or Parkinson’s disease, the potential repercussions of scientific studies like the research obtained in the field of the human microbiome alongside enhanced social engagement can go on to have profound impacts on the way society regards food as a primary resource.