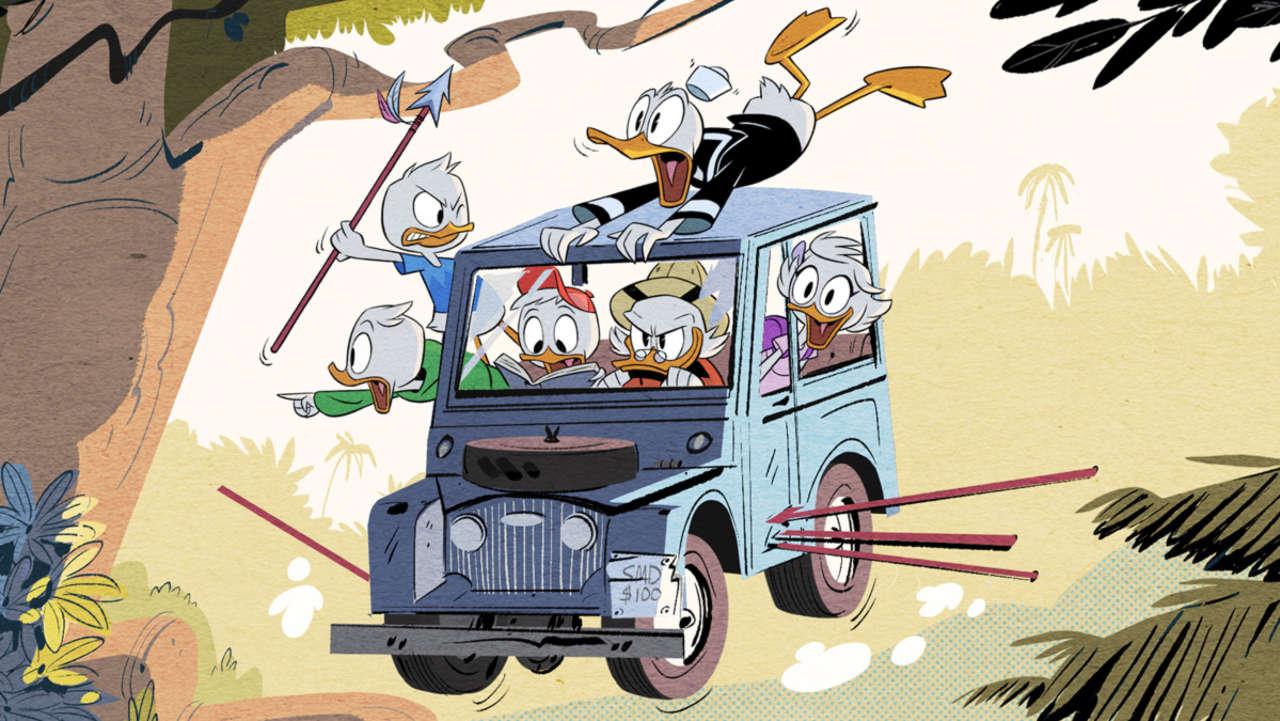 Does anyone recall the good ol’ days where “Ducktales” played as we sat on the floor humming “Woo-oo!”? I don’t. My youth escapes me; I barely recall the joys of breakfast cereal and miniature Mattel cars. But I know people fondly remember Uncle Scrooge’s wacky misadventures with his identical nephews. And I know that fewer can recall the comics from which it was adapted. Only true Disney historians will remember both. Now, a new “Ducktales” series has arrived, aimed at modern audiences and nostalgic adults. A star-studded cast, a fresh look and an adherence to the original material is a winning combination and it shows.

It’s bold. Recapturing the feel of “Ducktales” is not easy. Deviating from the source material risks alienating older audiences, yet deriving too much displays a lack of creativity. It’s safe to say that the first episode strikes that fine balance. Things are the same as before; the eccentric Scrooge McDuck (David Tennant) takes Huey, Dewey and Louie (Danny Pudi, Ben Scwartz and Bobby Moynihan) on daring treasure hunts while avoiding various villains. That said, this universe is much more fleshed out; there is a greater overarching narrative at stake and the cast has more interesting personalities. Uncle Scrooge is a has-been explorer who confines himself within the lonely walls of his mansion. He is unpleasantly surprised when his former partner and nephew, Donald Duck (Tony Anselmo), dumps the triplets on his doorstep. The ecstatic children initially harass Scrooge, but their youthfulness rekindles his adventurous spirit, convincing him to take them (and Donald) in.

Not that Donald is willing. His house-boat has exploded (don’t ask why), and getting dragged into the same predicaments that made him quit adventuring altogether are now putting his nephews’ lives at risk. Huey, Duey and Louie don’t really care about the risks, though. The fact that their great-uncle is a swashbuckling hero quells the monotony of their typical lives. Unlike their past incarnations, the triplets now have unique traits. Huey’s a goody two-shoes who often operates off of his handy scout manual, Duey suffers from middle-child syndrome and overestimates his own abilities and Louie is the lazy sibling who mooches off his family. Other returning faces such as the bumbling Launch Pad (Beck Bennett), the energetic Webby (Kate Micucci) and classic villain Flintheart Glomgold (Keith Ferguson) demonstrate the show’s diverse characterization.

That’s a lot to introduce in one pilot. The presentation is spectacular, the artwork reminiscent of the bright panels found in comic books. Color is clearly used to convey danger or excitement with cool shades or warm fills of paint. It’s daring and comedic, with slapstick, self-aware wordplay, and an exaggerated narrative that is difficult not to smile at. The triplets may be investigating Scrooge’s mysterious museum (actually a garage) one moment when Donald suffers one of his hilariously violent tantrums the next. Perhaps the funniest part of the pilot is Duey’s disappointment at Atlantis’ defunct death-traps, rendered useless by the city’s literal flipped state. There are also treats for keen-eyed fans of the original Ducktales. References to the comics and the ’90s show are scattered throughout the first episode, including artistic tributes to creator Carl Banks.

Sure, the pilot is the only episode available. Perhaps it is presumptuous to believe that this is indicative of the quality we’re going to get in future episodes. But consider a few points; Disney has always invested in and put out content of consistent quality. Dana Terrace and Sean Jimenez of “Gravity Falls” fame are directing this reboot. The cast is composed of well-known TV veterans, including a star of “Doctor Who” and the returning voice of Donald Duck. The episode speaks for itself. Given what we can see in the pilot, I think we can celebrate the return of Uncle Scrooge and his family to the small screen with a great “Woo-oo!”