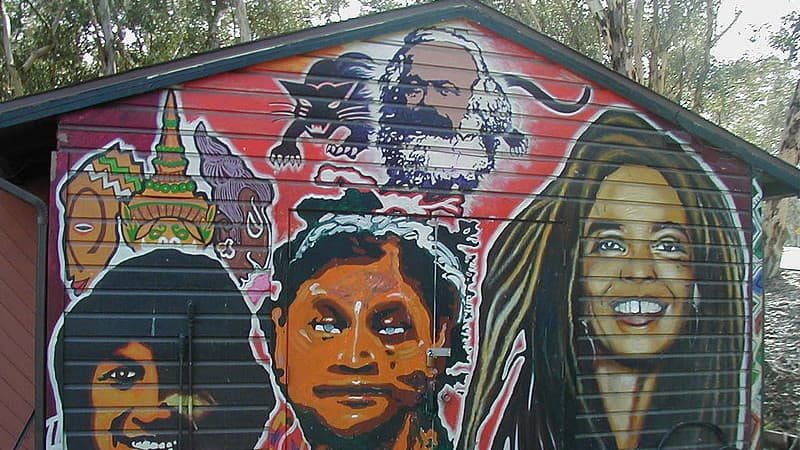 UCSD’s historic Ché Café will remain open after members of the Ché Café Collective signed a new lease following two years of negotiations with the university’s administration over the terms of the agreement. Under the new lease, the Ché, which has been closed for business pending construction since April, will need to make certain modifications to the building, such as installing fire sprinklers and making the bathrooms compliant with the Americans with Disabilities Act standards, to address concerns about the safety of the cafe.

The lease will allow the collective to continue running the “all-ages sober, safe(r) DIY music venue, vegan cafe, community space, and resource center for radical grassroots activists” for 40 months with an option to re-up for an additional four years afterward. However, the Ché’s existence is contingent upon it keeping its nonprofit status and paying liability insurance.

Founded in 1980, the Ché initially had the support of UCSD’s administration, but over the past two decades, the Ché Café Collective has faced increasing resistance from the university, which attempted to close the venue on several occasions. One example of this was in March 2015, when UCSD served the Ché Café with an eviction notice for alleged safety issues, prompting students to occupy the venue 24/7 for over 100 days. The showdown ended in July of that year after supporters of the Ché met with Chancellor Pradeep Khosla, who agreed to a university-funded assessment of the repairs and improvements needed.

Ché Café Collective core member Lane Barlow told the UCSD Guardian that the Ché and the university had opposing goals for the lease at the outset of negotiations.

“We wanted to [keep] the terms of the old lease with some adjustments, but administrators were pushing a lease that was dramatically different,” Barlow said.

Barlow added that even toward the end of discussions, there were still disagreements about the terms.

“Things got pretty intense during the last couple of quarters because there were still a lot of unresolved issues and the other 3 co-ops’ lease extensions were to expire in June,” Barlow stated. “There were actually some things that UCSD’s attorney wouldn’t budge on that we got [administration] to meet with us about in the 11th hour, and we got a little more compromise that way.”

According to a statement to the San Diego Reader by UCSD alum Monty Kroopkin, who was involved in the founding of the Co-Op Union, “it was always lower-level administrators who had an [ax] to grind.” Kroopkin later clarified in a comment that the administrators scared the University Center Advisory Board, which is responsible for the appropriation of student fees to Price Center, the Old Student Center and the Ché, into refusing to provide funding for improvements. Khosla then intervened and agreed to provide money from his discretionary fund to finance the needed renovations.

Despite the past disputes with administrators, Tom Corringham, a member of the Food Co-Op, believes the co-ops’ relationship with the university will be much better in the future.

“UCSD has always been a non-traditional place,” Corringham told the Guardian. “To my mind, the co-ops and collectives are an important part of this nontradition. Since the intervention by Chancellor Khosla to save the Che Cafe from eviction, I think the university administrators are coming around to recognizing the value of the spaces.”

In addition to the construction, the university will also pay for utilities, as specified by the terms of the lease. Other major victories for the Ché in the lease include that rent was lowered to $1 per year, the Ché will hold special student organization status and membership is open, while their main concession was that Associated Students and the Graduate Student Association are no longer third parties, Corringham noted.

“Overall I’d say the effort was a success, conceding on several compromises requested by the university while winning many hard-won victories that will ensure the continued life and success of the co-ops and collectives for eight more years,” Corringham stated.

The new lease is technically known as the Master Space Agreement, which is a joint lease that covers all the co-ops, meaning that the lease was also renewed for the General Store, Food Coop and Groundwork Books.

Raquel Cisneros, a former Ché Café Collective core member, explained to the UCSD Guardian that when the first MSA was signed in the mid-1990s, the co-ops decided that although there was no significant legal difference between one collective lease and four individual leases, agreeing to a joint lease was important for collaboration and protecting the co-op community.

“In the years shortly before lease negotiations began, the co-ops hadn’t been doing serious much collaboration amongst each other,” Cisneros said. “As we negotiated, we acknowledged this and agreed that we absolutely had to step up communication and operate more jointly. To ensure this, we wanted the co-ops to remain together on a single lease, to drive home the point that negotiations should ALWAYS be done together and that our strength came from us banning together to ensure no single co-op could be targeted for its respective weaknesses.”

The Ché is expected to begin hosting live performances again in December or January, once it completes the necessary improvements and plans to hold recruitment drives in the upcoming fall and winter quarters.

Additional reporting by Sam Velazquez. This story has been updated to reflect new information.

4 thoughts on “Lease Renewed for Che Cafe, Khosla to Pay for Necessary Renovations”