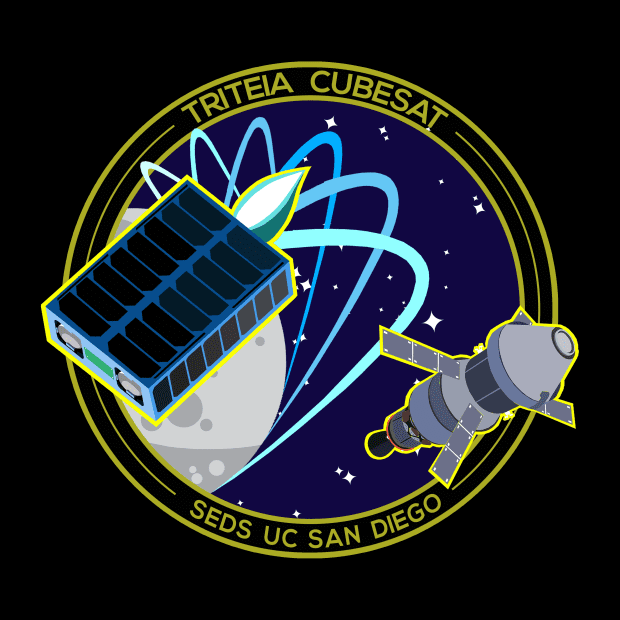 Students for the Exploration and Development of Space at UC San Diego are currently participating in NASA’s Cube Quest challenge to send their satellite, Triteia, to the moon as part of the first mission of the Space Launch System rocket in late 2018. Should Triteia be one of the three miniature satellites selected by NASA for a secondary payload spot on Orion, the spacecraft atop the rocket, it would be the first satellite built by students to orbit the moon.

In order to reach the competition itself, SEDS UCSD must move through a series of four ground tournaments, which are checkpoint contests where teams are judged and can potentially receive funding. Each of the three already-completed ground tournaments have measured the concept, preliminary design and critical design respectively. According to the Triteia Project Manager Faris Hamdi, SEDS UCSD reached the top five in the second and third ground tournaments, and the actual contest takes place when the satellites are operating in space.

Hamdi explained that SEDS UCSD decided to participate in NASA’s challenge to advance the capabilities of miniaturized satellites, called CubeSats.

“We entered the Cube Quest competition to help push the boundaries of what is possible in space,” Hamdi told the UCSD Guardian.“The space industry is known for being slow and far away from being agile. However, with the advent of [CubeSats] we are able to design, build, test and fly new hardware in space faster than before. Not only that, but CubeSats and small satellites have the potential to make space drastically cheaper because of their small size and quick development cycle.”

Hamdi further noted that if Triteia secures a spot on the SLS rocket, it “will be pushing the limits of what can be done by a CubeSat by sending Triteia to the moon next year on the first mission of the NASA SLS rocket. Triteia will be the first CubeSat to venture out of low-Earth orbit and the first CubeSat to have a chemical propulsion system.”

With the first three ground tournaments completed, SEDS UCSD is now in the “integration stage” during which they are preparing for the fourth tournament, which will measure flight readiness, and their presentation to NASA on the satellite. The entries for Ground Tournament Four are due April 6. Hamdi says that the integration stage is where the organization members “purchase components, test and validate them and integrate them into Triteia.” 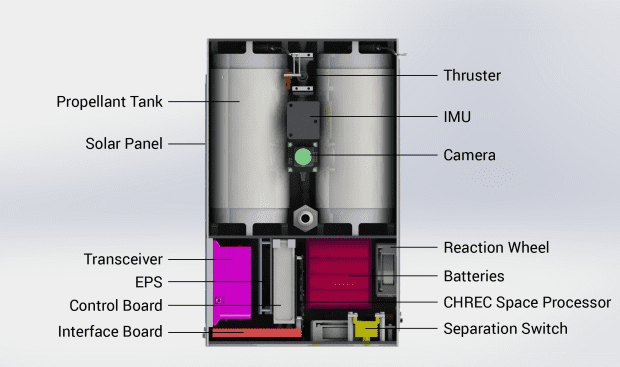 A significant component of Triteia is the thruster, which the team 3-D printed. According to Hamdi, this lowers the cost of the satellite and expands SEDS UCSD’s manufacturing capabilities.

“We chose to 3-D print the thruster because of the flexibility and reduction of cost that is offered by additive manufacturing (3-D printing),” Hamdi stated. “The ability to 3-D print allows you to manufacture components that otherwise could not have been made by traditional manufacturing techniques. Our satellite is the only satellite in the competition to be built by a completely undergrad team; it is also the most affordable satellite in the competition. With our 3-D printed thruster, we will be able to reach the moon in less than six days, faster than any of our competitors.”

To cover the costs of building the satellite and purchasing the various parts, SEDS UCSD has started an indiegogo.com campaign where individuals can donate various amounts to assist the team. The fundraising campaign will end on April 14, and donations can be made here.