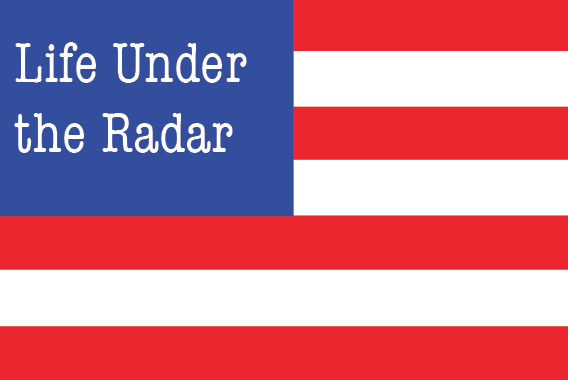 In a room that used to be a janitor’s closet, set atop the fifth floor of the Student Services Building, there is a man named Daniel Arturo Alfaro Arellano. He is the coordinator of the Undocumented Student Services Center, and right now, he is very busy.

Arellano took over as coordinator for the center less than six months ago in July, when its previous coordinator stepped down. The Undocumented Student Services Center had been open for two years, a result of requests from students as well as administration dating back to 2006 for a center that would address the needs of undocumented students.

Luis, an undocumented senior from Revelle College who chose not to publish his last name, described the difficulty of navigating campus resources when he first came to UC San Diego in January 2013 before the center was established.

“It used to be that I’d go between different services on campus and they’d always refer me to the International Center,” Luis told the UCSD Guardian. “I came here at age 3. I’ve been here all my life, and I’ve never really thought of myself as international until I came [to UCSD] and I’m trying to find resources for paying for school, for housing.”

Before the Undocumented Student Services Center was established, Luis lived in a state of limbo, stretched between various resource centers, none of which could fully address his needs as an undocumented student.

Enter Arellano. He is young, thoughtful and extremely passionate about helping undocumented students. He often says “our students” and “our families” in phrases that convey his affection for the young men and women who visit the center and use its services.

Before the Undocumented Center, Arellano worked at Alliance San Diego, a local nonprofit that supports immigration rights. There, he organized events to connect immigrants in San Diego with attorneys that could provide them with necessary legal services. When the position as coordinator opened up at UCSD, Arellano was thrilled.

“I was really interested because I wanted to focus on students,” Arellano said. “I had previously worked at a university, and I loved it. It was a great experience for me to go to campus, interact with, and help students every day.”

Beyond the opportunity to work at a university again, Arellano had a personal stake in the position.

“I was undocumented myself at one point, and the majority of my family is still undocumented,” Arellano explained.

He recounts how difficult it was to transition into college without financial support or a sense of security. Rather than focusing on the curriculum offered, Arellano had to take into consideration tuition costs and proximity to his family’s home, which he was reluctant to stray far from. There was nothing similar to the Undocumented Student Services Center for Arellano to rely on for aid in classes he felt unprepared for and on a campus where he didn’t feel he could get involved.

“As I was applying for the position, I remember thinking, ‘I want to make sure that the issues I faced when I was going to college are issues that I’ll be working on to make sure that my students don’t go through them,’” Arellano recalled.

Arellano has done a lot to tackle such issues. Within this quarter alone, he has connected over 30 undocumented students to the center’s immigration attorney — more clients than the center saw in 2014 and 2015 combined. While part of that is due to Arellano’s emphasis on providing undocumented students with the right programs and services to address their needs, he acknowledges that Trump’s election as president has also contributed to an increase in students seeking out the center.

“It’s picked up after the election, and I’m sure the need for the service will be high moving forward.”

Despite Arellano’s optimism, the topic of the election looms over the conversation, shading his statements slightly grey. But to understand how much Trump’s election has affected the 270 to 300 undocumented students that Arellano estimates attend UCSD, it is important to understand the legislative progress that has allowed students like Luis to enroll in classes in the first place. Because of the Dream Act, passed by the Obama administration in January 2013, young undocumented people like Luis who were brought over the border as children can now pursue a path to citizenship as well as register for financial aid through the Deferred Action for Childhood Arrivals program.

Luis has a personal connection to this issue. Born in Mexico, Luis and his younger brother were brought to the U.S. by their parents in the hopes of economic mobility.

“They wanted my brother and I to have an opportunity to become more than they were able to become, which was just farmers. They came over. A couple years in, we were living in a household with six other families.”

When it came time to choose colleges, Luis was initially courted by several private school programs which sought to admit high achieving students from low income high schools. He went to interviews for engineering with schools known for their STEM programs like Harvey Mudd and M.I.T., but when he didn’t make the final round of admissions, his options quickly narrowed.

He recalls receiving UCSD’s letter in the mail, the very last admission letter to be sent. It was the only acceptance letter he got. His reaction? “Dang. It’s UCSD. It had to be that one.”

He notes my confusion. UCSD is known for its STEM programs. Most budding engineers would be thrilled. Luis explains that given UCSD’s close proximity to the Tijuana border, the campus is undesirable for most undocumented students. He estimates that UCSD likely has one of the lowest populations of undocumented students because of its location.

“The border is right there,” Luis said. “There are three different border patrol checkpoints three different directions from here. There’s just so many dangers for the undocumented population to come to UCSD. It’s easy to get here, but trying to go back home is the challenging part.”

Because of that, Luis’ family has never been able to visit him on campus. They remained in Los Angeles while Luis moved himself into the dorms his freshman year, alone.

Their fears are not ungrounded. Just this year, 53-year-old Jose Alvarez was deported from Cal State Long Beach’s campus in an incident that rocked the undocumented community. Alvarez was visiting his son — a student at Cal State Long Beach — when he was pulled over by campus police for a broken taillight. When police found an immigration detainer request on his record, they arrested him. According to an article by Ariana Sawyer and Kevin Flores for Press-Telegram, Alvarez was forced to leave behind his six children and wife to return to Mexico for the first time since 1974.

The incident sparked conversations about the need for schools to become sanctuary campuses — spaces which limit local law enforcement’s obligations to interact with Immigration and Customs Enforcement. Such a protocol would have prevented Cal State Long Beach police from having to enforce Alvarez’s immigration detainer request. In fact, Fernando Solorzano, the school’s police chief, announced in May that they would no longer be complying with ICE requests. At UCSD, many are calling for the university to do the same, especially in light of recent allegations that UCSD police were stopping students on campus and asking for their documents.

The story was circulated widely by Facebook users following the election, but was quickly disproven by both Arellano and the UCSD Police Department.

“The UC San Diego Police Department, like UC San Diego and the University of California system, is committed to diversity, inclusion and tolerance,” the UCSD Police Department responded to the Guardian in a written statement. “We work with the campus community to ensure that UC San Diego is a safe space for all and remain committed to equal enforcement of the law and equal service to the public regardless of immigration status … The fact that an individual is suspected of being an undocumented immigrant is not the sole basis for contact, detention or arrest.”

Although proven to be false, the popularity of the Facebook story speaks to how high fear and tensions are between law enforcement, school officials and undocumented students right now.

“After the results of the election, students just kept on coming in, one after another, feeling lost, devastated, with a lot of fear,” Arellano says. “I had to send a couple students to [Counseling and Psychological Services] because they just didn’t feel like coming to school. They didn’t feel like coming to class. This has definitely affected their academics. My goal and the goal of our unit is really just to try to mitigate as many of their concerns so that they can continue with their education.”

But there is hope. Although the Undocumented Student Services Center, as a unit of student affairs, does not have the jurisdiction to push for UCSD’s move to become a sanctuary campus, Arellano is ready to support the needs of undocumented students. He is not the only one.

“Our chancellor just signed a letter supporting DACA and supporting our undocumented students, so I definitely think that even though the campus is not officially a sanctuary campus, we’re working with many partners on campus to make sure the campus is a safe zone for students.”

In his final words, Arellano remains firm. “We’re going to fight any anti-immigrant policies that are introduced by the president-elect. I want to reassure students that they’re not alone. We know that there’s a lot of work to be done. There are going to be a lot of challenges that are coming up, but we’re here for them and their focus should be 100 percent on their education right now.” [icon name=”stop” class=”” unprefixed_class=””]