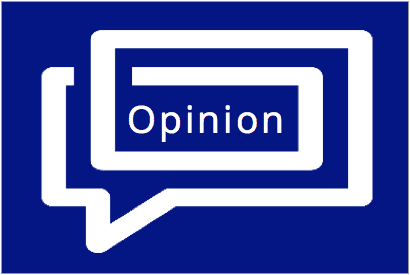 Muslim does not mean Middle Eastern. In today’s world, at least one in five people in the world are Muslim, as cited by the Pew Research Center. Yet, in the United States there is misinformation about the Muslim identity. When thinking of where the majority of Muslims live, you might immediately think of the Middle East. This region, though, doesn’t even have the highest number of Muslim citizens.

Herein lies the problem. So much of the media we are exposed to about Muslims is in regard to the Middle East, so thus the Muslim identity becomes conflated with the Middle Eastern identity. These two identities are not the same, and by believing this falsehood, we limit our perceptions of the Muslim identity. Muslims have a presence much larger than the Middle East, and if they are to make up a fourth of the population in 15 years, we must learn who our Muslim neighbors are and can be. And there’s no better place to go than data from the Pew Research Center.

To start, let’s look at the Asia-Pacific, where a whopping 61.7 percent of Muslims live. That’s three times more Muslims than in the Middle East and North Africa, where only 20 percent of today’s Muslims live. In fact, the top four countries with the highest Muslim populations aren’t even in the Middle East. Indonesia ranks first with over 200 million Muslims, or 13 percent of the world’s Muslim population. For reference, that is roughly equivalent to two-thirds of the entire population of the United States, which in 2015 was 322 million. India, Pakistan and Bangladesh follow as countries with the next-largest Muslim populations in order of greatest to least.

In fact, some of these countries have had as long a history of Muslim population as the Middle East. For example, the first two mosques in India were built in 630 AD. This was only a few years after 622 AD, also known as the first year in the Islamic calendar. It was also before Syria had built its first mosque, the Umayyad Mosque, in 634 AD. Similarly, in China, the Great Mosque of Xi’an was built in 742 AD, only about one hundred years after Prophet Muhammad’s death. It is imperative that we all recognize that not all Muslims are Middle Eastern, and that Muslim history is not confined to the region. Let’s not forget America’s own history with Muslims as roughly 15 percent of African slaves were Muslim according to NPR.

Thus, it is imperative that we expand our image of a Muslim beyond the Middle East. When political candidates make arguments to ban Muslims from entering the U.S. based on the turmoil in the region, they are advocating harmful political policies based on stereotypes. Considering that Muslims immigrants to America come from 77 different countries according to People Press reports, it’s fundamentally wrong to combine all the worries of the community together or ban all Muslim immigrant based on one region. A Muslim immigrant from Syria, has much different worries than one from Bangladesh. It is only after we understand the Muslim identity that we can help Muslims find a safe place in America and the world.