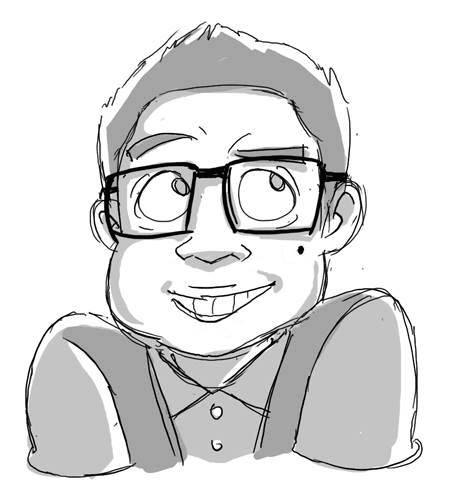 I recently got my heart broken by someone. How do I mitigate the pain? — Anonymous

We’re rapidly approaching Valentine’s season: shaming singles through lavish consumeristic contests on who can most prominently display their affection. Ironically, Valentine’s Day falls within the month of Aquarius, and an Aquarius in Venus is practically the antithesis of romanticism; whoever constructed the Gregorian calendar was obviously a salty Taurus with a sassy “don’t tell me what I can’t do, you frisky eggplants” moment. But natal charts aside, overcoming feelings of heartbreak is a difficult matter because there’s no real blanket-check emergency button.

There are a few procedural steps one can take, however. Obviously, delete them from your life like they’re an old, 72-day-old, tea bag. If you keep treating them like they’re a reusable mason jar that you can automatically resort to, then of course it’s going to be painful. Cut that caca out of your life. Trust: this sounds as obvious as eyebrow maintenance and pink on Wednesdays, but it’s the cardinal rule that everyone breaks. So stop stalking and start shopping; stop texting them and start talking trash. A mani-pedi and a night out on the town — or, if more appropriate, a deep intellectual conversation about metaphysics — will help to eradicate any semblance of the person in your mind, at least in time.

The goal is to forget that they exist entirely. In such a regard, trash-talking only works if you’re ripping apart the institution. Instead of focusing on how much you miss their kisses and kinks, focus on the dismal representation of people of color in television and the psychological correlation between underrepresentation and self-esteem in communities of color. Why bother with their timeless smile when you can critique and bully a business on Yelp because of its blatant disregard toward gentrification. Redirect your anger to the real issues facing America and pull the rhetoric away from whatever frivolous intimacies you’ve had with someone else. You’re better, and you’re destined to do great things, like start a documentary on how Pepperidge Farm isn’t actually a farm or designing a watch that can tell time on time.

To distill this advice down to its simplest form, focus on yourself and whatever that means to you. Surround yourself with friends who actually care about you and are willing to listen to all of your dumb jokes or, better yet, make new jokes with them. Watch movies like Inside Out, critique them for being heralders of gentrification — be angry! — and allow yourself to feel emotions when needed. You’re allowed to express yourself and nothing should stop you. But remember to never stop focusing on yourself. Because, Jesus Hilfiger Christ, that’s why manicures were invented.

One thought on “The Christian Lifestyle: Heart Broken”