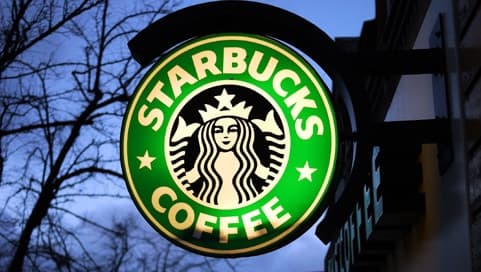 Alas, the green mermaid of coffee has arrived on the shores of UCSD. Approximately two years after negotiations between University Centers (UCEN) and Starbucks began, an oasis of caffeine and WiFi was set to begin fueling students tomorrow at 7 a.m. Since Starbucks is fantastically renowned, it is bound to attract quite a few customers. As such, the added traffic generated by the coffee siren will inevitably bring more business to small local companies, like Lemongrass, that are located mere steps away. However, we have yet to see how Starbucks will impact its competitors on campus. It could very well drive some of them out of business.

Aside from consumer goods, the chain will be pumping in some much-needed revenue in terms of rent to UCEN, which provides students with spaces to commune and study in. Just last April, students passed a referendum to make basic repairs and upgrades while preventing UCEN from being forced to resort to minimal operations of its facilities. Last but not least, students surveyed in 2012 were in favor of bringing a Starbucks to UCSD. Starbucks will undoubtedly benefit students, in terms of the expanded services, as a place to exhibit their art, employment and even through annual scholarships.

On the other hand, it is unfortunate that the university has slowly withdrawn its support of small, local businesses that were once a part of Price Center, like Tia Molly’s. The then-owner, Molly Lee, told the UCSD Guardian in 2001 that the business was doing OK but that the university never supported the family-run burrito joint. Tia Molly’s was eventually replaced by Rubio’s, another example of how UCSD is gradually becoming more dominated by corporations.

What draws people to Starbucks is the fact that it is standard. Anyone who drinks coffee knows that Starbucks coffee is subpar, but there are no surprises. Your triple shot peppermint mocha with two pumps of vanilla and salted caramel on the cup will taste exactly the same, regardless of which Starbucks you go to in the U.S. There are a sufficient number of delectable coffee shops, such as the Middle of Muir Coffee Shop and the Art of Espresso at Mandeville, that are unique to UCSD and offer authentic coffee options. Their names alone let visitors know they will be having a uniquely UCSD experience. Although students may have been in favor of Starbucks, even though Perks is already in PC, it is the sixth coffee shop on campus, not counting the markets.

It is evident that Price Center, now more than ever, resembles any other commercial complex. In spite of UCAB’s efforts to personalize the design, we cannot help but recognize that, at the end of the day, a massive corporate chain is making its home at UCSD. By essentially investing in UCSD, Starbucks may end up having more of a voice on campus than we expect. The addition of Starbucks highlights the increasing presence of corporations on college campuses. Yet Starbucks could quite possibly contribute to an increase in collaboration among students by regularly drawing them from across the six-college system to PC.  People from around the world flock to Starbucks regardless of where they may travel. Starbucks is familiar and provides students with a “home away from home.” Starbucks is the one place they can recognize and feel safe. In spite of its price tag, it brings a sense of stability and comfort in unknown seas. Thus, people form relationships based on a mutual appreciation of prestigiously over-priced coffee and “customized” recipes. The funds and income brought in by the presence of Starbucks may have the potential to save students money. Nonetheless, it is important to remember UCSD is a public university and any attempt to fulfill private interests diminishes the accountability and integrity that one expects from a public institution.