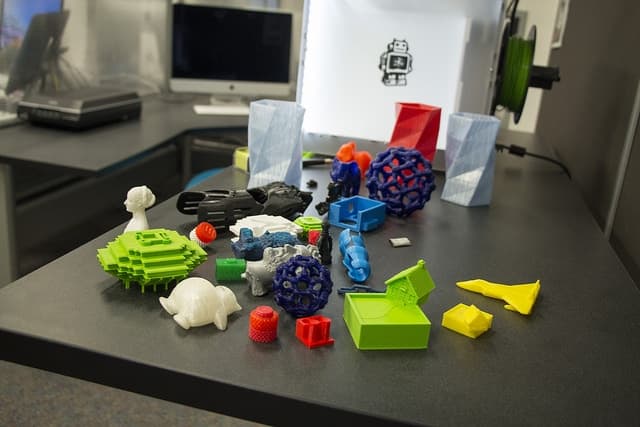 Digital Media Lab Manager Scott McAvoy told the UCSD Guardian that the lab is the first of its kind on campus because it makes 3-D printing freely accessible to all students.

“There are other places on campus that charge $25 per cubic inch, but we’re doing it all for free,” McAvoy said. “[Several] classes on campus already require people to design a 3-D model and print it out as part of their coursework. This lab is the only place where it all comes together and gives everybody access.”

Visitors can reserve a space in the lab for up to three hours on weekdays from 10 a.m. to 10 p.m., and there are instructional workshops available for individuals who are interested in learning how to use the lab’s resources.

Emerging Technologies Librarian Duffy Tweedy said that the digital media lab is not limited to students in technical majors and offers resources to students in all academic departments.

“The idea was to cater to students who weren’t necessarily in media classes,” Tweedy explained to the Guardian. “[These students] wouldn’t, therefore, have a dedicated lab for that department, major and class and would just need to crank out one video or one 3-D print and don’t know where to go. We’re trying to fill in the gaps of the non-media students who have limited needs but still need some expertise.”

The Library has allocated funds from its budget toward the planning and creation of the new digital media lab over the past two years. McAvoy noted that approximately $2 million in donations are still needed to expand the media lab beyond its current location and incorporate new features, such as a virtual reality section.

Eleanor Roosevelt College senior and peer consultant Shaira Tuazon explained that the ultimate goal of the lab was to grow into a much larger facility.

Newly appointed urban studies instructor Emily Verla Bovino said that, though she is not sure her USP100 students will be required to use 3-D-printing technology, she intends to connect them with the lab’s resources.

“I would like to introduce students to the ways they can use things like 3-D printing, prototyping and animation software to visualize space differently, ” Bovino told the Guardian. “There is a design practicum in urban studies and planning, and they do a lot of work with sketch-up and [some work] with 3-D printing.”

“Everyone should take advantage of it,” Nguyen said to the Guardian. “Our goal is to make people aware that this technology exists and is available for students and staff to use.”

McAvoy added that another work in progress is a drone typography program, which would use drone technology to capture images of UCSD’s campus and then generate models of the architecture using the media lab’s 3-D printers.

CORRECTION: An earlier version of this article inaccurately stated that the digital media lab was directly funded by a recent donation of $3 million from Audrey Geisel, which McAvoy implied in an interview with the Guardian. According to the Library’s Director of Communication and Engagement Dolores Davies, the private donation is being used to fund second floor renovations as part of the Geisel Library Revitalization Initiative.