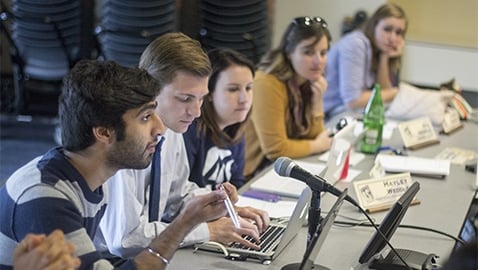 The university may have violated Title IX provisions pertaining to gender discrimination in cases of sexual violence and harassment.

Several California schools have been named to a recently released list of higher education institutions that are under investigation for potentially violating federal Title IX provisions pertaining to gender discrimination in sexual violence and harassment complaints. The U.S. Department of Education Office for Civil Rights included UC Berkeley on the list, released May 1, along with 54 other public and private universities and colleges.

Thirty-one female students made three federal complaints against UC Berkeley, citing that the university failed to protect them against sexual assault. The first complaint was a Clery Act complaint issued in May 2013. The students later issued a second Clery Act complaint in addition to a Title IX complaint on February 26 through the Office for Civil Rights after not hearing back from the federal government for almost nine months.

Title IX of the Education Amendments of 1972 prohibits discrimination on the basis of sex in education programs and activities, including the manner in which sexual assault complaints are addressed. The Clery Act, which only applies to postsecondary schools, requires full disclosure of sexual assault proceedings to both parties and cannot require complainants to abide by non-disclosure agreements.

In a press release, the U.S. Department of Education defined sexual violence, as referred to by federal law, as “physical, sexual acts perpetrated against a person’s will or where a person is incapable of giving consent — including rape, sexual assault, sexual battery, sexual abuse and sexual coercion.”

According to the White House “Know Your Rights” fact sheet on Title IX, “if a school knows or reasonably should know about possible sexual harassment or sexual violence, it must promptly investigate to determine what occurred and then take appropriate steps to resolve the situation.”

“I have allocated resources to create a new position that will assist victims in navigating the reporting process and help survivors secure emotional support and resources in the aftermath of an assault,” Dirks said in the statement. “The Confidential Survivor Advocate position will be a central and confidential point of contact.”

“The federal government did not specify how to implement new requirements, and there are a couple of state bills that may affect UC sexual assault policies,” Converse said. “We foresee continuing to make changes.”

The UC system established a Title IX Compliance Advisory Committee, which includes UC students, to ensure UC Title IX policies are aligned with federal regulations. In addition to the committee, prevention and awareness education programs have been established across UC campuses, along with changes to the wordings of the sexual assault policies.

“It is very important that sexual assault is taken seriously,” Converse said. “We want students to know that we are here to help and that we will continue to review policies and work with them.”

“We have tried to be proactive, both in ensuring that UC San Diego has policies and practices in accordance with [the] Office for Civil Rights guidelines and in encouraging any reports of potential violations of our sexual harassment or sex offense policies,” Chamberlain said. “We have also worked hard to be sure that all of the right offices communicated well with each other regarding particular cases so that investigation and potential discipline processes were fair and efficient.”

“When we learn about an incident, either from a victim or someone affiliated with them, we immediately contact the victim,” SARC Director Nancy Wahlig said. “Then we reach out and make sure they know what resources are available to them and ensure that they get help.”

Wahlig added that SARC is available to students and anyone else assaulted on campus at all hours, seven days a week.