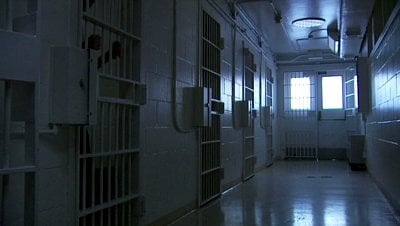 The Smarter Sentencing Act and the recidivism reduction and public safety act would reduce jail time for nonviolent crimes and allow low-risk prisoners to earn credit for early release.

The U.S. prison system is currently in dire need of reformation. Of the staggering 2.4 million American men and women currently behind bars, over half are serving time for nonviolent, drug-related crimes. Each year, billions of taxpayer dollars are funneled into supporting woefully overcrowded U.S. prisons. With drug arrests on the rise, lengthy imprisonment for drug users has proved to be an ineffective solution to our country’s drug dilemma. The Smarter Sentencing Act and the Recidivism Reduction and Public Safety Act offer some relief for this problem by modifying outdated policies.

If implemented, the SSA would be a step in the right direction as it halves many minimum sentences for various nonviolent, drug-related crimes. Mandatory minimums for these crimes are often extreme, with five years considered to be a relatively light sentence. Statistics posted by the National Institute of Drug Abuse claim that in 2012, 23.9 million Americans above the age of 11 had used or abused an illegal drug or medication within thirty days of being surveyed. The increasing normality of drug consumption ultimately proves the social impracticality and inefficiency of employing imprisonment in preventing drug abuse.

Working in tandem with the SSA, the RRPSA would allow prisoners to participate in beneficial educational, instructional and rehabilitative programs. Together, these two bills will pave the way for former drug users’ smooth and quick reintegration into society. Years in prison for a single drug offense is an unnecessarily harsh punishment, and with such an overwhelming proportion of the nation’s prisoners being convicted for nonviolent drug crimes, it is apparent that something needs to change. The SSA and RRPSA have the potential to bring about the positive modifications our prison system so desperately needs.

The “land of the free” has the highest recorded incarceration rate in the world, possibly second only to North Korea’s unknown rate. If America cares to keep its liberty-loving moniker, reforms need to emulate the success of nations on the lower end of the incarceration spectrum, especially Scandinavian countries, where comprehensive rehabilitation programs prevent repeat offenses.

According to the U.S. Bureau of Justice Statistics, 716 of every 100,000 American adults are incarcerated, which is more than ten times Sweden’s score of 67, Denmark’s 68 or Norway’s 71. 67.5 percent of released American prisoners are rearrested within three years, whereas Norway’s figure floats around 20 percent. Clearly, Scandinavia has the right policies, and failing to recognize them as more successful will continue costing American lives.

Bills like the Smarter Sentencing Act and the Recidivism Reduction and Public Safety Act may alleviate the problem, but only by reforming our fundamental criminal justice philosophy can we cure the underlying ills of mass incarceration. While America uses prisons to punish in the spirit of retributive morality, Scandinavia uses prisons to rehabilitate its inhabitants using humanistic psychology. According to Norway’s Directorate of Correctional Service, “you need a reason to deny a sentenced offender his rights, not to grant them.”

The offender’s life should resemble life outside prison as much as possible, in the interests of eventual release. Giving more rights to prisoners might rub us the wrong way, but our culture needs to drop the irrational “eye-for-an-eye” mentality and implement systems that work. Yes, this means prisons with more amenities, education, drug programs and mental health care, but it will free millions of people from the revolving door of American criminal justice, saving money and lives in the long run.

In a nation where over 70 percent of released criminals are eventually reincarcerated, reducing criminal sentences seems like more of an attempt to avoid prison costs than a genuine effort to cut down on crime. Shocking crime figures demonstrate a need to intensify punishment, not to eradicate it. Without harsh incentives to stay out of jail, criminals will simply return to their bad habits right after they’re let off easy.

The so-called “Smarter Sentencing Act” intends to halve the minimum jail sentence for drug crimes, ultimately reducing the consequences for charges such as cocaine trafficking to a mere slap on the wrist. The debilitating effect that these offenders have on society is not adequately reflected in a prison term of just a few years; in order to effectively convey the fact that felonies cannot and will not be tolerated, the government needs to crack down on criminals and establish a stronger deterrent.

There is substantial evidence for the decrease in recidivism brought about by longer prison sentences. A study conducted by British scholars at Birmingham University using statistics from 1994 to 2008 showed that a minor increase of one month in nonviolent offenders’ jail stays resulted in fewer offenses upon release. Clearly, extra jail time motivates criminals to change their behavior, thus diminishing the number of repeat offenders, reducing prison costs and minimizing crime in society.

Justice needs to be less of a buzzword and more of a way to bring peace of mind to those whose lives have been torn apart by the realities of crime in America. The misguided lenience manifested in these reforms must be reevaluated if the government truly wishes to mend our crime-ridden society.