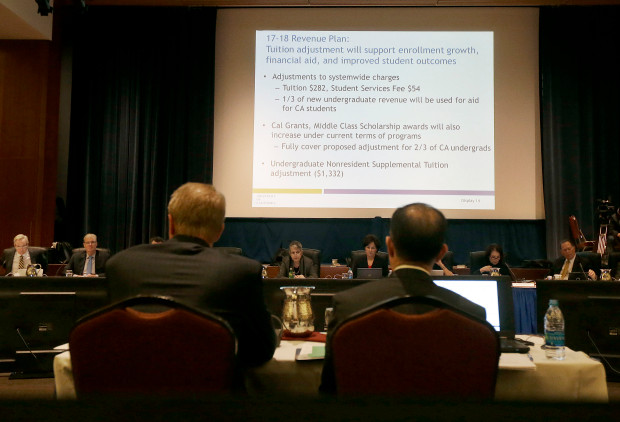 The delay comes just six days after the UC Regents announced that they would vote between two potential models for increasing revenue from tuition and fees. Whichever model they voted to implement would begin for the 2020-2021 academic school year, and continue through 2024-2025.

In response to the announcement, the UC Student Association created and circulated a petition against the proposed tuition increases. As of the evening of Jan. 21, the petition had approximately 1,700 signatures.

The UCSA raised concerns that the proposed models would neither make education more accessible nor affordable. Multiple UCSA members expressed that they felt the regents should allow for more time between the initial announcement of the models and the final, so that UC students could have a sufficient amount of time to respond and provide feedback.

“The University of California has chosen to move the Board of Regents’ vote on the tuition proposal from this Wednesday, Jan. 22, to a later date,” a representative from the UCOP said in a statement to the UCSD Guardian. “We understand and take seriously the concerns by students who have requested more time to consider the proposed plans and welcome ongoing productive conversations with them.”

Varsha Sarveshwar, the UCSA President, spoke to the Guardian about what this vote postponement means going forward.

“I’m just going to think of it as a small victory,” Sarveshwar said. “… one thing that I tried to emphasize is that … the tuition hike is not dead and it’s not going away. They’re just going to talk about it tomorrow … from my perspective the work continues, and we still need to make the case for keeping tuition where it is and not increasing it.”

The UCOP expressed in their statement to the Guardian that they anticipate a “comprehensive discussion” in their Jan. 22 meeting that will provide them with more information to vote on tuition at a later undetermined date. Sarveshwar will address the UC Regents during this meeting to express the UCSA’s concerns.

Photo courtesy of The Mercury News.