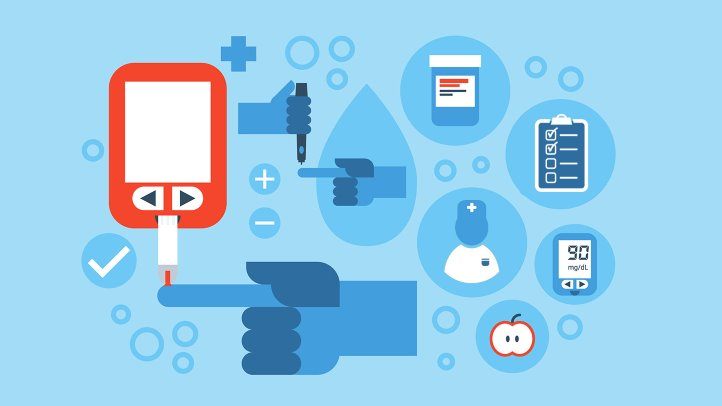 In the United States, one out of every 300 students who enroll in secondary educational institutions deals with some form of diabetes, a condition that results from high blood sugar and insufficient insulin to convert those sugars into energy. In today’s capitalist economy, there’s little to no surprise when it comes to insulin inflation and pharmaceutical companies having a field day with medication pricing. Diabetes affects over 10 percent of the American population, and big name companies like Novo Nordisk or Sanofi have found a way to profit off the condition. With diabetes growing as a threat to the American population, especially college students, it is important to keep the individual’s needs in mind; in terms of medication prices, as well as opportunities to better one’s lifestyle with the condition.

Type 1 diabetes is characterized as an autoimmune disease in which one’s body ceases production of insulin at a very young age, whereas Type 2 diabetes usually develops when the body cannot produce enough insulin or the cells have become resistant to it. Both types of diabetes require some sort of treatment, be it insulin for Type 1 or blood thinners and pancreas-stimulating medication for Type 2. Diabetes also requires a change in lifestyle: eating healthier, getting active, and various therapies can help prevent further health issues like stroke or heart disease. However, both of these medications have been monetized by pharmaceutical companies in the last decade, and prices have skyrocketed since then.

The cost of insulin itself has more than quadrupled in the last 10- years, increasing by almost 600 percent between 2002 and 2015. The price of a single vial, depending on the brand, clocks out to around $270 today, in comparison to $35 10 years ago. Even drug products anticipated to provide a lower-cost option for the market eventually fail to do so; drug trials can last for years on end, providing ample time for their patents to expire. Depending on whether or not one is on an insurance plan, that out-of-pocket cost could range anywhere from $1000 to $7,000 per year.

In 2015, over 93,000 individuals under the age of 20 were diagnosed with diabetes, and over 7,700 were enrolled in secondary education. The average student on UC SHIP, UC San Diego’s campus healthcare, usually pays $2,500 out of pocket each year with no financial aid. The insurance does not even cover all insulins, and much more than insulin goes into managing diabetes.

Outside of medication, students with diabetes must maintain a stable blood sugar level, which means eating healthy, exercising, and maintaining a balanced lifestyle — efforts that seem nearly impossible on campus. Other than salad or soups, many of the dining halls such as 64 Degrees or Canyon Vista offer little to no healthy, vegan, or vegetarian options. Instead, the establishments push hearty meals like cheeseburgers, pizza, or today’s Cafe Ventana’s special, the Koagie Sandwich, which alone accounts for a whopping 142 percent of the recommended daily value in fat. Students should not have to resort to a single dining hall that focuses solely on vegan and vegetarian cuisine in order to find meals that satisfy their dietary needs. As students move into apartments with their own kitchens and are free to cook for themselves, the process becomes a little less tedious. However, it still remains an issue for first-years living in large resident halls with a single communal kitchen.

UCSD does have resources available for those who seek them out, such as nutritional counseling or pre-made meals for people with specific dietary restrictions. However, these resources can be overbearing for students who would like to enjoy college life and maintain a sense of independence, rather than eating pre-made dinners they had no choice in making. UCSD must be held accountable for offering more resources for students with dietary restrictions, whether diabetes or other metabolism-related diseases.

There are appeals processes to receive more funding from UC SHIP, much of which goes unused simply due to the fact that many students are unaware of the opportunity. The health office must work toward informing students of available copays or assistance programs and offer resources to aid them through their transition into a new lifestyle. In addition, Housing Dining Hospitality should take into account on-campus residents’ dietary needs and requirements and make menu choices accessible to students with such restrictions instead of pointing them to the salad bar every night.

One thought on “Opinion: UCSD Must Improve Resources for Diabetic Students”