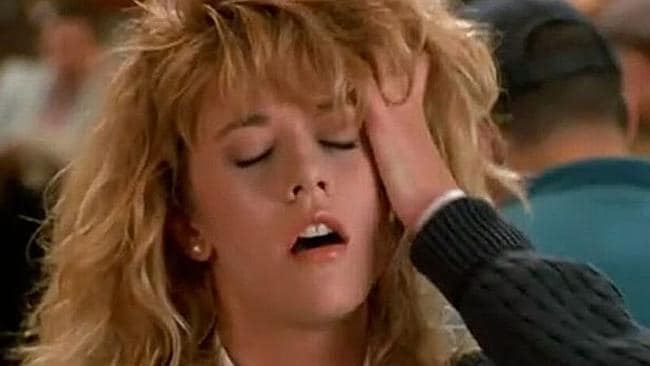 If you are straight and have hooked up with someone in college, congratulations: you are one of the 60 to 85 percent of undergraduates in the United States who have had a casual heterosexual fling. These are prevalent on campus but unfortunately, tend to benefit one partner over the other. Ladies, if it wasn’t obvious in the moment, you probably did not get the same sexual attention you gave to your partner and are far more likely to face social costs for your engagement in casual sex. While men propagate many of the negative aspects of hookups — less pleasure, objectification, and slut-shaming — they aren’t the only ones who can change their behavior to make casual sex more respectful, liberating, and enjoyable for women. So, women of UC San Diego, if you are going to engage in casual sex, I recommend you do a couple of things to give yourself (and other women) a better experience, sexually, and socially.

First and foremost, I suggest you own and discuss your desire for and right to sexual pleasure. Several studies, including a 2012 research study on college students’ sex lives, found that “both men and women reported that men are typically not concerned with women’s pleasure in hookups” and that “both men and women question women’s (but not men’s) entitlement to pleasure in hookups.” Essentially, when a majority of college women internalize and act upon the belief that a woman’s sexual role is purely to please the man in hookups, they are reinforcing that their objectification and lack of similar sexual attention during hookups is OK. Clearly, if women don’t believe and then vocalize that they are equally deserving of sexual pleasure in hookups, hookups will continue to fall short of the gender-role liberating experiences we tend to promote them as.

Unsurprisingly, research also demonstrates that in casual sexual relationships women fail to achieve orgasm most of the time, even with long-term hookup partners, likely because of the understood emphasis on male pleasure. In my humble opinion, you deserve to orgasm, or at least be given reciprocal sexual attention, during casual sex. While women are most likely falling into  subconscious biases during hookups that cause them to avoid speaking up about their sexual wants and needs, this just makes it more important that women voice their desires; by not speaking up, you’re subconsciously feeding into dangerous stereotypes about female sexual subservience and — tragically — missing out on better sex. So, if you want women to be viewed as more than sex objects, and to have better sex, don’t be afraid to ask for some sexual attention in your next hookup. Plus, say, “thank you, next,” to guys who refuse to care about anything other than their own sexual enjoyment.

Just as importantly, consider that how you talk about and react to women having casual sex shapes the larger societal conversation and feelings around women’s sexuality and equality. In my experience, female college students mostly believe they are supportive of women’s sexual freedom and equality; we like to think times have changed. In reality, however, research shows that most of us only support other women engaging in hookups when they talk about them in ways that remove their sexual agency and overt sexuality. According to a 2013 study, women purposefully use ambiguous language when talking about hookups, discount the number of hookups they have, and often blame substances for the actual hookup itself to avoid being labeled as “sluts.” Similarly, a sociological study on the infamous “walk of shame” found that women often feel shame post-hookup because they still feel that they have violated a social norm by having casual sex. Neither one of these conclusions is that surprising, but women must take responsibility for our own role in perpetuating gender inequality through indirect slut-shaming. To reduce that awful feeling of shame for hooking up, for starters, we can listen to Ms. Norbury and, “stop calling each other sluts and whores.” Secondly, when you listen to your girlfriend’s hookup stories, reassure her that she doesn’t need an excuse for why she chose to have sex with anyone, and own that you don’t need a reason either. Lastly, challenge yourself to ask for the details. This will help level the gender-retelling gap and destigmatize your and your friends’ views on hookups.

Women who hookup during college deal with a lot. Society has a long way to go in ensuring college women’s sexual pleasure during hookups and in making casual sex less shameful for women. But, ladies, if you choose to take personal action to solve these large-scale problems, you’ll be making positive changes for your female friends, UCSD’s hookup culture, and yourself, because, if nothing else, at least you’ll be having better sex.