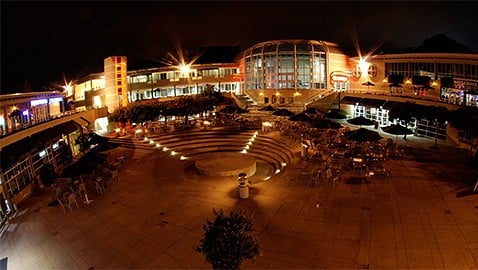 Several A.S. senators proposed doubling the stipends for senators from $20 to $40 during the Week 5 meeting, despite not having sought feedback on the raise from the student body, but the measure was opposed by many of the other council members and ultimately voted down. The possibility of raising the stipends by $10 was brought up at the meeting to pass the summer budget, and a survey to distribute to students to gather input on the increase was created.* However, the survey was never actually sent out and still has zero responses.

Division of Arts and Humanities Senator Johnny Echavarria introduced the motion, and Thurgood Marshall College A.S. Senator Brandon Milledge seconded it . According to Milledge, the executive branch requested the drafting of a survey to register student sentiments regarding the raise. Milledge alleges that while surveys distributed by A.S. Council do allow the representatives to make informed decisions about issues concerning students, this particular survey was intended as a mechanism by the executive members to stall the senators from raising stipends.**

Milledge also said to the UCSD Guardian that the executives personally gain by not raising senator stipends, adding that “executives are the ones personally benefiting from a system that pays them disproportionately more.”

“I’m not sure what personal gain he is referring to,” Gomez told the Guardian. “Originally his plan was to randomly raise senator stipends and then decrease executive stipends, so the conversation was then centered around why some students’ work compensation had to be at the expense of other folks’ compensation.”

Gomez also noted that other A.S. senators called for the survey, which the executive supported.

“[The executive] did not actually demand a survey,” Gomez said. “That was the senators’ idea to do when this conversation was initially brought up in the spring meeting where we passed the summer budget. No one on executive suggested anything in that meeting, and we let the senators have the conversation between themselves in that meeting. In that meeting, they agreed to one another that they would reach out to their constituents to see if it would be ethical to raise their own stipends and to get the word out about this conversation to their networks.

Gomez added that the senators did not ultimately open up such a dialogue with their constituents, so when the motion to increase stipends came up during the Week 5 budget meeting, Vice President External Caroline Siegel-Singh simply reminded them of their prior commitment to transparency.

Although the motion before A.S. Council that was introduced by Echavarria was to literally increase the senator stipends, Milledge says that the intent of the motion was actually just to allow for a debate on the possibility and not to put the raise into action.

Milledge additionally explained that he informed the rest of the college senators in a group chat that the motion was for debate purposes only and not to pass the increase.

Gomez, who had not been informed by Milledge or any other senator that the motion was intended to allow for discussion, explained that there are other avenues under Robert’s Rules of Order, the procedures used in A.S. meetings, that Echavarria and Milledge could have used to start a discourse.

“When we need to have conversation or debates on topics, usually people will bring up the topics in other parts of the agenda that would allow for more discussion, such as a special presentation or something where the speaker could take questions or get on the speaker’s list in order to make a comment regarding the situation,” Gomez said. “While there is no direct way to debate there are other ways to do so, and everyone knew ahead of time when the budget was happening and when exactly it was being passed, so there was time to prepare for that conversation and have it properly in Senate to discuss if that was the motive for the motion.”

Milledge also claimed that the proposed increase in the motion was $20 to $30, but the motion in the most recent meeting was indeed to raise it to $40 instead.

Edits were made on 11/26 to reflect updated information.

** Milledge later changed this statement saying that a senator called for the survey, not a member of the executive board.