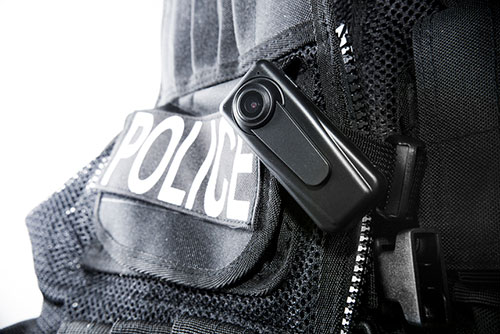 The sordid history of policing in the UC system has yielded contrasting perspectives: The administrations of the respective campuses see police as a tool to subdue often wild student populations, whereas many students see the police as a militarized force whose looming presence seems out of place. Debates around policing, especially following instances of police brutality, continue to redefine the role of campus police. However, this semifluid view of police and their place on campus obfuscates the essential question of whether police ought to exist on university campuses at all. Even if some regulatory force has a place in higher education, there are alternatives to a body whose past is riddled with abuse.

Campus police set roots in the UC system in 1947 when the Regents first approved their creation. Though their jurisdiction extends to the properties owned and operated by the Regents, the UC Police Department gains power from the same statute in the California penal code, section 830.2b, that gives “peace officers” statewide authority. Since then, UCPD has made a name for itself. It has a history of police brutality, often levied disproportionately against protestors and minority students. The Free Speech Movement of the 1960s immediately comes to mind in the context of police violence. In a state-sponsored abuse of power, police engaged in aggressive counter-protest efforts, which led to bruises, broken bones, and the largest mass arrest in the country at that point. This contentious relationship has changed very little since then. Over the past few years, protesters in Berkeley’s Occupy Wall Street demonstrations and Antifa protests, for example, were pepper-sprayed, shot with non-lethal bullets, and battered.

UCPD’s history of violence speaks to the fundamental issue of policing on university campuses. Intuitively, there is no place in higher education for an armed force. Students living and learning at a university constitute neither a threat to the general welfare that demands constant surveillance, nor a privileged class more deserving of social services than any other group. Regardless of a person’s view of campus police as a whole, but especially given their reputation for excessive force, the rationale that argues a heavy police presence benefits students falls short somewhere.

So much of history has actually seen the two groups pitted against each other because campus police have always served to quiet a disquieted population. Students do not enter academia in order to initiate protests, but they do often fall into very progressive and very outspoken categories. Campus administrations station police at every event and protest, not because their presence fills the student body with some homely sense of security, but because if students get too rowdy, there is a way to shut them down. The notion that police limit property damage and violence during demonstrations falls short of the fact that conflicts tend to escalate when police take a more hands-on approach.

As it stands now, campus police do more harm than good, but there is an alternative to officers roaming the campus. Areas across the country, including Los Angeles and New York City, have found that shifting to community-based policing curbs crime in their most violent areas. The UC system currently employs Community Service Officers to escort students at night and provide ride services. Rather than funding the nearly two dozen police staff on this campus, UC San Diego ought to encourage the UC police to invest in student directly. By training CSOs and student volunteers who have already integrated into the campus, UCSD can staff a professional community watch group while limiting the involvement of a militarized body. Police are still necessary to charge offenders with crimes, but this approach recognizes that the police are not the be-all and end-all of addressing issues within a community.

Regulations regarding university campuses are a contentious issue, one that leaders of Associated Students are trying to address. But the last 50 years has not seen a need for police on UC campuses. Rather, students and activists have continuously called for limits and regulation. Moving forward, the UC system should concentrate on making policy surrounding policing student-centered rather than police-centered. Community policing allows students to meet each other at their own level and rejects a state-approved, violent body.

2 thoughts on “A History of Violence Necessitates Campus Police Abolition”