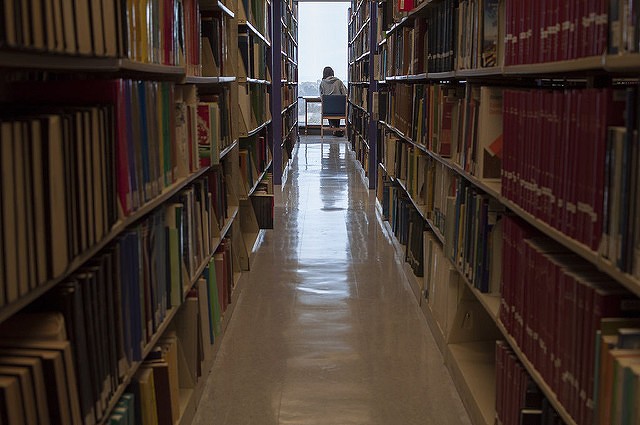 In January, UC San Diego’s Associated Student Council submitted a proposal to stock the A.S. Essentials machine in Geisel Library with Plan B. The aim was to make the emergency contraceptive more easily accessible to students.

The library ultimately denied the proposal. Instead, it suggested installing a new vending machine in Price Center East.

In its official denial, the library cited the MOU, or Memorandum of Understanding, that was first drafted when the Essentials machine was installed. It states that A.S. Council is in charge of stocking and maintaining the machine, and establishes a process of proposing and approving new items.

Currently, the machine dispenses what are considered “standard supplies of interest to UCSD students.” Mostly, the Essentials machine sells items that promote library study. The MOU allows for limited health supplies like Tylenol or DayQuil. Any new health-related products must be approved before they are added.

Emails obtained by the UCSD Guardian show that A.S. Council did not seek approval before announcing the proposal and that the library may have been planning to reject the idea before it was formally submitted.

Exchanges within library administration indicate that it first heard about the senators’ plan to stock the vending machine with Plan B when it was reported by the Guardian and other sources, and had not been previously informed of the idea by A.S. Council. When Siegel-Singh spoke to the Guardian for the initial article on her plan, she did not indicate that she still needed approval from the library before taking action even though protocol requires that A.S. Council consult Geisel administration before adding items to the Essentials machine.

In an email from Jan. 8, Director of Learning Spaces Kymberly Goodson wrote to Associate University Librarian Catherine Friedman, “I have mixed feelings, though not strong ones in either direction (other than the frustration over them not following the MOU and consulting us in advance).”

Friedman responded, “it does sound like you do need to get back to [the A.S. Council] and let them know this came to our attention, and according to the MOU they need to go through the agreed-upon process which may or may not result in these supplies being in the vending machine in the library.”

“A case can be made that basic painkillers … contribute to activities that students are performing in the library, while the same can’t be said of contraceptives” Goodson wrote in an email to Friedman. “If a campus group/unit/individual opposed this and raised an issue with it, it would be hard to make a case that this fits in the library’s scope.” This email was sent on Jan. 8, but the proposal wasn’t submitted until Jan. 17.

An hour later, Goodson sent an email to A.S. Council stating, “There’s no strong academic reason for placing these items in the library vending machine. Furthermore, as you know, according to the recently re-signed MOU, A.S. Council must go through the agreed upon process for approval of ‘limited health-related items’ that might be included in the machine.”

It also appears that there are several other people, in addition to the library administration, who need to approve new health-related items that were not included in the MOU.

On Jan. 30, Executive Vice Chancellor for Academic Affairs Elizabeth Simmons sent an email to Interim University Librarian Tammy Dearie. In it, she states that “the MOU between Geisel and A.S. Council needs to be reworked.”

Simmons also notes that the University Librarian and its designee do not have sole authority to decide which healthcare products should be sold in vending machines. “Such decisions are made in the broader context of consultation with the EVC’s office and health-related offices serving students.”

The MOU is designated to terminate in June unless it is rewritten. The official campus statement reads, “A meeting is currently being scheduled for the two parties to conduct their annual review with the goal of signing another MOU before the end of June.”