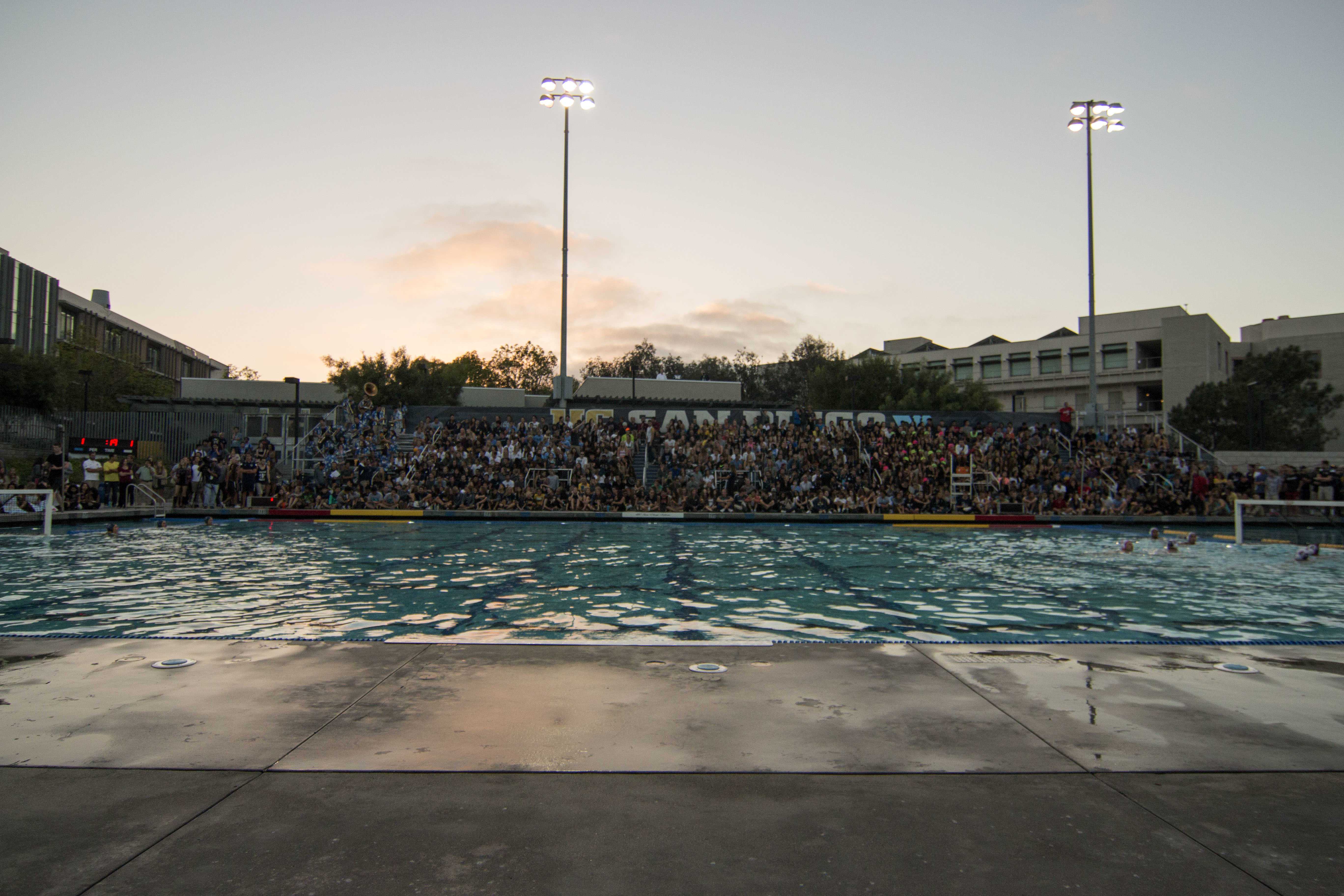 This past summer, the UC San Diego men’s water polo team traveled to Europe to compete in various matches and to immerse in water polo culture. The team made stops in Croatia, Hungary, and England, countries in which water polo is very popular. The trip was funded largely by a private donation.

Deputy Director of Athletics Wendy Taylor May said that the Athletics Department worked in accordance with UCSD’s International Center faculty, the NCAA, as well as Federation Internationale de Natation, which administers international competition in aquatic sports.

In Budapest, Hungary, an international hotspot for water polo, the team trained at the Budapesti Vasutas Sports Club. During the players’ time in the city, they had the opportunity to watch the FINA world championships. They then travelled to Croatia, where they were able to compete in the Adriatic Sea. Finally, they travelled to England, the birthplace of the sport, and flew home from there.

In the past decade, only a handful of the school’s teams have been able to travel abroad to compete. This issue is compounded by the immense financial expense of sending a team overseas.

In records obtained by the UCSD Guardian, the cost of travel and lodging was more than $45,000 for the trip. These expenses were paid for with money privately donated to the athletics department. Without generous donations like the one that helped pay for much of the trip, the team may not have been able to go.

In addition to a huge financial burden, travelling abroad may be a major conflict for an athlete’s rigorous training schedule. May said that this makes the chance to compete internationally an especially unique opportunity for athletes at the school.

“For a lot of our athletes, the option of participating in a study abroad program is unavailable because it may conflict with their schedule or jeopardize their eligibility,” May said.

Junior utility Kevin Asplund said that athletes most likely wouldn’t want to take a semester away for this very reason.

“Almost every athlete would certainly not take a quarter abroad during their team’s season, which is the only time of year their eligibility would be affected, and the off-season for water polo is still rather intense training wise,” Asplund said. “I don’t think any of our team members would want to miss that much time.”

May and Heather Ledezma, the athletics department’s assistant director of business operations, told the Guardian that they are hoping to work with the International Center in order to create an alternative. Their goal is to form a program similar to Study Abroad that allows athletes the opportunity to travel overseas without conflicting with their commitments to their teams. This would mean that athletes wouldn’t need huge donations from private donors but would have to fund their trips themselves.