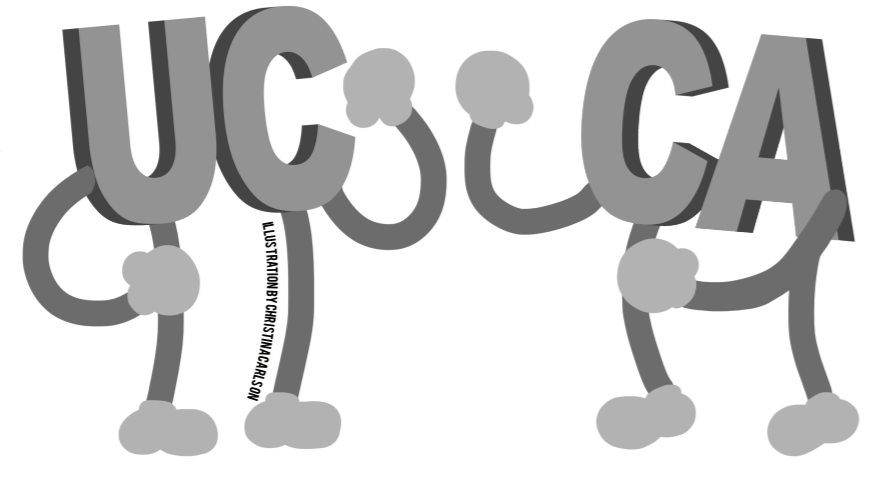 If you want to prove someone has done something wrong, then follow the money. That is exactly what state auditor Elaine Howle accomplished during her investigation into the UC Office of the President. Her report, released last April, uncovered $175 million in undisclosed funds and a whole slew of money mishandlings. UC President Janet Napolitano has offered convenient excuses to explain away what appears to be the blatant misappropriation of funds. But these excuses fail to cover up obvious organizational issues and disinterest in transparency which lead to the accumulation of vast untapped resources. Consequently, the audit forces students and faculty of the UC system to agree with its recommendations for increased oversight and accountability in the UCOP budget.

Of the $175 million in the undisclosed budget, Howle identified $32 million unspent from the campus assessment, the fee levied each year against the UC system’s 10 campuses. Further, a considerable portion of the surplus resulted from the UCOP spending significantly less on various initiatives than the amounts appropriated from the Board of Regents. Napolitano argued that much of these funds have been allocated to other projects but failed to provide a full list of initiatives and their costs. Howle was quick to point out UCOP’s interference with the investigation. Email evidence proves that UCOP reviewed, and subsequently altered, the responses of two surveys given to the leadership of each of the 10 campuses to look more favorably upon the UCOP. All in all, the report concluded with 33 suggestions for administrative change, all of which Napolitano approved under the threat of withheld state funding: these included regulation of employee wages and benefits and the adoption of alternative methods of state funding.

Though it is unfair to argue that UCOP has been actively lazy or incompetent in its budget practices, the UCOP has ignored glaring administrative issues — and the voices which call for change — that belie its efficacy. The most blatant mistake is the reuse of estimates from previous years in determining the budget for its system-wide initiatives. This resulted from UCOP’s inability to track the individual costs of the initiatives. Budget vagueness results in confusion when managing funds, such as when $910,000 of program funding that was excluded from the system-wide initiatives section of the ‘15–’16 budget. By taking to time to annually review the continued priority and costs of each of the initiatives, the UCOP can prevent the accumulation of unneeded funds, which amounted to about $32 million from the campus assessment in the 2015-2016 year. Furthermore, the UCOP’s hindrance during the investigation due to editing surveys takes this from a possible case of naive money mishandlings to a purposeful subversion of trust. Its laborious attempts to ameliorate the optics of the situation robbed itself of the opportunity to receive constructive criticism on its processes. This disaffirms its genuineness in accepting the suggestions put forth by the audit, and paints a bleak picture for the future relations of stakeholders and the UCOP. These issues represent just several of the many holes in the UCOP organization.

Officially, the board of regents contains a budget review committee to weed out these issues within the UCOP administration. However, the significant budget bloat in the UCOP calls into question the regents’ qualifications to oversee the UCOP. Many of them lack experience in educational institutions, originally working as lawyers, politicians and businesspersons with close financial ties to the governor who appointed them. For instance, Sherry Lansing, former CEO of Paramount pictures and current regent, gave donations to both of the governors who appointed her prior to her tenure. An absence of expertise in education prevents the regents from seeing issues with budgets which do not support students in the fullest. For example, the 2015-2016 budget, approved by the regents, allocated as little as 40 percent toward student assistance programs and campus maintenance. By taking a back seat in the process of creating the budget, the regents neglected their obligation to ensure the budget is neither lazy nor wasteful. If the regents had compelled the UCOP to justify its budget as the committee is meant to, the UCOP would be forced to update its estimates of costs, thereby limiting bloat and expense to campuses. Though they assume the role of a guide for the 10 campuses, the regents have become complacent and therefore require third-party assistance. A private contractor who monitors the ebb and flow of UCOP spending would ensure that policies are slim and compact. That is to say that the UCOP can stop relying on quick and easy methods of augmenting its funding, such as the active recruitment of out-of-state students, who pay higher fees and tuition hikes.

To be sure, the audit unearthed a staggering amount of unspent, undisclosed resources. But more concerning than that is that the audit indirectly shined a light on the organizational deficiencies of the UCOP and the board of regents. The UCOP’s sloth in defining the changing costs of its programs, and its unwillingness to improve its administration, comes at the cost of its public image. And the regents’ complacency and lack of relevant experience render them unqualified to properly supervise the UCOP. Though the logistics will be decidedly harder to implement than they were to type on this page, changes at the highest level of the administrative staff of the UC system are imperative if such staff are to maintain their obligation of accessibility and accountability to their students and faculty.