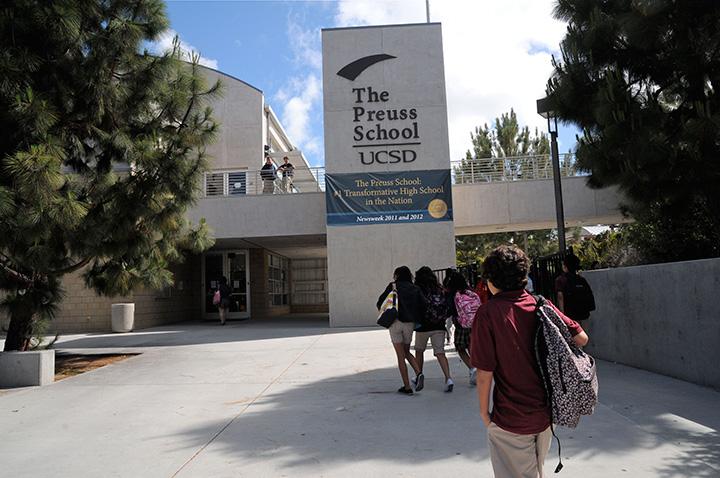 Preuss School teacher Walter Solomon, who had been convicted of child molestation two years ago, is now facing a lawsuit after his initial dismissal from his teaching position at the charter school. The molestation began in 2015 when the unnamed, female victim was 17 years old.

After discovering the teacher’s inappropriate conduct, he was placed on administrative leave in May 2015. Now, two years later, the family is publically suing both Solomon and Preuss School for failing to act in a timely manner to ensure student safety.

“When you go to send your child to school, your child should be protected,” the victim’s mother said in an exclusive interview to ABC 10 News. “At Preuss School that did not happen.”

When the UCSD Guardian reached out to the Preuss School for information, they were unwilling to disclose any information beyond an official statement due to the pending litigation.

“Walter Solomon was a science teacher at the Preuss School,” the statement read. “Once the Preuss School administration was informed about the possibility that Solomon engaged in inappropriate behavior with a high school student in late May 2015, the school immediately contacted UC Police. Solomon was placed on investigative leave and forbidden from coming onto school property or having contact with students or staff. His employment with the school was terminated.”

The victim’s attorney, Steve Estey, has experience and expertise in dealing with cases of institutional child sexual abuse. He explained the process of “grooming” that often occurs in situations like these, where young students grow slowly accustomed to being touched around the predator or pedophile over weeks and months.

“When you drop your kid off at school, you have no choice but to trust the school has taken the time and effort to make sure that sexual abuse doesn’t happen in schools,” Estey told the UCSD Guardian.  “When you know the statistics that one in four children will have been sexually abused by the time they’re 18, that’s such a big problem … When juries hear that a child has been sexually abused on campus, they’ll look at the school and say ‘How could this happen under your watch?’”

In the case of Walter Solomon, Estey cites evidence that there were red flags about his conduct many years before the current case. He was allegedly known as ‘Pedo,’ short for pedophile, among some of the students.

“Many years before Solomon sexually abused my client, he had been zip-tying some of the hands of female students and doing inappropriate things to them,” Estey said to the Guardian. “They didn’t put any additional supervision on him, so what he did was he was grooming the female students over a number of years.”

Etsey expressed an optimistic outlook of how verdicts like these, with large financial outcomes, have the potential to foster positive change in institutions and systems.

“[I]nstitutions don’t take notice of a verdict of half a million, but when it’s $10-20 million, that’s when they will make changes,” Etsey said emphatically. “Other industries will look at them and say, ‘What did they do down there in San Diego to get hit by a big verdict like that? We need to make sure we’re doing things so we don’t get hit with a verdict like that.’ We can create positive change with larger verdicts.”

Correction: This article has been updated to reflect that Solomon was placed on investigative leave in May 2015 and not, as the article previously stated, suspended in October 2015 and placed on probation for three years.