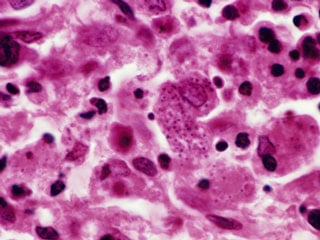 Kala Azar, also known as Visceral Leishmaniasis, is the second-largest parasitic killer in the world and is one of the most neglected tropical diseases, meaning it is less researched than diseases like Ebola. The disease is endemic in more than 70 countries with approximately 200 million people at risk of infection. About 90 percent of the cases are seen in India, Bangladesh, Brazil, Sudan and Nepal. Kala Azar is caused by a parasite that is spread to humans through the bite of an infected female sand fly. Most infected by the fly bite will not develop symptoms in their lifetime, but the cases that develop the infection and go without treatment will most likely be fatal. Having HIV/AIDS can also complicate the infection and the treatment due to the already vulnerable immune system.

The female sand flies serve as a vector for the Leishmania parasite, which causes the infection. Sand flies feed on humans and animals in order to produce eggs, and if the blood drawn contains the Leishmania parasite, the next person or animal bitten will be infected and develop leishmaniasis. After a few months, the disease can advance to Kala Azar which is a more severe form of the disease. The initial symptoms of Kala Azar are skin sores and ulcers at the bite sites, as well as fever and weakness. If the disease progresses, the immune system goes under attack, resulting in symptoms such as appetite loss, night sweats, dark ashen skin, thinning hair and weight loss.

The most effective diagnostic methods are invasive, where tissue samples are collected from the spleen, lymph nodes or bone marrow. There also various laboratory tests that can help with the diagnosis, including blood tests to look for the parasite or the infection. Antimony- containing compounds are the main treatment course for leishmaniasis. These compounds are given as a 30-day course of medication through intramuscular injections. These drugs can be somewhat toxic and are associated with some risk for the patient, but those that are treated and cured of Kala Azar typically develop immunity for the rest of their lives. Cure rates are relatively high for this disease, but treatment before the immune system is attacked results in the best outcomes. Physicians in areas where the disease is endemic focus on prevention as much as possible rather than focusing on treatment after infection, encouraging mesh netting around beds, using insect repellent and wearing protective clothing.

Students from five universities in India, the UK and the U.S. have been brought together to find new drugs for visceral leishmaniasis treatment. They will be working with a compound that kills two types of parasites that cause visceral leishmaniasis. Their current goal is to find compounds more suited for oral administration that would be easier to use in the field and would have fewer side effects than the current drugs available.