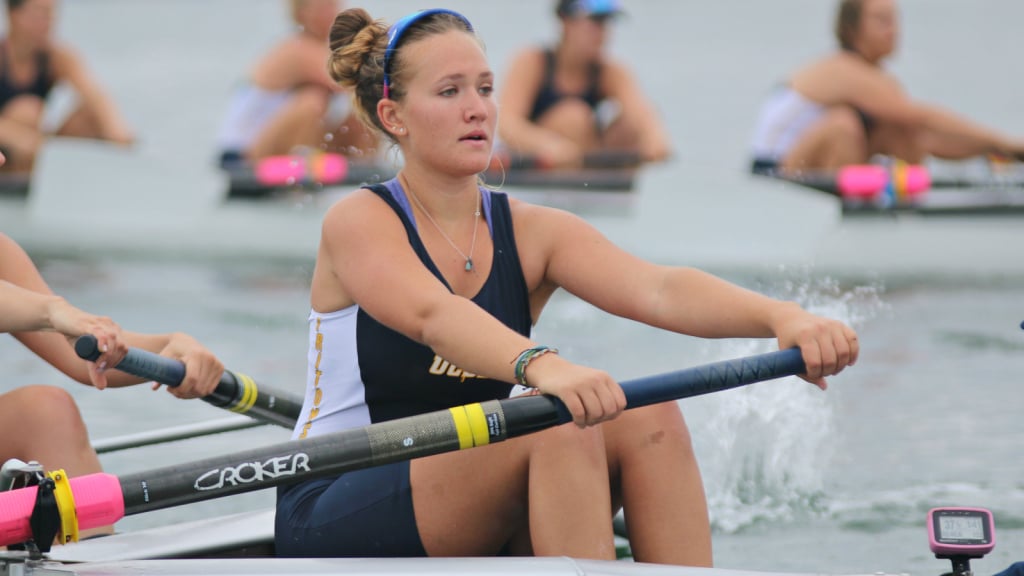 The UC San Diego women’s rowing team competed in the Dad Vail Regatta on Friday, May 12 and Saturday, May 13.

On Friday, the Varsity Eight crew placed second in its heat, finishing with a time of 6:53.911. The second-place finish sent the Tritons to the Grand Finals the following day. In the Varsity Eight DII/DIII Grand Finals, UCSD finished in fourth with a 6:39.931 time behind the University of Central Oklahoma (6:32.902), Florida Institute of Technology (6:34.816) and Mercyhurst University (6:38.996).

UCSD’s chances of securing a berth in the NCAA Championships increased as a result of the success of both crews. The qualifying teams will be announced on Monday, May 15 at 2 p.m. on NCAA.com. Should the Tritons secure a spot, they will head to Lake Mercer in West Windsor, New Jersey May 26 through May 28 for the NCAA Championships.