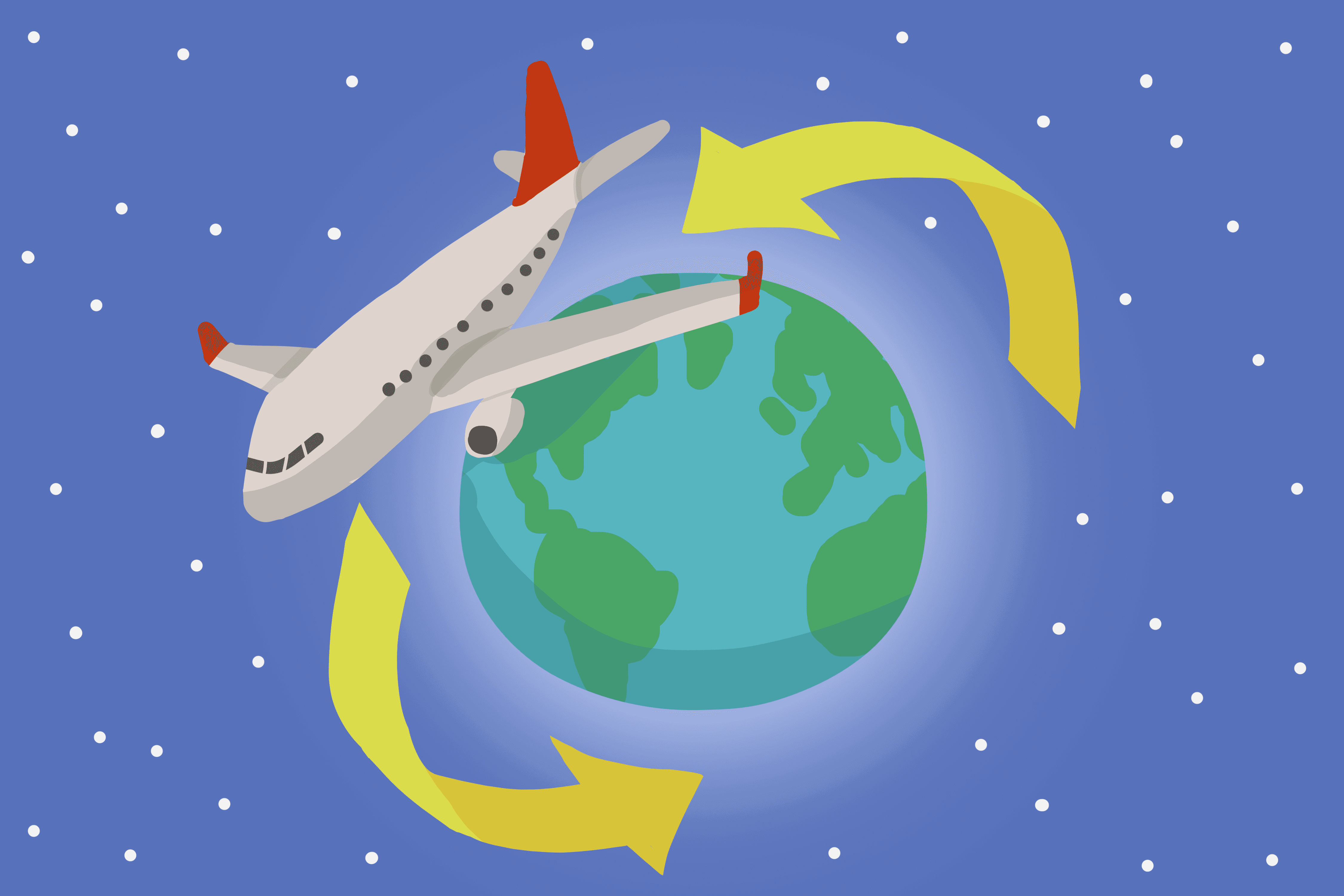 Study abroad or extended summer break? The academic sphere is increasingly becoming a global laboratory where new and old ideas, cultures and ways of thinking coincide to bring a sense of learning that transcends the traditional classroom. Spending a summer in Spain, a spring in South Africa or a season in South Korea helps cultivate what Eleanor Roosevelt College might deem “a global citizen.” Taking major courses abroad is a privilege for many and leads students to understand that education is a much more complex field that encompasses cross-cultural relationships, self-discovery, global understanding and bi-national friendships. As the spring quarter begins to wind down, preparation for studying abroad overseas (or even on the seas!) begins to take flight. The UCSD Guardian met with a few students who shared their own experiences abroad or are currently preparing for their own escapade away from San Diego. Read on to hear more about their thoughts and tips in making that trek to classrooms abroad.

“I picked the Netherlands because I have always wanted to go to Europe, and it is in a very centralized location that can facilitate quick traveling to other neighboring countries. However, I also needed to choose a program that ends mid-May, since I need to be able to come back in time for commencement. I’ve heard from my friends who have gone abroad that it is difficult, at first, to adjust to a new culture, so I’m expecting to be a bit homesick at first. However, I hope that resolves quickly so I can really immerse myself in the experience as much as I possibly can.

[As of] right now, I am just trying to get the paperwork together for my application. I’ve also met with my major advisor multiple times trying to fit all of my requirements in. Since I am going to be gone winter and spring quarters, I am losing a quarter, so I’ve had to adjust my schedule to accommodate. Managing to be a student on top of preparing isn’t bad. I’ve just had to schedule various appointments with the study abroad office, my major and minor advisors and my college advisors, but all of the appointments are quick. [Overall,] out of my study abroad experience, I am hoping to make lifelong memories and friends. I am most excited to travel around Europe and explore the Netherlands as well as other countries that I will be traveling to and just be able to experience something outside of my norm. I think that being exposed to new norms and a new culture will give me a new perspective and make me more aware of issues that are outside of my small bubble.

“I chose this program not necessarily because it is in Scotland, but because it will cover a whole year of physics in one summer. It’s just a great deal time-wise and would allow me to pursue a possible double major with Human Development later on. So I expect to be constantly busy — in a good way! I know that this physics program will be intense since it will cover the whole year, including labs. When I’m not in class or studying, I’ll definitely be out and about.

I have a friend who will be going on this program with me, and his twin brother from UCLA will be going too, so we’ve been talking about and planning weekend trips and other activities that we want to do together. It’s a little difficult because we are still waiting to hear about what is being planned for all the [University of California Education Abroad Program] students. But anyway, my cousin from UCLA also went through this program last summer, so I’ve been reaching out to her and other friends who have studied abroad to get tips. My greatest struggle will be packing everything into one suitcase, especially because I know I will want to bring back so many gifts and souvenirs!

I’m looking forward to living somewhere outside of southern California for a while. I say that I love to travel but I haven’t actually had too many opportunities to do so. I hope that when I return, I will have a better sense of independence and that I will have made new friends from other UC campuses and hopefully ones that live in Scotland or other parts of the world too! Scotland is such a beautiful place and Glasgow is right in between the countryside and cityscape, so I’m excited to see the landscape and the architecture. I’m expecting many castles! I’m also eager to meet the people, who have a reputation of being extremely kind and welcoming. My dad will also be flying to Europe at the end of the program, and we’re going to meet in London before traveling for another 10 days (without the stress of physics looming over me). I know that I will be running into at least some hardship while I study abroad. Whether that’s traveling alone for the first time, managing my studies and wanting to explore Scotland, getting lost or anything else. But, I know that I will be able to handle it, so I’m excited for that sense of accomplishment!” 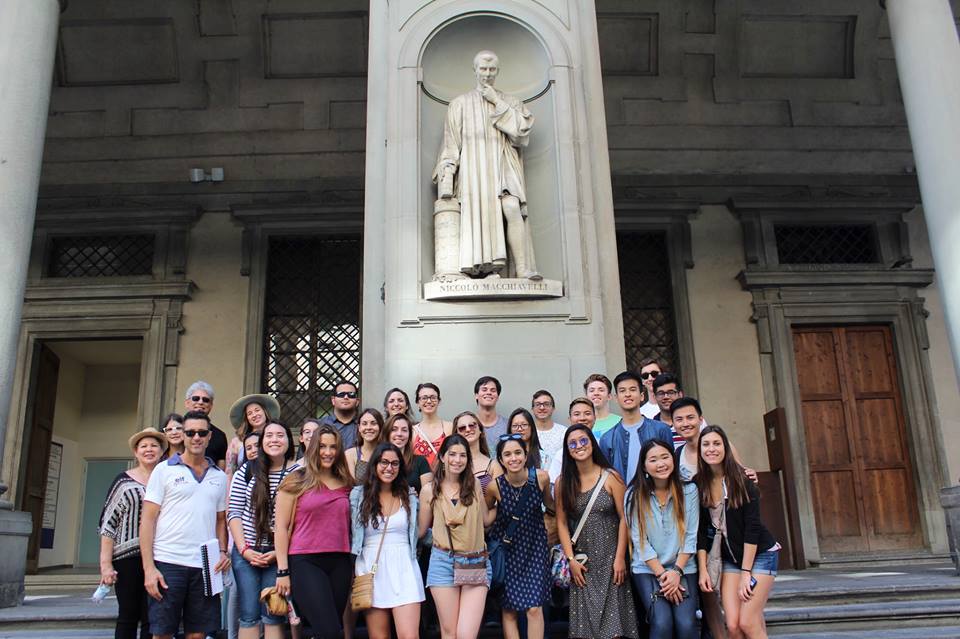 Ever since arriving at UC San Diego, my heart was set on studying abroad. I was hungry for the opportunity to explore a completely new and unique culture in a capacity other than as a tourist. I had traveled in the past, but only for short periods of time. I wanted to truly immerse myself in a place foreign to me.

As my time at UCSD progressed, I began to grow more concerned with my major and coursework. I  became fearful of taking time away from campus to study — that’s when I heard of the Global Seminars program. UCSD Global Seminars are five-week study abroad sessions that are led by UCSD professors. They range from a broad variety of locations and disciplines and include two courses, for a total of eight units. When I discovered there was a program for the Cognitive Science Department, I was sold. Professor Jaime Pineda led a group of 28 students to study Mirror Neurons and Drugs and Behavior in Parma, Italy.

Parma, Italy is awarded as UNESCO’s “creative city for gastronomy.” The city is famous as the birthplace of prosciutto ham and parmesan cheese, which became staples of my diet while abroad, whether I liked it or not. More importantly, Parma was the discovery place of Mirror Neurons, the subject I was taking an entire four-unit course on. What better way to learn about them than to be inspired by the very institution that first found them? We even had the opportunity to have a guest lecture by the man who had discovered the neurons, Dr. Giacomo Rizzolatti, along with a full behind-the-scenes tour of his amazing laboratories.

Being in Parma came with other advantages. The city is relatively small and is not known as one of the main tourist attractions of Italy. And while it came with its downsides — all stores closed in the afternoons while the shopkeepers went home for lunch — it allowed our group to really interact with the locals and have an authentic experience. We shopped where the locals shopped, ate where the locals ate and sipped on afternoon coffee where the locals sipped on afternoon coffee. We quickly learned of the Italian tradition called “aperitivo” where you would pay for a beverage and get buffet style access to a spread of fancy appetizers and would spend nights overstaying our welcome at local bars.

Additionally, our leisurely Monday through Thursday 9 a.m.–1 p.m. class schedule allowed us to make short excursions on weekends. During my five weeks studying in Italy, I was also able to visit Zurich, Prague, Cinque Terre, Vienna, Florence, Rome, Milan and Como, all with new friends on my three-day weekends. Along with this time in Europe came unforgettable memories; the places, sights, food, knowledge and, most importantly, people, will hold a special place in my heart forever.