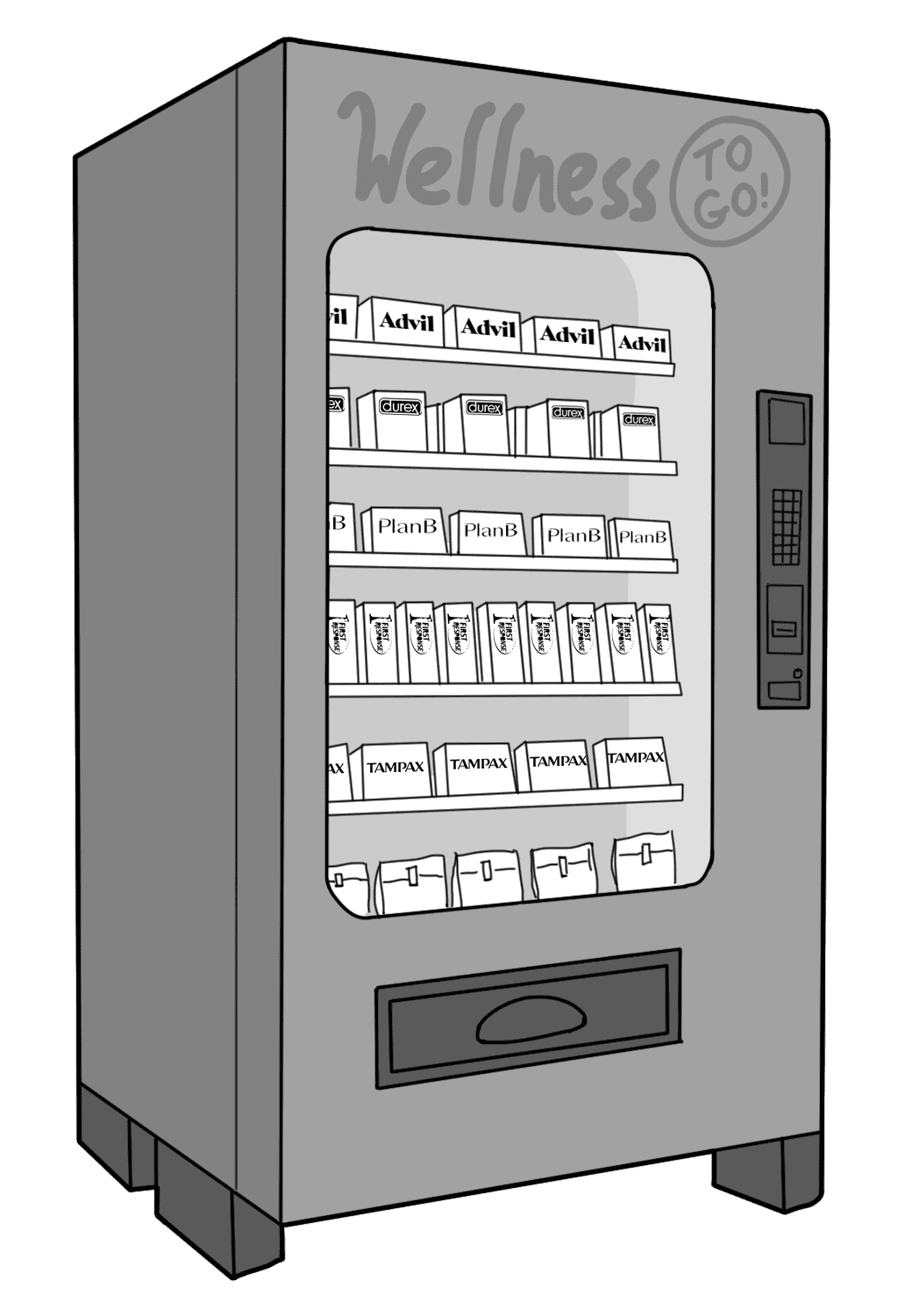 In April, UC Davis became one of the first universities to install a new vending machine called the  “Wellness To Go” machine. Rather than selling the typical candy bars and sodas, this machine provides students at the university with health resources such as tampons, condoms, pain relievers, pregnancy tests and, most importantly, emergency contraception pills. Parteek Singh, a former student senator at the university, was finally able to install the machine after working for two years to convince the school’s health services to make an initiative. Having faced rejection at its first attempt and receiving dubious remarks from his peers, Singh refused to give up on his plan.

Yet it’s obvious that Singh’s plan would prove to be fruitful when considering the statistics associated with college students and their engagement in sexual activity. According to researchers examining the hookup culture that is widely present today on college campuses, 59.3 percent of students nationwide engage in sexual activity at least once a week, and 31.6 percent have multiple sex partners. In another study conducted by the American College Health Association, 51 percent of students at the University of Texas at Austin admitted to not using condoms the last time they engaged in sexual intercouse. Within this group, 23.3 percent reported using emergency contraceptives and 1.3 percent had an unplanned pregnancy. Having barely been available to women without a prescription or under the age restriction since 2013, the pill has led to a massive decline in unintended pregnancies among adolescents and poor women. Even then, Plan B is still one of the very few brands of emergency contraceptives that are sold without these restrictions.

Students must have access to these products in order to prevent unintended pregnancies, which are often found at stores on-campus. However, this does not inhibit them from being judged by others nearby or simply feeling too shy to purchase these resources. In a survey conducted by The Family Planning Association, 52 percent of 2,000 females aged 16 to 24 surveyed admitted that they’d feel embarrassed to purchase emergency contraception, while also believing many misconceptions associated with it. Therefore, vending machines can become a more efficient alternative since they can provide students with the same products while simultaneously creating a judgment-free environment. At several universities in China, for instance, vending machines were installed that sell self-testing HIV kits in order to encourage students to get tested while also providing the same judgment-free space within a society that rejects HIV victims.

Aside from alleviating concerns regarding judgment, the vending machines would provide more convenient accessibility. According to experts, the brand Plan B One-Step has an 89 percent effectiveness rate when taken within 72 hours after unprotected sex, and a 95 percent successful rate within 24 hours. Evidently, the sooner the person takes it, the better chances they have of preventing a pregnancy. Eliminating inaccessibility that comes with limited store hours, a vending machine would reduce their chances of getting pregnant by allowing students access to the pill 24 hours a day, seven days a week. At UC San Diego, despite Student Health Services offering two brands of emergency contraceptives for relatively low prices, the center is not open on the weekends or evenings. Vending machines could also facilitate students’ access to emergency contraception by having it within close proximity rather than having them walk or find transportation to the nearest drug-store, especially for students who don’t have cars. At UC Davis, the vending machine also sells the product at a cheaper price than pharmacies do. Plan B One-Step is typically sold for about $40 or $50 at stores, yet, at their vending machine, the pill only costs $30.

While the machine dispenses a variety of sexual health resources, the choice to include Plan B has made headlines nationwide, likely due to the stigma surrounding emergency contraception for women. As one UC Davis student noted, “you can hand out condoms like candy. You can’t just hand out Plan B.” By providing accessibility to Plan B in these vending machines, UC Davis is proactively helping women manage their reproductive health through private, safe means, while normalizing contraception usage on college campuses. Even though they have experienced some criticism by a few students, it seems that the university does not plan to remove the machine anytime soon, and it shouldn’t. In fact, others like Singh have been trying to help other universities install vending machines that sell emergency contraceptive pills with hopes that other schools will follow in their footsteps. Although it may be too soon to be certain, vending machines for sexual health resources could have the potential to reduce pregnancy rates among college students without them having to fear judgment.