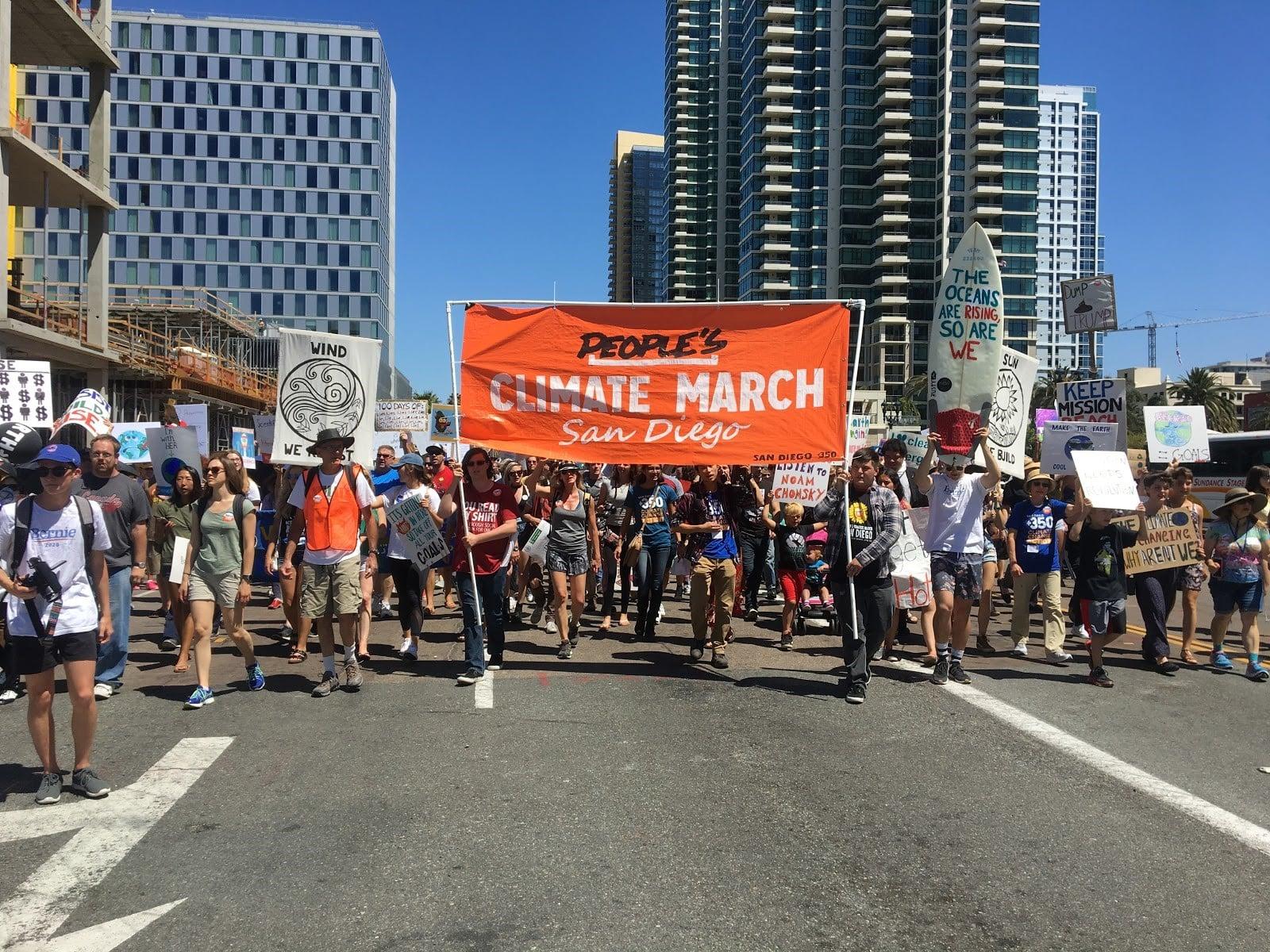 The march started with live music, informational booths, fun activities, a kid’s zone with games and speeches at Waterfront Park. People were socializing and were even sharing the posters and flyers they made at home to use during the march.

Kelkar told the UCSD Guardian why climate issues matter to our generation and are urgent while being able to inform people how they can make a difference.

“In our lifetime, we will lose the coral reef, witness increasingly extreme weather events, experience the sixth mass extinction and see an exacerbated refugee crisis as people are displaced due to drought and disaster,” Kelkar said. “I worked on fossil fuel divestment, worked to push community choice energy in San Diego and worked on collectives that made a lot of change on campus such as the plastic water bottle ban and consumer waste.”

Hector, a protester who requested to keep his last name anonymous, mentioned that it is important to attend these marches and show the government our disapproval of their actions.

“I have personally experienced many violations at protests. At the Dakota access pipeline protest, I and various individuals were sprayed with water cannons and [had] tear gas [thrown at us], which I still feel the effects of,” Hector said. “However, that did not stop me, and I will continue to protest the government and show them my disapproval. It is important to gather and let them hear our message: They are destroying the earth, causing the earth’s climate to rise and [letting the] future [deteriorate] for future generations, and we will fight back.”

Bryant Jew, a marine biology major at UCSD, talked about why it is essential to act and how he hoped to see more involvement from students and collaboration with other colleges.

“I hope to see more student involvement with the UC San Diego Student Sustainability Collective, and we also want to continue collaborating with other colleges on sustainability like community choice energy,” Jew said. “Climate change is a pressing issue, and 30 to 40 years from now we will see the effects, and by then it will be too late to do anything about those effects, so we have to act now. We need our elected officials to see that we want changes, so protests are a good way to show that. We might also have 350 come to campus to talk about the legislation that’s going through city hall right now and give a brief overview of legislations.”