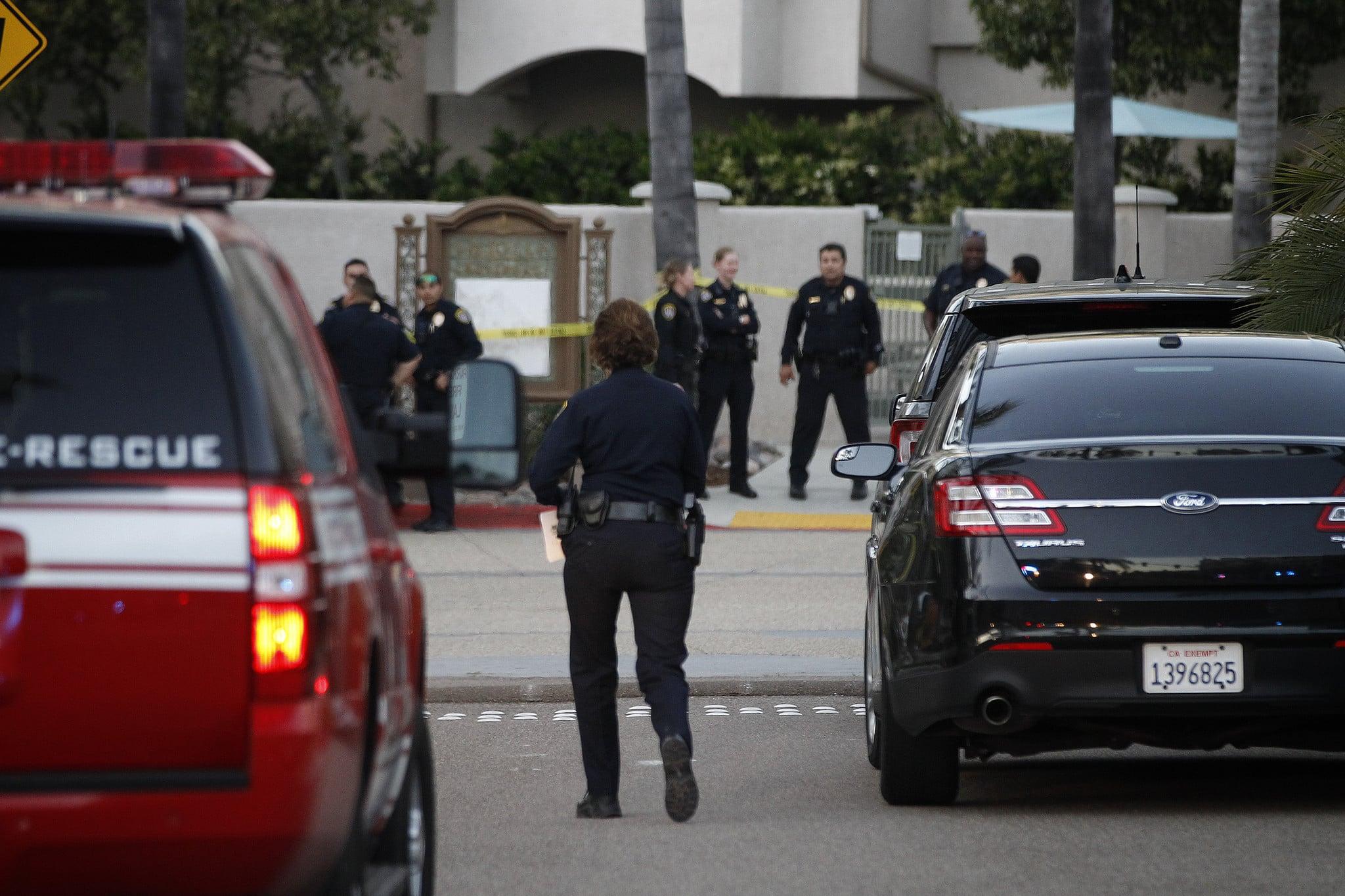 One woman was killed and seven other victims were wounded after a gunman opened fire Sunday evening at the La Jolla Crossroads Apartments pool, where a number of UCSD students live. The shooter, who was killed by police after they arrived on scene, has been identified as Peter Selis, a 49-year-old white man.

Police responded to the apartment complex after receiving reports of gunfire from multiple witnesses at around 6:07 p.m. The San Diego Police Department’s helicopter was the first to arrive, with the pilot observing what appeared to be Selis reloading his pistol, followed by dozens of police officers and other emergency response vehicles. According to Police Chief Shelley Zimmerman, three officers approached the pool area, and after Selis seemingly pointed his gun at them, the officers shot him.

In this morning’s press conference, Zimmerman explained that Selis and his girlfriend had recently broken up. Sources say that Selis was “despondent” over the breakup. After the first round of shots, he called his ex-girlfriend and told her that he shot two people. He kept her on the line, phone in hand, and began to shoot again.

Two UCSD students were sitting in a hot tub in the pool area when Selis opened fire and slowly moved toward a wall. One of the students, sophomore Kaela Wong, told the UCSD Guardian that she did not hear Selis on the phone with his ex-girlfriend, although the San Diego Union-Tribune reported that she was able to discern Selis threatening to shoot a woman if she did not stop assisting one of the wounded.

Another of the witnesses who had been at the pool at the time the shooting began told local reporters that there had been a birthday party and although none of the guests seemed to recognize Selis, the birthday boy invited him to join the celebration. The witness then explained that Selis declined and continued sitting in one of deck chairs, giving no indication that he was about to open fire, first shooting at random and then targeting specific guests.

Multiple other witnesses stated that the majority of the party attendees were African American. In this morning’s press conference, Zimmerman said that there is no evidence to suggest that this was a hate crime. Rather, she described it as a “spontaneous act of violence” and that Selis wanted his ex-girlfriend to know that he was shooting people.

Zimmerman further noted that Selis and at least one of the party attendees are residents of La Jolla Crossroads.

Of the eight victims transported to area hospitals, three black females, one of whom is now deceased, two black males and one Latino received treatment for gunshot wounds. The police previously reported there were four black females who were shot, but later announced that one of the women was actually Caucasian. One black male received treatment for a broken arm he incurred while fleeing the scene. Two are in critical but stable condition.

The investigation into this mass shooting is ongoing, and the San Diego Police Department has requested that anyone with additional information or video come forward.

This is a developing story. Check back for updates. Additional reporting by Rosina Garcia.

5 thoughts on “Seven Wounded, One Killed in Mass Shooting at La Jolla Crossroads”