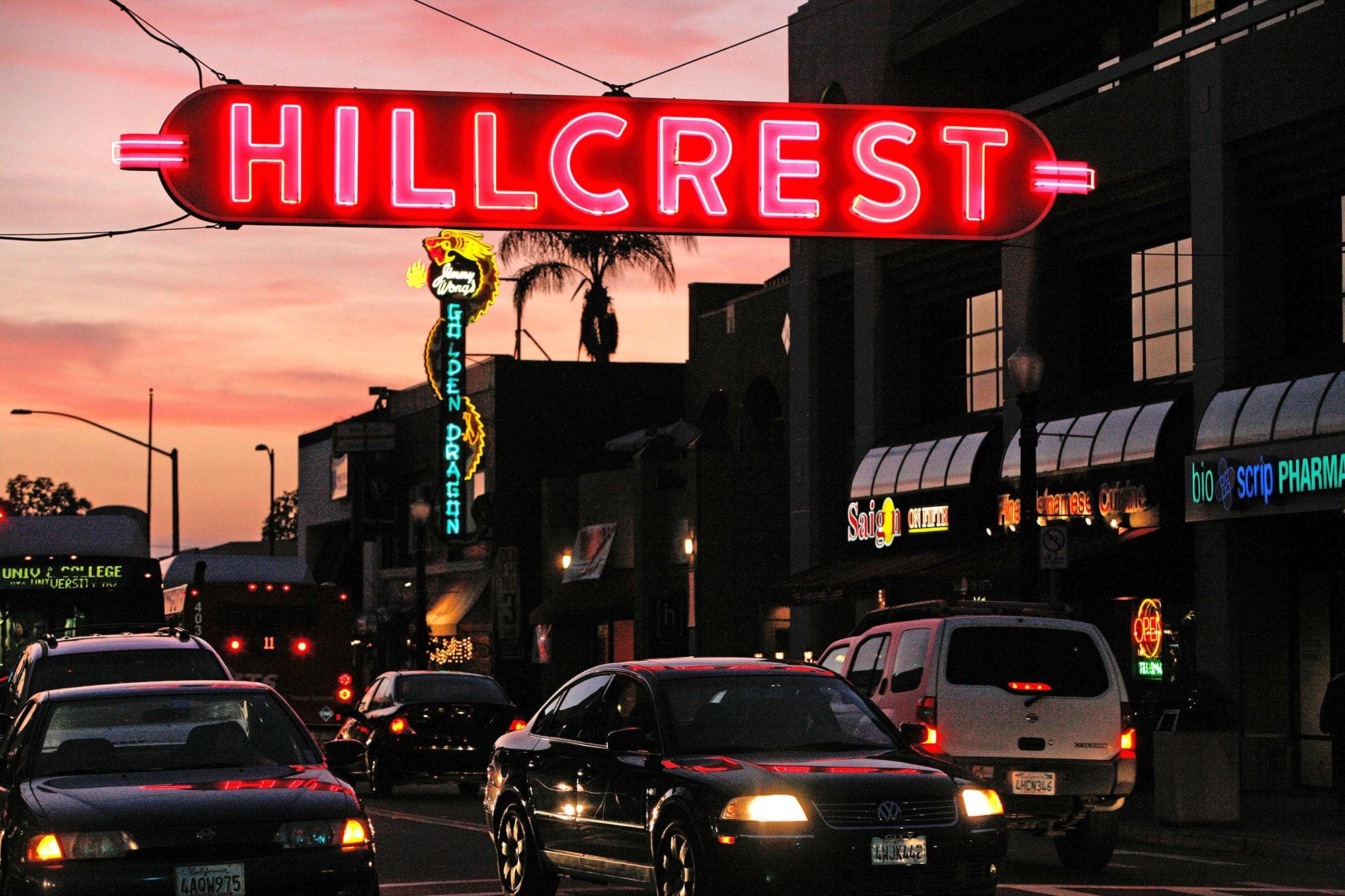 Hillcrest, otherwise known as San Diego’s “gayborhood” much like Los Angeles’ West Hollywood, has served as a local bastion for gay community and activism for decades. Unique for the peaceful juxtaposition of its frenetic nighttime go-go boys and its cozy elderly population, Hillcrest has always strived to honor its original moniker “the gay-nineties.” This illustrious history of flamboyancy once situated San Diego as one of the top five cities in LGBT population, according to UCLA.

Hillcrest’s history as a nexus of queers, however, now stands in the face of a study which relegates San Diego’s prestigious top five seat to 32nd in terms of LGBT population.  This appears to be a part of the growing trend across the United States showing the decline of gayborhoods.  Researchers have pointed to the gentrification of these areas as the cause for this decline. And its effects are starting to reverberate.

In many ways, Hillcrest followed the same progression that many gayborhoods follow in their transformations into gay havens. During its time as an underpopulated and lower-income area, gay people flocked to Hillcrest seeking affordable rent and amicable treatment.  They soon began to dig their roots; “definitely, the bars came first” followed by LGBT-owned clubs and clothing stores and overpriced coffee. Gay people, enticed by the lively, accepting, and – most importantly – cheap scene quickly followed suit. Then in time, Hillcrest as a lively hub of gay life was born.

But gay people were not the only ones attracted to the area by these factors. As its reputation as an original niche grew, the gay residents unknowingly invited what researcher Petra Doan called “the exploitation of gay capital.” The culture created and maintained by gay people interested their straight counterparts who figured they might as well ingratiate themselves into the existing community.

While the interest and influx of straight people into the area increased demand and raised property values, these gains are made on the backs of the gay residents. The gay population saw themselves and their business forced out by large hikes in rent.

Some researchers explain away these concerns by claiming that gay people are reaping what they sowed in revitalizing low-income areas. This is to say that producing wealth there pulled the rug out from under later LGBT migrants. This ignores obvious coordination between city planners and corporate interest to displace gay locally-owned institutions.

The most egregious example of this occurred in 2015. City planners were developing The Uptown Plan, which decided future regulations on a number of areas including Hillcrest. A lobbyist for a realty company incorporated 100 pages of changes which gave them the right to build with “unlimited height and density, and to bulldoze nine square blocks” of Hillcrest’s main thoroughfare. At the same time, the city opposed naming the area as a historic gay district, which would have interfered with these construction plans.

When corporate greed comes with the cost of a community, that community loses its voice. Raunchy clubs and dirty underwear shops aside, Hillcrest is a locus of gay activism. Its community members, in coordination with the local LGBT Resource Center, do more than fill a desperate need for resources from HIV testing to temporary housing. They also serve as the vanguard for gay rights contentions.

This ability to congregate safely creates the real power and value of a community. There is strength in numbers. The problem arises when this community is taken for granted. In Hillcrest, like plenty of other gayborhoods, commercial interest exploits the community until it no longer exists. However, on UCSD campus, it is LGBT students who often take advantage of the existing community by reaping the rewards of earlier advancements without seeking to pull them further. Given that LGBT students are not fighting corporations like their counterparts in Hillcrest, the entity hindering a lack of a community is the lack of campus-wide coalition-building itself.

When looking at LGBT and gender-inclusive housing, and the LGBT Resource center , students should applaud our queer predecessors for a job well done. These resources have improved the quality of life for LGBT students, but there will always be more work to do. On college campuses, LGBT students are two to three times more likely to drop out, and 56% of those students cite a lack of belonging as their reason for leaving, according to Stonewall Organization. Those that stay experience higher rates of assault – and the highest rates of sexual harassment – than any other group. Harassment is especially common for transgender students, and queer students of color.

No one is asking for every queer within a five-mile radius to take up a sword and fight for our rights and safety. But when UCSD provides a number of resources for LGBT students, it’s silly not to take advantage of those fully. The funding, housing, and advising issues which stifle many LGBT neighborhoods are not the issue on campus. Here, the resources are waiting for students from our universities many campuses to unite and take them.