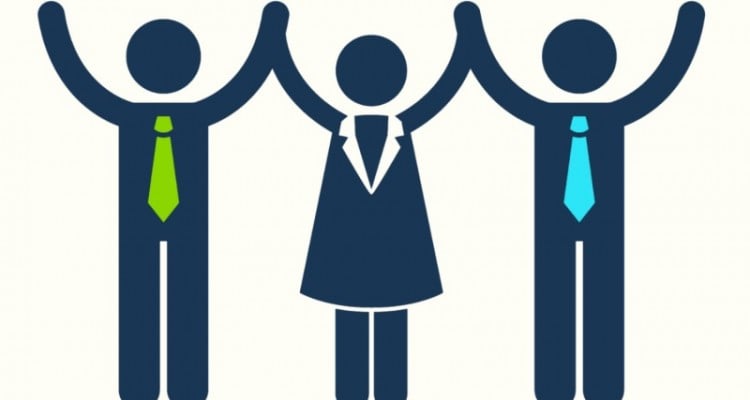 “Millennials are lazy, narcissistic and entitled,” writes the baby boomer author of an article inevitably containing at least one image of a teenager taking a selfie. This tired characterization seems almost inescapable in the discussion of what it means to be a member of Generation Y. Yet, sweeping generalizations of an entire population only perpetuate the cycle of blaming younger generations. Criticizing, rather than understanding, the moral vision of young people harmfully devolves the understanding of social progression and, because of this, mischaracterizes and others our generation.

Without acknowledging the shifts in ideological framework that have taken place over previous decades — namely that toward inclusion and empathy — there is no potential to understand Generation Y beyond stereotypes. From baby boomers to Generation X to millennials, there has been a significant increase in diversity in the American population, a trend driven by the late 20th-century wave of Hispanic and Asian immigrants, as expounded by Pew Social Trends. Today, half of the newborns in America are non-white. Exposure to a wide breadth of values, socioeconomic backgrounds and personal histories has allowed our generation to develop moral relativism and empathy for others. As per Pew Research, in America, 68 percent of millennials favor allowing same-sex marriage in comparison to 48 percent of baby boomers. Seventy-six percent of millennials believe immigrants strengthen the country through hard work, while 48 percent of baby boomers say the same. Twelve percent of millennials are “faithful vegetarians” compared to one percent of baby boomers. Taken together, these principles look less like narcissism and more like inclusion and empathy. Through open-minded connection to others, millennials represent a growing trend toward celebrating diversity and individual importance.

Individualism is further integrated into cultural networks through the advancement of technology. Millennials, who grew up alongside technology, take advantage of its possibilities through both individual expression and access to information. Social media is an open platform of expression, and selfies are a medium of self-appreciation. These are products of the times, forms of regaining a sense of self as individualistic and powerful. In addition, the widespread access to information has evolved the relationship toward the authority figures traditionally guarding information, as elucidated by Scott Hess, senior vice president of human intelligence for Spark SMG. Personal access to information gives millennials the capability to question authority and develop opinions beyond the reaches of our teachers and parents. With the world’s knowledge at our fingertips, the idea of the “individual” is empowered. Today, it is more possible than ever for one person alone to learn, to speak and to create change.

Defining individualism as selfishness or entitlement is deleterious because it lacks historicization. When millennials are deemed “narcissistic” because of the prevalence of selfies, the issue is defined as that of millennial devolution instead of a technological evolution. “Can you imagine how many frickin’ Instagrams of people playing in the mud during Woodstock we would’ve seen?” asks Hess in his TEDx talk advising companies to market towards youth. “I think, in many ways, you’re blaming millennials for the technology that happens to exist right now.” Furthermore, changing moral structures leads to novel methods of solving problems. Despite lower voting rates and lack of patriotism compared to previous generations, young people are “interested in social change and finding creative, innovative ways to make a difference that are in a way more effective than the systems of the past,” says social impact strategist Erica Williams Simon. Those who turn to Facebook to shed light on a social issue or join protests against discriminatory legislation are utilizing the tools of our generation to be passionate, vocal and reactive to injustices, and they’re reaching audiences of hundreds, even thousands. It’s an unapologetic shift in power.

Criticizing youth has been commonplace for centuries. Socrates is often quoted as saying children “have bad manners, contempt for authority.” In 1990, TIME published an editorial complaining about young Gen Xers, defining them as having short attention spans and “craving entertainment.” Yet, if changing social structures follow current trends, blaming future generations will not only be hypocritical — it will be retrogressive. Generations after us are only going to further embody empowerment, individualism and inclusivity. It has already begun manifesting in the news industry, with outlets, such as Mic, breaking barriers in journalism by tailoring news to young people. Diversity will continue to rise; the U.S. Census Bureau even projects a non-white majority population by 2043. In the words of Megan Tan, the host of the “Millennial” podcast, “You don’t need to go through a company in order to do the thing that you want in life anymore. I don’t think that’s entitlement; I think that’s just a shift in the times and young people recognizing that and being able to take action.”

One thought on “Empowerment, not Entitlement: My Generation Y”