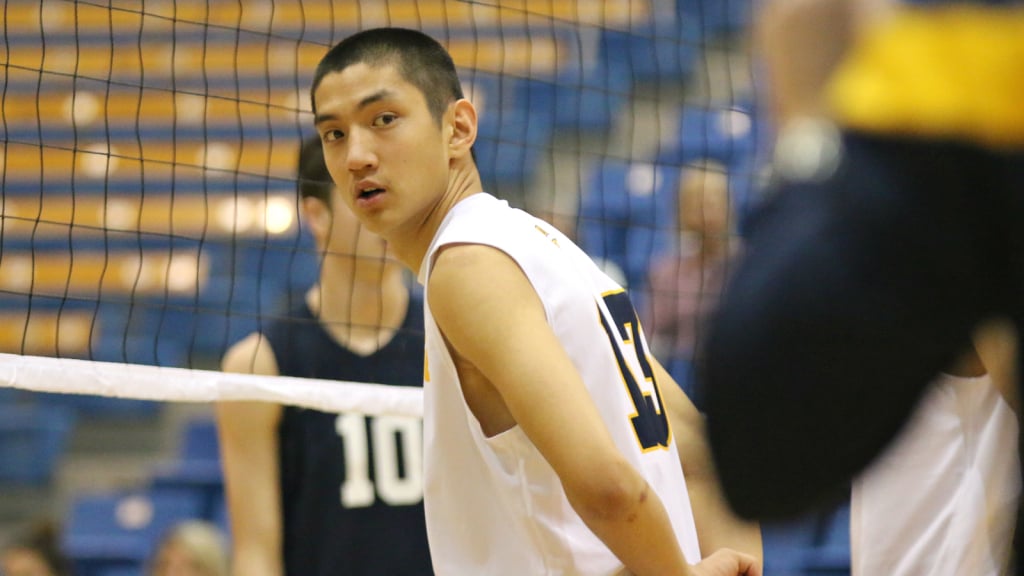 Coming off of its win against the University of Southern California, the UC San Diego men’s volleyball team were busy last week, playing three games at home. The Tritons beat No. 13 Cal State Northridge but fell to No. 5 University of Hawai’i and No. 2 Cal State Long Beach, putting their record at 5–7 overall and 2–6 in the Mountain Pacific Sports Federation.

The Tritons played a close first set, edging out their competition 27–25. The next two sets were easily won, however. A couple of kills from junior setter Tanner Syftestad and a service ace from senior outside hitter Ian Colbert sealed the Tritons’ win.

UCSD never relinquished its lead in the second set, handily winning 25–13. Going up 9–3, the Tritons solidified their lead early on in this match. The Tritons capitalized on Matador service errors and worked together to block the Matadors from narrowing their lead. Redshirt junior middle blocker Bryan Zhu and Syftestad worked together to earn a couple of blocks.

Though the third set started off close, the Tritons were on a roll and ultimately won 25–14. Syftestad had 14 kills in the game, six of those from the third set. Syftestad holds a game-high 20 kills, but this quick sweep — the Tritons’ first of the season — prevented him from meeting that mark again. Junior setter Milosh Stojcic aided his team in earning a season-best offensive percentage (51.6 percent) with his 31 assists.

UCSD vs. University of Hawai’i

Even though the Tritons had a couple of days of rest in between games, they were unable to defeat the Warriors, losing in three matches.

The Tritons seem to like those close first matches, as they were neck and neck with the Warriors for nearly half the match. Unfortunately for UCSD, a couple of attack and service errors sealed their fate, as they lost 16–25. The second match was a similar affair, with the Tritons losing 15–25.

UCSD put up a good fight in the third match, but there was no room for error. UH was a bit sloppy, giving away eight points to attack errors. But it wasn’t enough for the Tritons, as the Warriors won 25–23.

Even though the unranked Tritons lost to No. 2 Cal State Long Beach, the Tritons gave their competition a run for its money.

In the first match, the Tritons could not keep up with the serves, as the 49ers earned four of its last six points with service aces. The final score was 25–14. The Tritons were looking to bounce back and narrow Long Beach’s lead, as Syftestad’s six kills in this match kept them competitive, but a service error at the end of the match gave the win to Long Beach (25–19). The third set was the closest of the night, but again, the 49ers could not be stopped, as the match ended in a 25–20 loss for the Tritons.

Syftestad led the team in kills, with 16, while Stojcic again led in assists, with 30.

Next up, the Tritons will be traveling to Utah to play against Brigham Young University on Friday and Saturday.