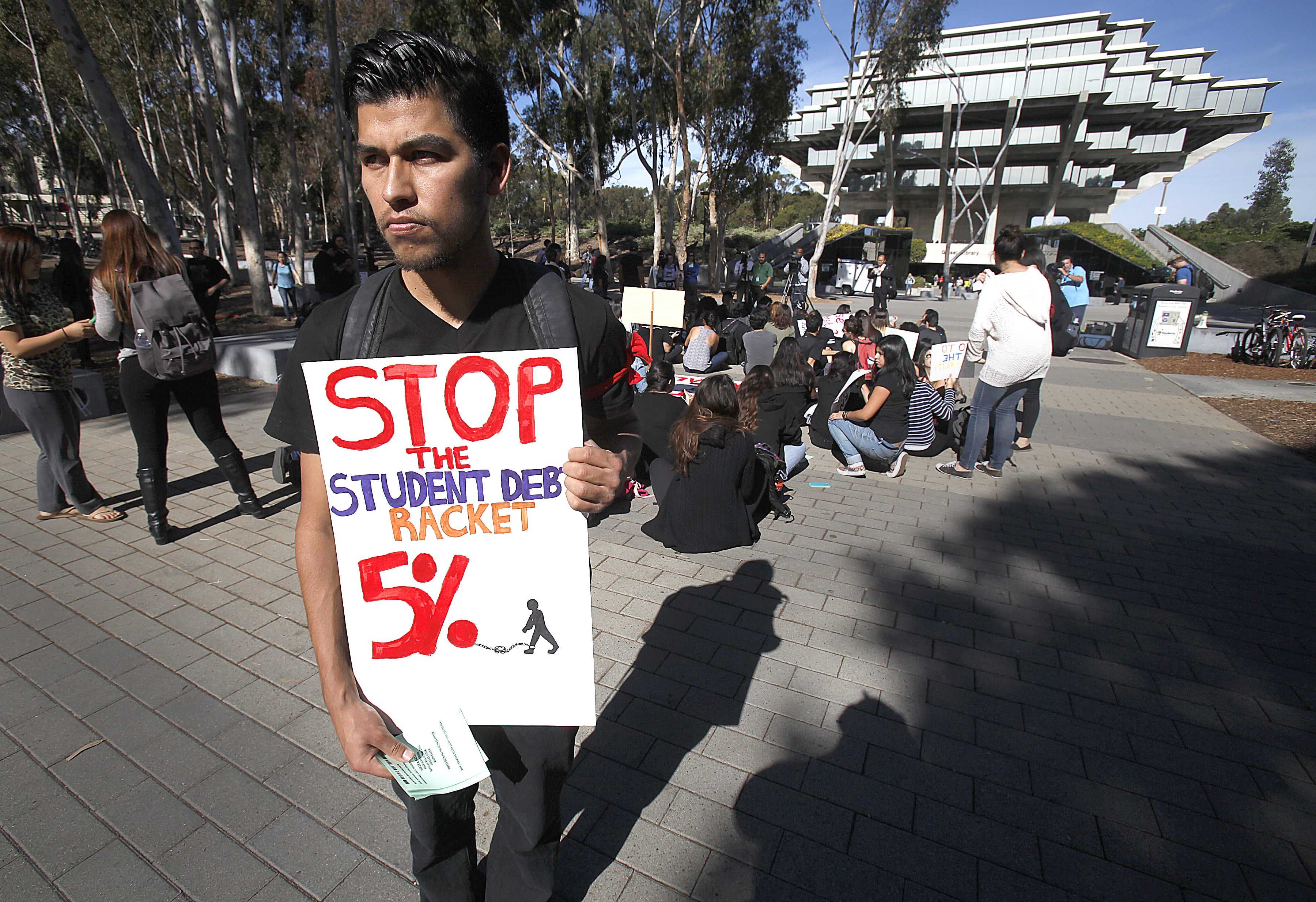 University of California and California State University students may face a tuition increase next year if the UC Board of Regents and the Board of Trustees approve UC and CSU officials’ request in January. The proposed tuition increase would raise prices for California state residents by about $300 per year, Nathan Brostrom, UC’s chief financial officer said at a Regents committee meeting on Wednesday.

Currently, the price of tuition across all UC campuses is $12,294, but each campus has additional, unique campus-based fees which brings the average cost across all eight undergraduate campuses to about $13,500.

“I feel that education should be more accessible, and raising tuition doesn’t allow that,” she explained. “Especially with all the malpractice and misuse of funds [by university officials], raising tuition seems unfair.”

This proposal comes on the heels of recent allegations against UC Berkeley Chancellor Nicholas Dirks for misuse of funds, as well as the revelation of UC Davis Chancellor Linda Katehi’s pepper-spray incident cover-up. Both chancellors have since resigned for unspecified reasons.

ERC sophomore Casey O’Hara, an international studies – history major, thinks that the price increase is a response to voter preferences.

“Well, it seems to me that this is a recurring problem, and it’s a recurring problem due more to the state’s funding program than to the administration,” O’Hara clarified. “Personally, I’d blame the voters’ unwillingness to raise taxes in order to help subsidize tuition, through property taxes and whatnot, because without that, the university doesn’t have a lot of choice.”

According to the 2014–15 budget for current operations summary, “State funding to the University [of California system] has declined by over 30 percent since 1999–2000, or 1.2 billion dollars. Over this same period, the number of California high school graduates has soared, and [the UC system] has grown by nearly 77,000 new students and opened a tenth campus.”

One thought on “Students Could Face Tuition Hike Next Academic Year”