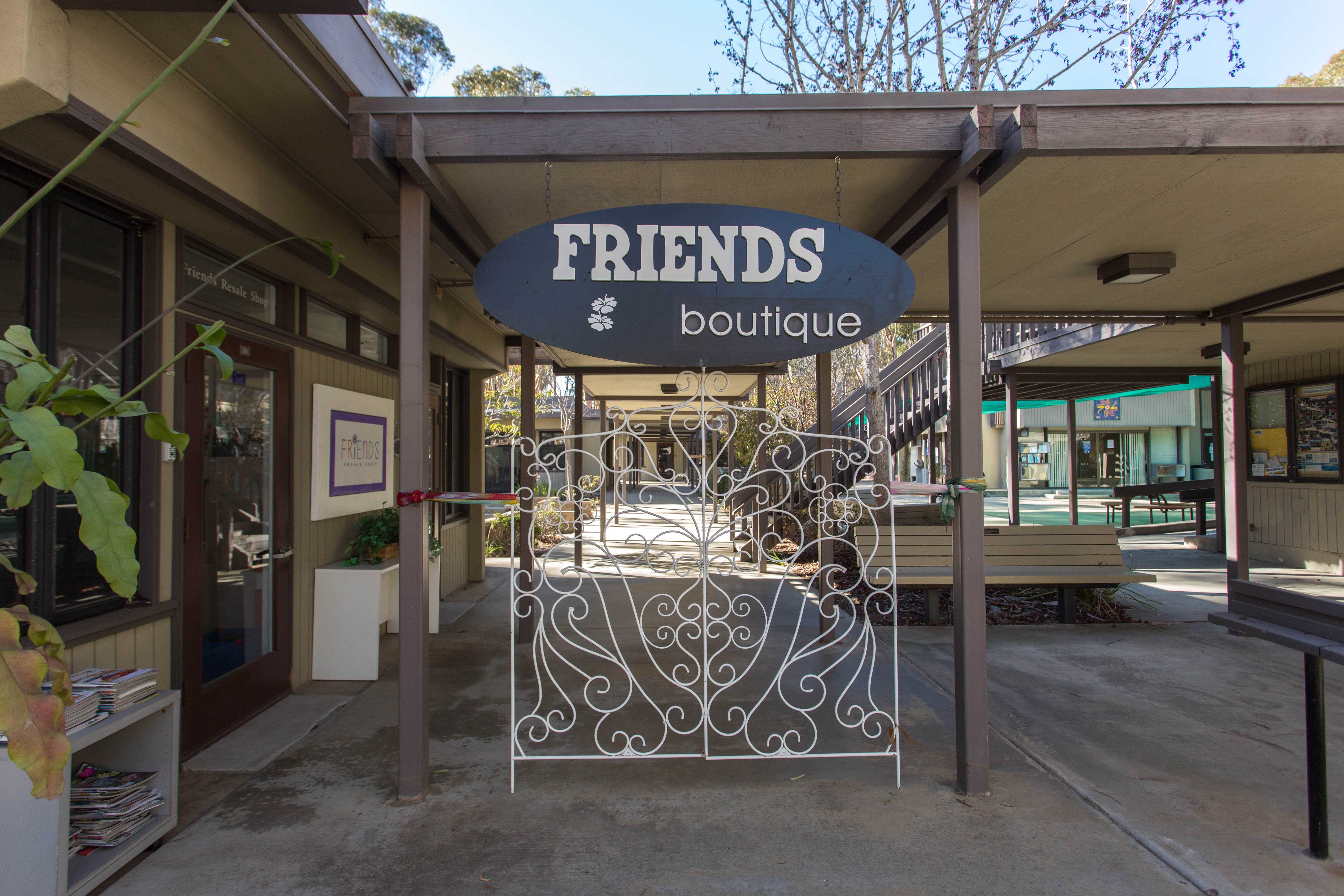 UCSD has always prided itself on welcoming students from all over the world to an enriching and, most of all, diverse environment. The International Center was created to cater to these students’ needs, and consists of a variety of services in order to do so.  However, the recent decision to move its location has affected a lot of these services, such as the weekly conversation groups.

The Friends Resale shop in International Center was established at UCSD in 1986. To the decidedly small section of UCSD that knows about its existence, it is seen as simply a thrift store of sorts. Recently, with the decision to move the entire location of the International Center, including all the communities and service stations it encompasses, the shop is under even more risk of being pushed into the shadows. But its manager, Marion Spors, told the UCSD Guardian a side of the story that many students on campus would be surprised to know, or never realized.

Spors welcomed the Guardian to the Friends Resale shop, opening the doors to a quaint but cozy space decorated with clothes, ornaments, books and much more. “Everything you see here is donated. It’s a community effort,” she said as she walked around the shop proudly, showcasing the remodelling efforts she made two years ago. Every corner of the shop is filled with fascinating artifacts from around the world, which are handed from student to student when they bring memoirs from their respective home countries.

The items in the shop are donated from around the local La Jolla community by places such as the National Charity League and Las Petronas. Most clothes are recycled or reused; they are washed and bleached before being put up for sale. Compared to places like the UCSD bookstore or even Target, useful things like lab coats and safety goggles ($8 instead of about $35) can be purchased for much less at the Friends shop.

“We have the best prices in town! Even better than Goodwill and the Salvation Army,” Spors boasted as she described the benefits of having such reasonable prices in a more accessible place, as many students do not have cars or must take one-hour bus rides to get to places like Target or Walmart. “We even have better quality clothes. Our shop carries a lot of designer labels — spread the word!” Spors laughed.

She went on to explain how the shop’s services and low prices help a lot of students who come to America with barely any realistic means of survival.

“I think undergraduates are taken care of better, but I get a lot more graduate students coming to me like, ‘I thought California was warm,’ so I help them put together a list of jackets, or cutlery, basic essentials, all under $10, and they leave much happier.”

“Before, the entire International Center was filled with people for different events, such as International Friday Café and potlucks. People would bring food from their different cultures, share it with everyone, and make a speech about what’s special about their home country,” Spors said. Events like these were designed for intercultural exchange but also to make people less homesick. “Because when you come to a new country you are pretty lonely and often times quite lost, even though your written English is quite good. And I felt it was part of my mission to help those people, since I know what it is like because I came from Germany as an EAP student to UCLA many years ago.”

Intercultural interaction is a major part of why the shop thrives, especially given its original location. “We donate the profits of the shop to the international study abroad program for scholarships, and the students who are selected attend the study abroad scholarship dinner when they come back, and they have all these stories to tell that are amazing to hear,” Spors said. A huge part of why many students forgo the idea of studying abroad is the cost, since they also often cannot take the same number of units as they would here, so parents may see it as a waste of money. These scholarships help as much as possible to broaden students’ horizons. “The average American doesn’t travel much, and our mission is to make everyone as culturally aware as possible, especially since what happened on Tuesday; we need to make sure people feel safe here. We raised about $50,000 last year, and it went to the scholarship program,” said Spors.

Another way Spors strives to make international students feel more welcome is the volunteer system at the Friends shop. Spouses of those who come to the U.S. with a work or student visa often cannot work themselves, even though they hold accomplished college degrees in their home countries.  “We provide a place where they can come and volunteer, sharpen their English skills, make friends — our main mission, and that’s why you see in the shop the ‘Friends’ sign everywhere. We provide a home to foster community and friendship with intercultural exchange,” Spors said.  Among the 16 volunteers at this time, six countries are represented, which opens even more boundaries as a way of getting to know people from countries that one has never been to or heard much about.

“Whenever you get into the shop, you will hear more than one language. It’s a wonderful place for people to come, like Tuesday is German day. People asked me if I could teach them some words. Or they can learn Spanish or Hindi, and the person who can [teach it] comes and sits down with them for a couple of hours,” Spors said.

Some of the volunteers are local, and a few have worked there for 20 years. One program, an original reason for the founding of many small programs within the I-Center, involves matching a local with an international student for traditional American experiences, such as Thanksgiving. Both parties gain new and interesting knowledge about each other, making unexpected friends while at the same time giving the shop a well-suited name.

“We have so much represented in the shop, and I think people don’t know that we are so much more than just a retail shop. It’s like a safe haven for a lot of folks. You’re not being judged.  Students come and say, ‘Oh, it’s my retail therapy … can I talk to you? We call it the free international counselling services!” Spors said jokingly. “School is tough. So this is a place we play music, we want you to relax and be able to speak to someone.”

This deep connection that some students have developed with the shop and the Center made it very difficult when administrators decided to move the International Center, taking down everything within it.

“When we heard the Center was about to be torn down, we were very concerned about our services,” Spors said.

She described how many people were involved in running and participating in the Center and shop’s activity — 16 people, along with at least 30 or so customers who come every day, even just to enjoy and spend some time at the shop. “We were very concerned about losing that, there was a lot of … conversation with the administration,” Spors told the Guardian with a deep sigh.

Pearl Tangri, a volunteer at the shop, described the pains they had to go through. “I came to UCSD with my husband who is a postdoc here, so I can’t work.  I decided to volunteer at the shop, and it really helped, and I made a lot of friends. So we were all heartbroken when we heard the news, but a lot of people protested, and it was even covered by ABC News,” Tangri said. The protest involved over 1000 students signing a petition that demanded the Friends Shop to continue its services, as well as coverage by a local news station.

After a long-fought battle and despite all these obstacles, their efforts paid off, and now the Friends Resale Shop finally has something to celebrate: a move to a possibly more promising location. The cheerful community feel and welcoming nature that the International Center used to radiate before, when all the pieces of the jigsaw were under one roof, will be sorely missed.

Nonetheless, Spors remains hopeful for the future, and grateful for the continuation of the shop’s services. “But we are very happy to be moving across the street, to the Academic Senate building on Library Walk. It’s a new modern space.”

“We’re very excited about it,” Spors said, going on to describe how she plans to check out the space in more detail and order some painting touch-ups to be done. She hopes to carry on her mission of helping more people connect with different cultures and making their transition to a new country a little easier. [icon name=”stop” class=”” unprefixed_class=””]