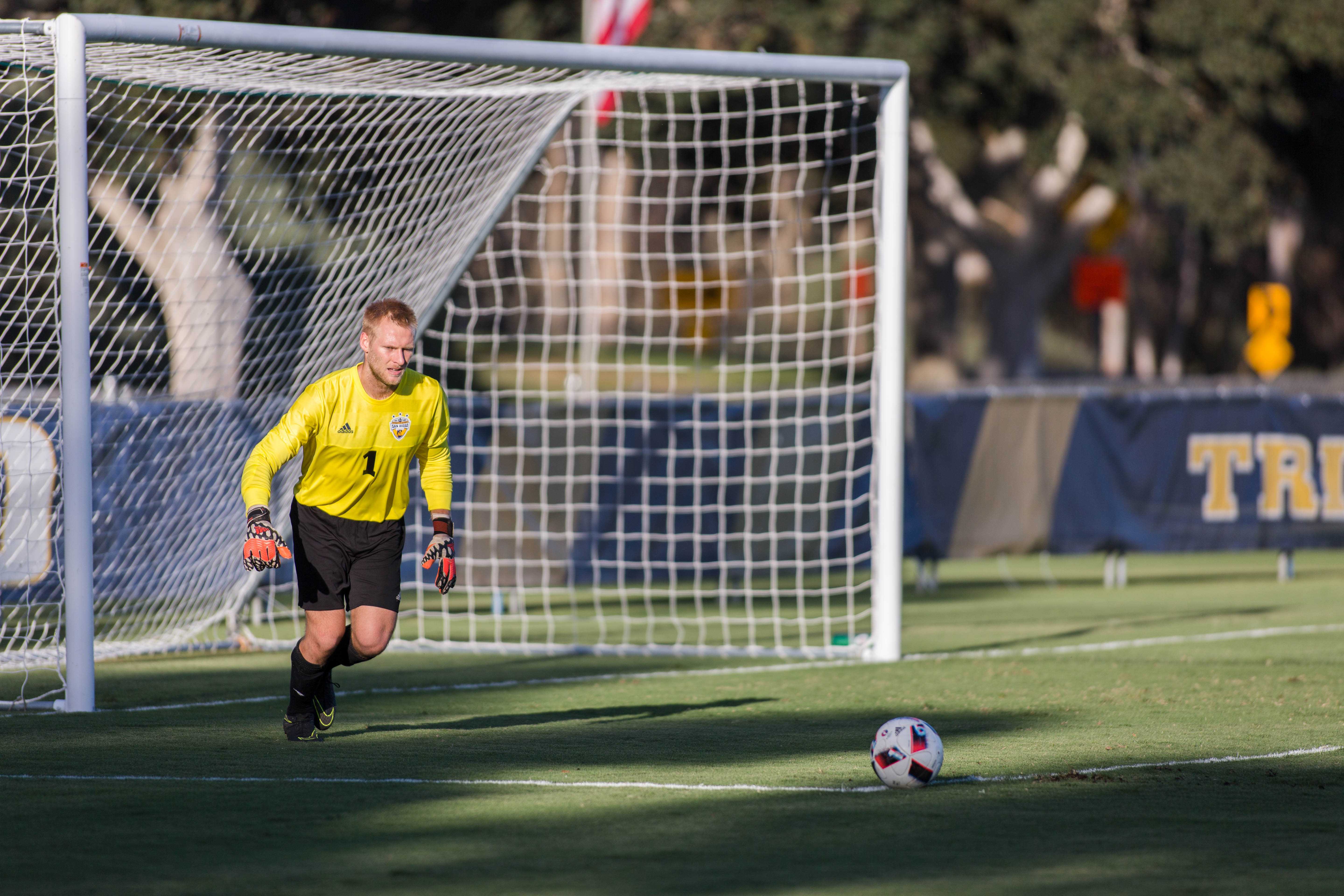 No. 10 UCSD defeated Western Washington University 2–0 in the second round of the NCAA Division II Men’s Soccer Tournament. In the victory at Triton Soccer Stadium, redshirt sophomore defender Jeff Powers scored his first collegiate goal in the 11th minute with a right-footed strike that was drilled into the bottom right corner.

Senior center back Kuba Waligorski doubled the lead in the 70th minute and helped the Tritons earn their 13th shutout, the most in the California Collegiate Athletic Association. UCSD’s excellent defense is ranked third in the country.

The win over Western Washington marked the program’s first victory in an NCAA Division II Tournament match. UCSD had posted a 0–1–3 record in its three previous appearances. Long tenured head coach Jon Pascale, who was earlier named the 2016 CCAA Coach of the Year, earned his first NCAA win.

The Tritons have posted a stellar 10–0–1 record at home and have not lost in La Jolla in over a year. Their last defeat at Triton Stadium was Sept. 27, 2015. Sunday’s victory also means that UCSD will get at least one more home game in the NCAA Tournament.

Pascale talked about how important it was to have another game at home. “We’re good at home; we’re tough to beat at home and the crowds that we’ve been getting this year have really kind of fueled the team. So I know the guys will be confident going into the game and feel comfortable not having to travel on the road.”

To begin the match Western Washington came out striking and very nearly had an early lead. Within minutes, Viking junior forward Anthony Dean used a good through ball to get a great shot on goal, but his ball was deflected off of the left post by redshirt senior goalkeeper Cameron McElfresh. Again Western Washington would have a scoring chance when Dean delivered a ball to fellow junior forward Drew Barker in a scoring opportunity, but McElfresh stopped the shot once again to keep UCSD in the lead.

Waligorski gave the Tritons extra cushion in the 69th minute when junior forward Uly de la Cal delivered a perfect pass that Waligorski only had to tap into the net.

In the 72nd minute senior midfielder Riley Harbour released a shot that looked like it was going to end up in the back of the net, but the Vikings’ junior goalkeeper Tyler Visten managed to knock it out for a corner. With fewer than 10 minutes left, junior midfielder Colton Ronk’s header hit the left post and junior midfielder Luke Olney’s rebound fell right into McElfresh’s hands. McElfresh ended the match with six saves, just one away from his career best, and earned his 31st clean sheet of his career and 12th clean sheet of the year.

With the win, UCSD improves their record to 17–2–2 overall and 12–1–1 in the last 14 games as it won the CCAA regular season and tournament title for the first time in program history. Western Washington, hailing from the Great Northwest Athletic Conference, finishes its season with a 10–5–4 record. The Vikings had been on fire in their last six games, posting a 5–0–1 record which included their first-ever NCAA win, a 3–2 victory in overtime over No. 19 Dixie State.

Since the Tritons are the West Region’s highest seed remaining in the tournament, they have the opportunity to have the next two matches at home. CCAA rival Cal Poly Pomona will come to Triton Stadium on Friday, Nov. 18 at 7 p.m. for the West Region final. In addition, UCSD will host two Texas teams, St. Edward’s and Midwestern State, at 4 p.m. which will be playing in the South Central Region crown. The victors of those matches will meet in a national quarterfinal on Sunday, Nov. 20 at 12 p.m. in La Jolla.