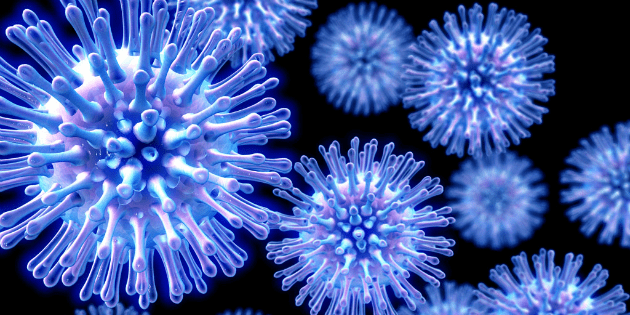 Researchers at the Scripps Institution of Oceanography have discovered connections between global influenza outbreaks and humidity, publishing their findings in the Proceedings of the National Academy of Sciences on Oct. 31.

The scientists analyzed roughly two decades’ worth of data on global flu epidemics in the World Health Organization’s Communicable Disease Global Atlas, a database of standardized statistics and information on infectious diseases at country, regional and international levels. The Global Atlas also includes information on environmental factors, socioeconomic status and demography. These outbreaks were more prevalent in dry climate areas where temperatures reach up to 75 degrees Fahrenheit, and beyond this distinct temperature mark, outbreaks occur more frequently in tropical environments.

The team utilized convergent cross mapping, a robust test that analyzes causality and does not require correlation. Causation refers to simple cause and effect, whereas correlation describes a positive or negative relationship between two variables. Thus, humidity, and less so temperature, were the main causes of influenza outbreaks, in spite of the apparent differences in outbreak patterns in temperate versus tropical environments.

The viral envelope that encloses the flu virus may explain why temperature is such a big factor when studying outbreaks. The cellular structure of the envelope, similar to the cell membrane, weakens under swelling and dehydration, which occur under specific environmental circumstances. The envelope dehydrates in hot and dry temperatures but swells in cold and humid conditions —  a switch that occurs at the 75 degree Fahrenheit mark. Therefore, transmission of influenza is most favorable in cold, dry air or hot, humid air. If this reasoning is shown to be credible, then modifying humidity conditions in order to debilitate the influenza viral envelope may help remedy future outbreaks of the disease.

Ethan Deyle, first author of the study, stated that people can modify humidity conditions indoors, but the impact would most likely only occur in environments in which people are in close contact with each other.

“Unless you are someone that likes to turn their heat up to 80 degrees Fahrenheit in the winter, the evidence suggests that humidifying your home would be the way to go if you wanted to make your home climate control choices based solely on flu transmission,” Deyle told the UCSD Guardian. “I can’t say I’d recommend that, though, since influenza transmission is generally understood to occur in public spaces like primary schools and hospitals.”

Many research studies have identified a number of different factors that contribute to flu epidemics, including behavior, diversity across strains and human movement patterns.

Deyle did not expect the relationship between outbreaks and the environment to be so clear, especially given the complexity of the disease.

“I would say the most surprising thing is that we could see such clear patterns in the relationship between flu outbreaks and environment, despite not explicitly accounting for all these other processes,” Deyle said. “That being said, one of the strengths of the methods we apply is that they can implicitly account for unmeasured or hidden variables.”

Muir College sophomore Lauren Brumage, a Saltman Quarterly staff writer, described the importance of understanding the link between climate change and infectious disease, as this research exemplifies. Not only do the rapidly changing environmental effects necessitate such research, individuals may be more prepared against current diseases and those that may emerge later.

“Humanity has abused the environment through fossil fuel pollution and there are going to be consequences for that,” Brumage told the Guardian. “Therefore, research such as that done by the SIO team is critical because we need to understand how climate is linked to infectious disease transmission. For instance, warming temperatures and increased humidity may shift the distribution of infectious diseases and foster the emergence of novel infectious diseases. If we can predict some of the effects of climate change, we can also try to prepare for those effects.”

According to Deyle, the SIO team hoped to make an impact on public health education, and interventions regarding the effects of absolute humidity on flu transmission have been previously discussed.

Future research by the team at SIO may include creating yearly quantitative forecasts of flu severity based on further investigation of their current results.