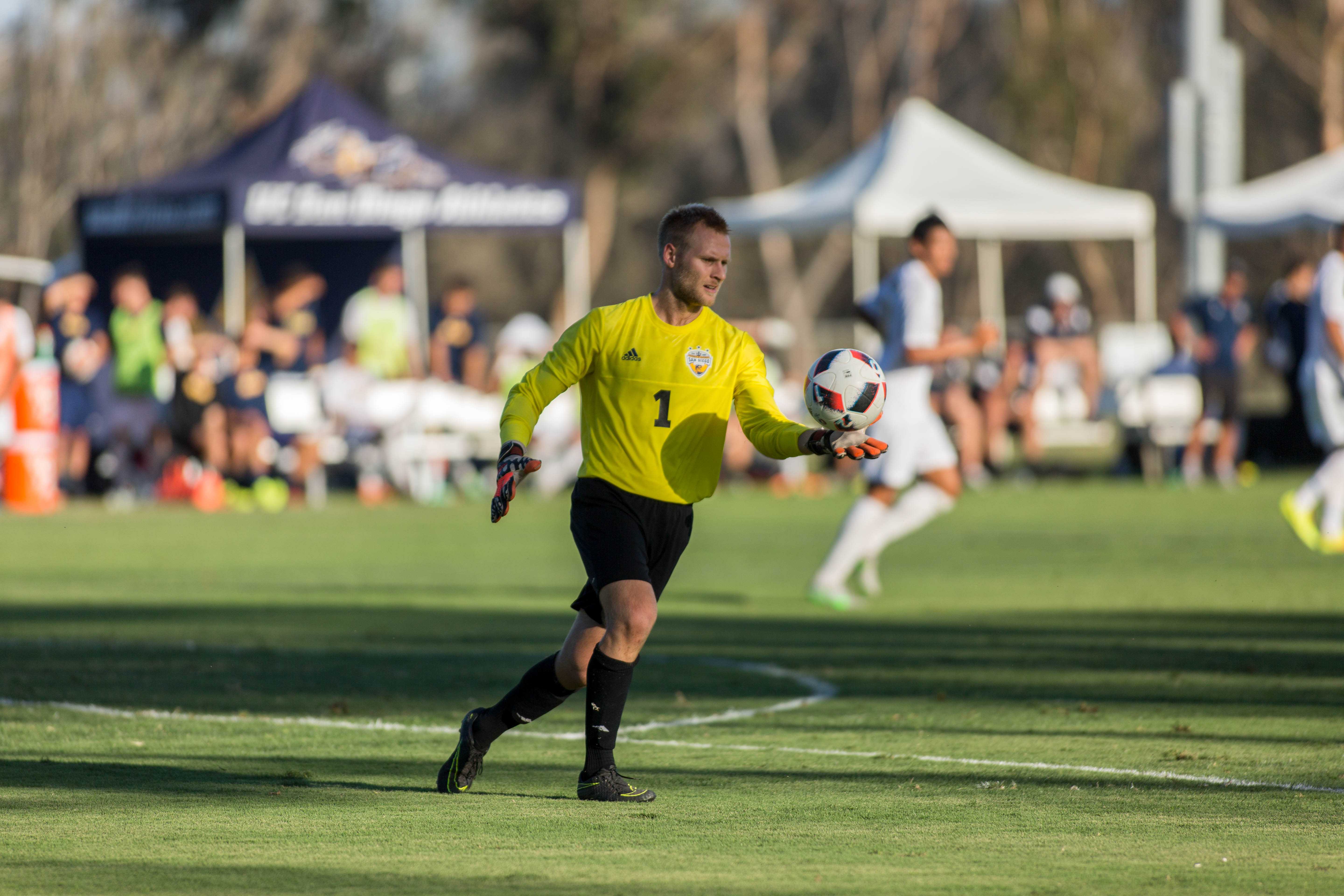 UCSD men’s soccer continued its dominant campaign on Friday by traveling to and defeating Cal State Stanislaus, which stands last in the California Collegiate Athletic Association, 2–1 in overtime. The Tritons now stand alone in first place with a 11–1–2 record for the regular season and 6–1–1 in CCAA.

The Warriors opened up the scoring at 22:45 to gain the early lead. Cal State Stanislaus’s freshman midfielder Alejandro Sanchez was able to sneak a pass to sophomore defender Sean Bender, who then shot it into the far right part of the net. Bender’s goal broke the Tritons’ three-game shutout streak and was only the fifth goal they had allowed the entire season.

Sophomore midfielder Christian Cordell was able to collect UCSD’s first goal of the game at 65:39 after a perfect connection with senior midfielder Justice Duerksen. Duerksen lofted the ball from the left flank toward the far post, which was then placed in by Cordell’s header, tying the game up at 1–1. From there, the Tritons only got better.

“The team showed a great spirit coming from behind against a team that was much better than their record,” UCSD head coach Jon Pascale told UCSD Athletics. “Once we got the equalizer, the team never looked back.”

UCSD sealed the deal quickly in overtime at the 93rd minute of play. After a corner kick from redshirt sophomore defender Jeff Powers, senior defender Kuba Waligorski tapped and guided the ball to the bottom right of the goal. It was Waligorski’s first goal of the 2016 season, and third overall since starting in 2014.

With Waligorski’s winning goal, the Tritons moved to the top of CCAA standings and were ranked the second best team in the West Region by the National Collegiate Athletic Association, only behind Simon Fraser University. The win also brings UCSD one win away from tying the program’s all-season consecutive wins record, which stands at seven and is claimed by the 2013 team.

The Triton offense heavily outshot Stanislaus by a whopping 20–3. It also kicked a total of eleven corner kicks to the Warriors’ zero. The Tritons’ back four defenders and redshirt fifth-year goalkeeper Cameron McElfresh again remained solid and have now given up only one goal in the past four games.

UCSD will travel to Hayward Field on Sunday to play No. 10 Cal State East Bay. The team looks to tie the all-time school consecutive wins record and widen its two-point lead over second place Sonoma State.