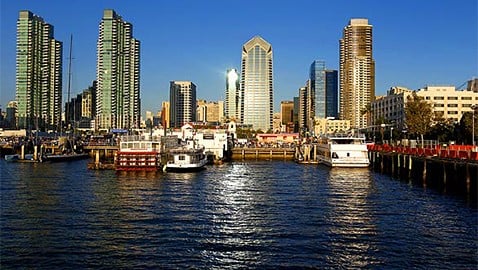 San Diego has been leading the state in refugee resettlement for the past seven years. During this time, San Diego County has taken more refugees than any other county in California despite the county’s small population relative to other counties across the state. Last year, San Diego took in 2,025 refugees, while the average county took no more than 300 refugees each, according to the California Department of Social Services. The two exceptions were Los Angeles County and Sacramento County, which took 1,682 and 993 refugees, respectively, last year.

In August 2016, California accepted 1,425 refugees, double the amount from the previous month and nearly three times the monthly average of 570 people per month. Again, San Diego broke its own record, taking 620 refugees during that month, double the amount Los Angeles took.

Despite the uptake in refugees, the United States still accepts fewer refugees than many other countries. As the New York Times points out, Germany has taken over 90,000 more refugees from Syria than the United States as of 2015.

However, it must be noted that Syrian refugees make a small percentage of refugees, both globally and in the United States. Syrians make up less than 2 percent of the total number of refugees admitted into the U.S in 2015, while they make up 3.5 percent of the total refugee population in California, according to the New York Times. The largest refugee populations in California originate from Iran at 35 percent and Iraq at 33 percent. A significant number of those Iraqi refugees are in San Diego, specifically. The San Diego Tribune reports that an estimated 14,500 Iraqi refugees have been resettled in San Diego County since 2009.

According to the International Rescue Committee in San Diego, one of nine organizations responsible for resettling refugees in the county, refugees are commonly placed in a city where they have friends or relatives, or where there is already a strong and established community from their country of origin. However, the process for becoming a refugee considered for resettlement is difficult. Out of nearly 20,000 million refugees globally, less than 1 percent are considered for resettlement and only a portion of that 1 percent ends up in the United States.