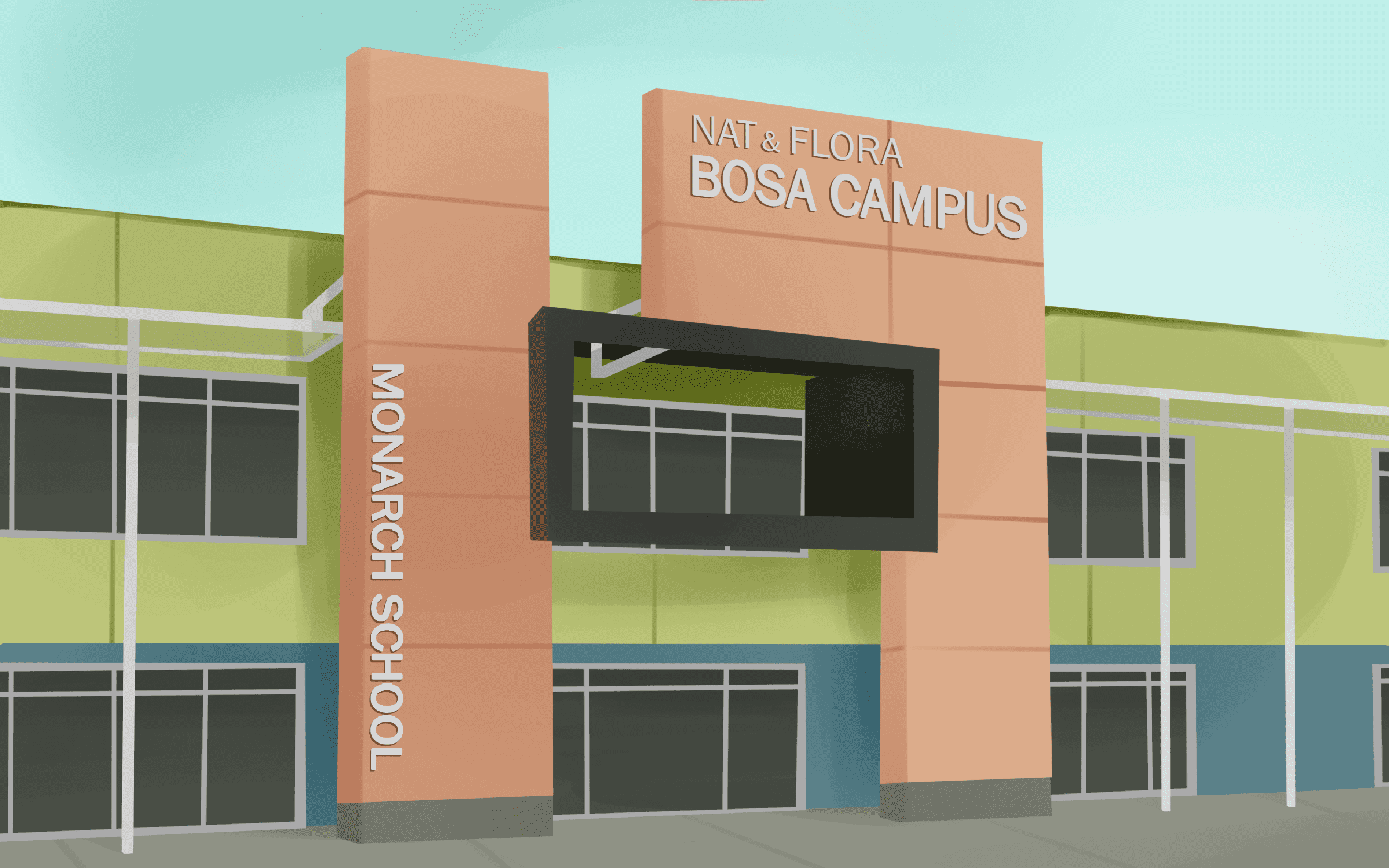 Students often lack opportunities to connect what they learn in class to real-life situations, but that is exactly what Making of the Modern World professor Edmond Chang has helped students accomplish through his work at the Monarch School in San Diego.

Founded in 1987 by teacher Sandra McBrayer, the Monarch School is a K-12 school that aims to educate students impacted by homelessness, or those living in shelters and transient homes, so that they can develop the necessary skills for future success. Chang came across this school in his search for a way to get his MMW students to actually see the real-life impact of the social injustice they had only read about in class.

“We talk a lot about the inequality that exists in our education system,” Chang told the UCSD Guardian. “We read this piece from Jonathan Kozol’s ‘Savage Inequality’ about what he calls the educational apartheid in our country — the disparity in our inner city schools versus the more affluent neighborhoods — and a lot of students felt passionate about that and wanted to make a difference, so I started exploring different programs and different support systems that could, even in a very small way, kind of balance this inequality,” Chang said.

“they don’t have a typical home to go to, so the school makes up for a lot of things that students can rely on in a typical home environment. You could almost say that this is a second home to them.”

Chang emphasized that volunteering to help the poor does not necessarily have to include going to a third-world country, as many seem to think.

“When we say ‘global citizen,’ we shouldn’t confine ourselves to thinking you need to be halfway around the world to be helping people,” Chang said. “Right here, close at home, this is part of our world. Sometimes there actually is more that separates us from people that we are in great proximity to — an impoverished neighborhood that’s really close to where we are — as opposed to people who live very similar middle-class lives like ours halfway around the world.”

When Chang began his involvement with the Monarch school seven years ago, the vast majority of the volunteers were retirees. Though they were very good at teaching and mentoring the students, being from a very different generation meant they could not relate to them in the same way that college students could. He feels that the volunteers from UCSD proved to be an excellent match for the school, as the students have helped bridge the generation gap and have also given the children people to look up to.

“Our volunteers were in many ways role models, and gave them hope and gave them a clear sense of, ‘Wow, you know I could do this if I stay focused on my studies,’ and so on,” Chang said.

This academic help and guidance is a huge part of what the volunteers do through after-school tutoring programs or helping students in class. This one-on-one assistance especially helps when the teachers have too many students to take care of at a time.

This is a problem that has improved greatly since four years ago when the campus was located in a cramped warehouse in Little Italy. The new building can accommodate close to 400 students and boasts state-of-the-art facilities. Sadly, however, even this number falls short of the total number of students in need; there are currently over 22,000 homeless students in San Diego County. With the students they do accommodate, however, the Monarch School provides essentials that the children don’t receive at home: backpacks, hygiene products, clothes, etc.  With these resources, each child can receive a stable environment as well as skills that will help them lead a self-sufficient life.

“The understanding is that unlike most students, they don’t have a typical home to go to, so the school makes up for a lot of things that students can rely on in a typical home environment. You could almost say that this is a second home to them,” Chang explained. “That’s what I see Monarch School as — something that really opens our eyes to kids who from such an early stage in life are dealt this challenging card where there are just so many obstacles in their way to succeeding in life. And this school does all it can to alleviate that kind of inequality and imbalance.”

The connection between the Monarch students and UCSD volunteers is far from a one-way street. Being classroom assistants allows the volunteers to see firsthand how a good teacher operates in a classroom.

“They are learning from probably some of the most accomplished and devoted teachers in the county because they have to really care about students and education to work at a school like that,” Chang said.

In fact, many volunteers decided after their valuable experience at the Monarch School that they wanted to pursue a career in education. One such former volunteer, Karinne Caisse, is set to join Teach for America in Sacramento. Caisse, who graduated in 2016, discovered the Monarch School in her sophomore year at UCSD when she was given an opportunity to do an Eleanor Roosevelt College honors project. Having already taught writing workshops since high school, she was interested in using her experience to help underprivileged children. Heeding her request, Chang got her in touch with the Monarch School and her three-year career as a volunteer began.

“My first year, I think I went in with the idea that I could help change the lives of the kids I worked with,” Caisse told the Guardian. “But in the end, I found that I think they changed me way more. They brought so much joy and hope to my life.”

Caisse came to the Monarch School twice a week to teach a creative writing workshop. During her sophomore and junior years she taught fifth graders, while in her senior year she taught fourth graders. Caisse recounts that each class she taught presented its own challenges, but also its own joys.

“The first class I had did end up liking writing more by the end than they had at the beginning,” Caisse said. “In my last class, I had a fourth grade boy who refused to write for weeks. And then out of nowhere, became one of my most engaged students — he would write a full page during our warm-up writing time before we even started class, and that was huge!”

Indeed, the personal connections volunteers make with the students they serve often become their most enduring memories of the school. Chang recounts a story of one volunteer he worked with whom he remembers precisely to this day.

“Some years ago — this was one of the earliest kids to go [there] — her name was Esther Chan,” Chang said. “This kid had picked a flower for her … this yellow daffodil. He just comes up, and he’s a really shy kid; he doesn’t really say much, but you know, 9 or 10 years old, and gives her a hug, thanking her. So those are the real personal moments that a lot of our volunteers have shared with me, just the connections they’ve made.”

In this way and in many more, the experience of volunteering at the Monarch school can have a tremendous impact on students and bring us one step closer to achieving a more balanced society. Chang encourages more UCSD students to volunteer and make real-life links to what he teaches in class, but he admits that the most important thing is not how many students are involved but the impact that even one volunteer can have, as well as get in return.

“I’m more concerned on what kind of impact this has on people, as individuals,” Chang said. “One of the most tragic things in our society is that inequality and injustice are things that impact people at such a young age. That’s the card they’re dealt, and the more we can do to compensate for that, the better.” [icon name=”stop” class=”” unprefixed_class=””]