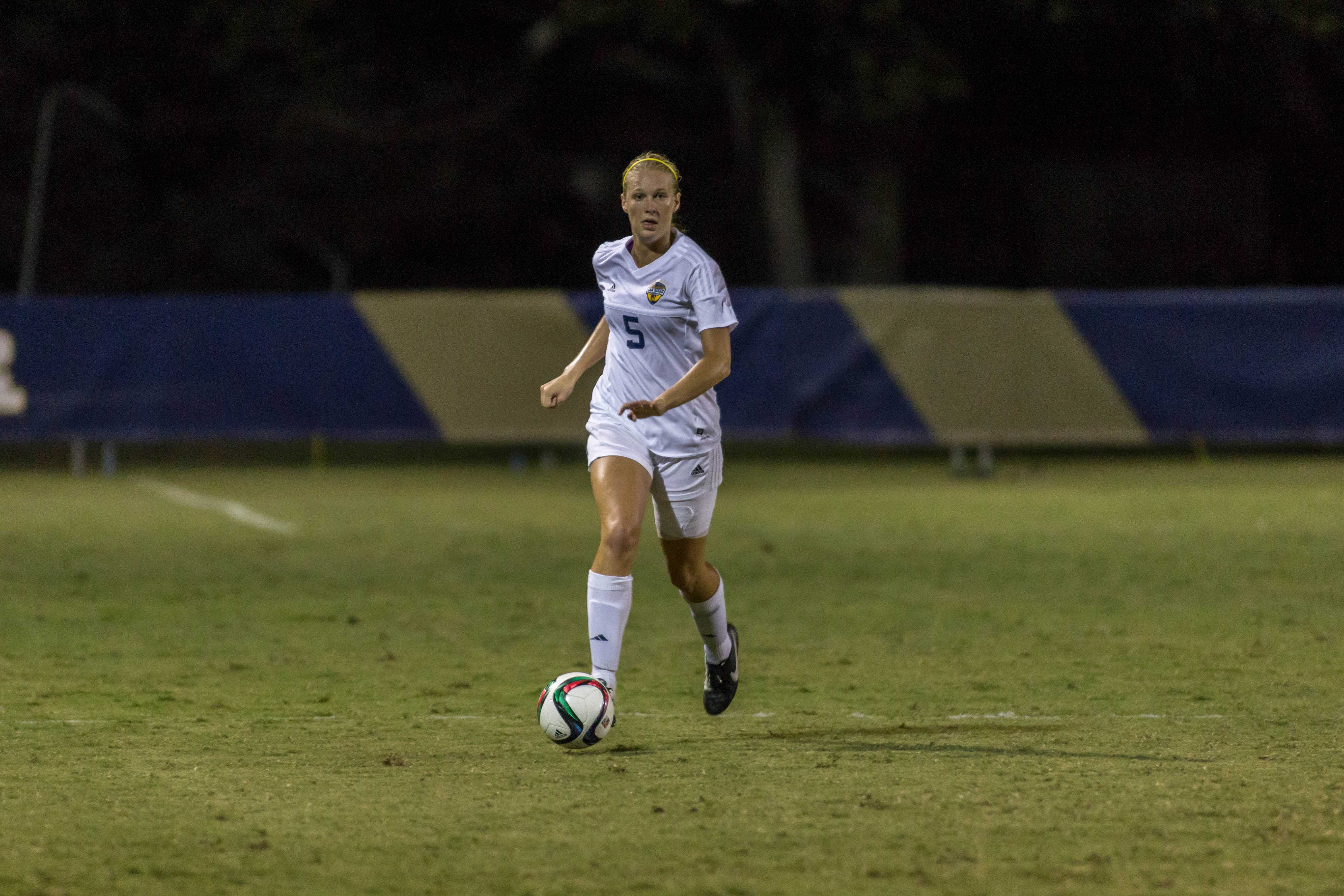 With a potential win streak on the line, the No. 11-ranked UCSD women’s soccer team hoped to win its third straight game and improve its overall record to 6–2. Thanks to a stellar performance by sophomore forward Mary Reilly, recently appointed the California Collegiate Athletic Association Player of the Week, the Tritons secured that victory with a commanding win over the Chico State Wildcats.

Despite the lack of points in the first period, the UCSD women had clear control of the match. With a shot advantage of 11–2, the Tritons put constant pressure on the Wildcat defenders, maintaining complete control on the flow of the game. While it did an admirable job defending with four saves in the first period by their goalkeeper, the Wildcat offense could not put the same kind of pressure on the Tritons.

The lack of scores would all change with the start of the second period, however. After two failed shot attempts, Reilly set up junior forward Katie O’Laughlin for UCSD’s first goal of the game, and O’Laughlin’s eighth of the season. Reilly’s playmaking chops didn’t end there: six minutes later, Reilly assisted junior midfielder Jordyn McNutt for a header that resulted in yet another score for the Tritons. While the Tritons would not need to score another point to secure the game, Reilly put the nail in the coffin by finally converting her own shot, and putting the team up 3–1 for good.

When the dust settled, it was clear the Tritons were playing to win: with a 27–5 shot advantage, UCSD put Wildcat freshman goalkeeper Caylin Stanley to work for the entire game. Reilly had the statline of the night with six shots, two shots on the goal, two assists, and one score.

“The pleasing thing today was the number of chances we made,” UCSD head coach Brian McManus told the Athletics Department. “If we can start putting some of those away, it’ll make life a little bit easier for us.”

The Tritons are now 6–2 overall and 2–0 in conference, while Chico State lost its fourth straight game and is now 4–4–1 overall and 0–4 in conference. Next up, UCSD hosts the reigning CCAA champion Sonoma State on Friday, Sept. 30.