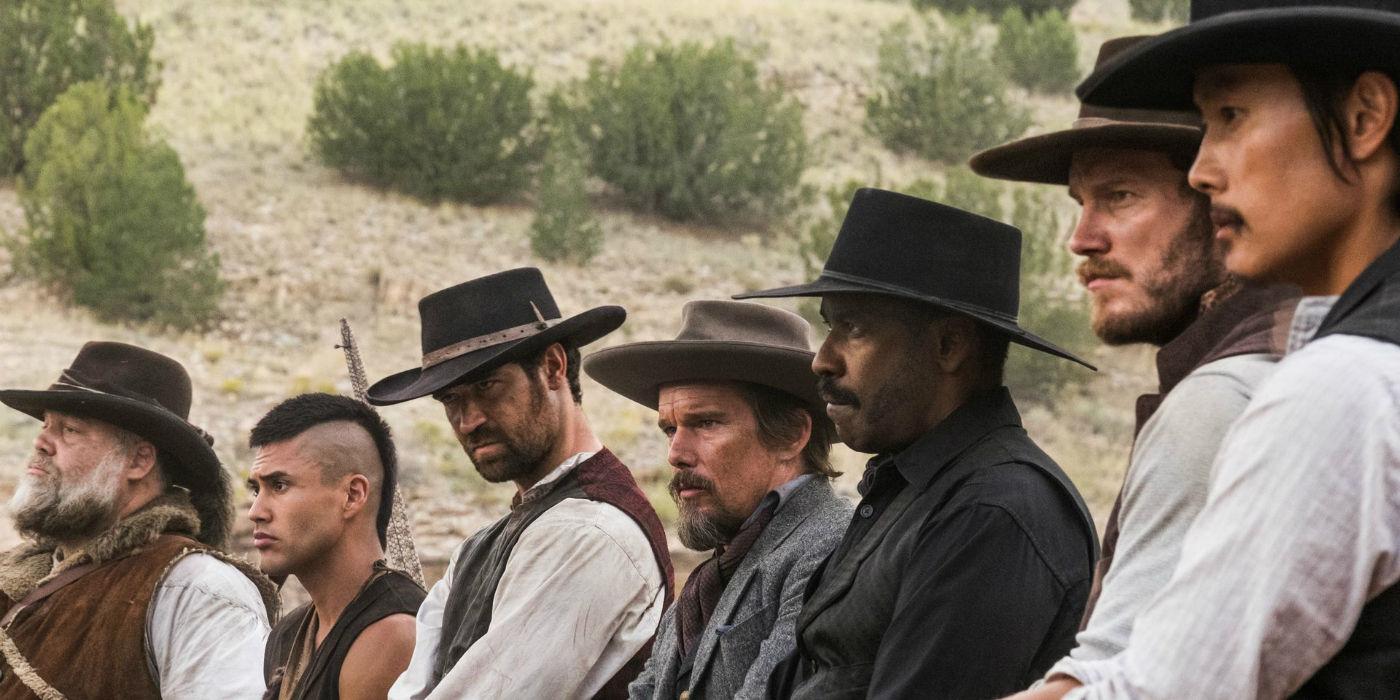 “The Magnificent Seven” is a truly magnificent and singular beast: a remake of a remake. Few films can lay claim to such a distinction; fewer still can be good in their own right. “Seven” falls into the latter category, because it cannot establish the proper pace of an adventure.

Certainly, the scenery is accurately stark and almost hyperbolic, evocative of the shoestring-budget spaghetti Westerns of yesteryear. But a Western must breathe, must plausibly occupy the vast space of the screen and welcome the audience into the pleasant embrace of its fantasy. Instead, “The Magnificent Seven” lumbers about, CGI and strangely airless design obscuring the passage of time.

When Emma Cullen (Haley Bennett) witnesses the death of her husband, Matthew (Matt Bomer), at the hands of the devious industrialist Bartholomew Bogue (Peter Sarsgaard), she is driven to seek vengeance. Bogue Mining has appropriated the town Rose Creek for development, and its inhabitants must submit and parcel out land to Bogue under pain of death. Mrs. Cullen is, naturally, opposed to this notion. So, in service of the plot, she takes upon herself the responsibility of seeking out mercenaries mad or desperate enough to defend her home.

Serendipitously, the weary Sam Chisolm (Denzel Washington, the only cast member at ease with his role) gallops into town pursuing a bounty. When Mrs. Cullen begs his aid, Chisolm hesitates for a moment. But, noble hero that he is, Sam eventually relents, and accompanies Mrs. Cullen in her search for hired help.

An ensemble film is devilishly difficult to balance, and Fuqua is not equal to the task. Seven archetypal cowboys, a villain, and a token woman? A great deal of “The Magnificent Seven” is devoted to introductions and shoddy characterizations, and altogether too much movement. The characters ride to and fro, from town to town, so swiftly and calmly that any sense of distance is lost. The experience of the plains has no weight — the violence is tenderly sanitized with tasteful swerves of the camera.

In contrast to its predecessors, “The Magnificent Seven” rarely captures the essence of its genre. Running at two hours and 13 minutes, “Seven” overstays its welcome. It’s a tawdry mishmash that does little more than regurgitate a 40-year-old film plot. If you’ve already seen “Seven Samurai” (1954) or the English-language adaptation “Magnificent Seven” (1960), Fuqua offers no surprises and fewer pleasures.