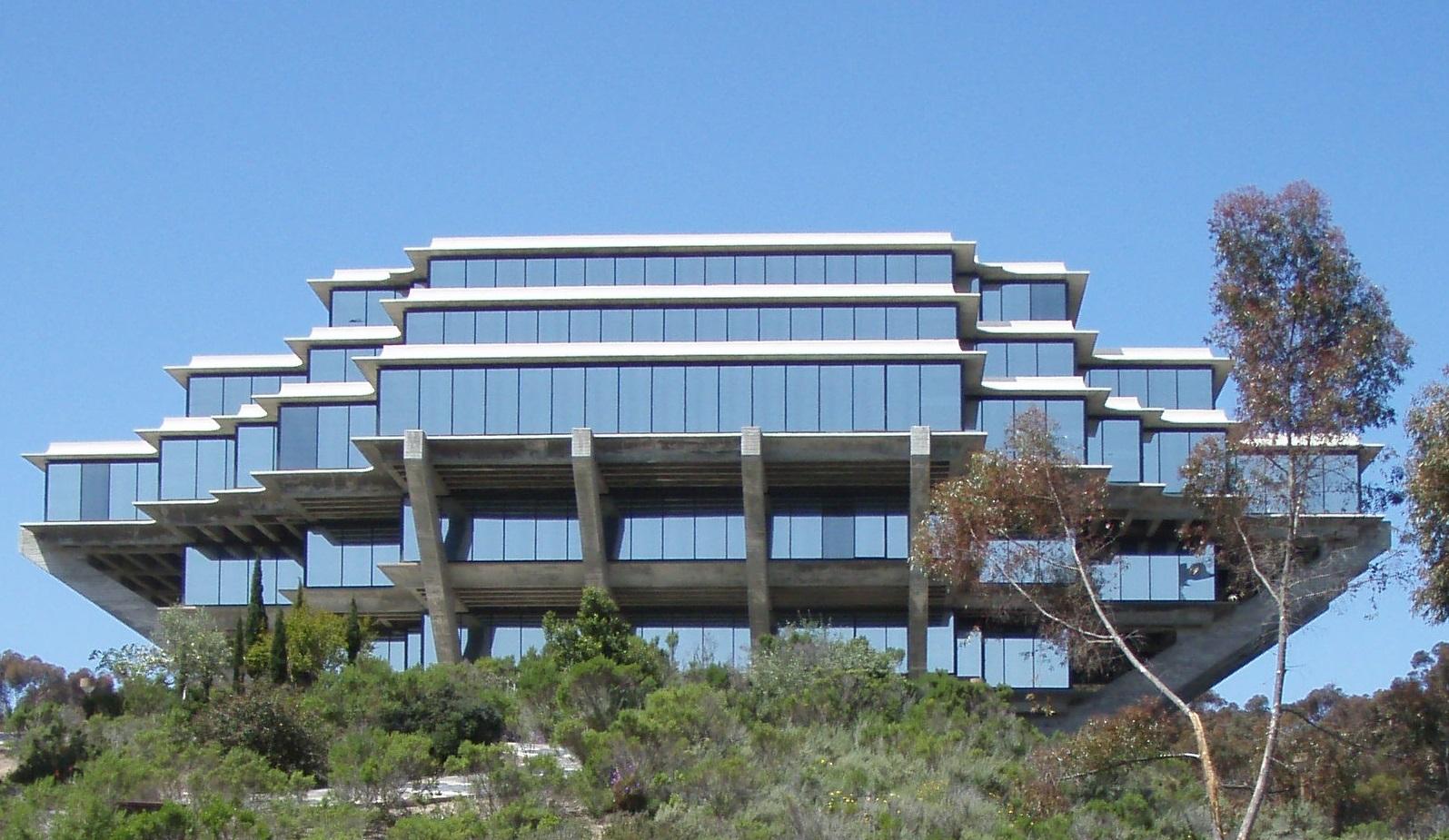 Stepping onto campus after this summer break means something different for everyone. For some, it’s the entrance to what could one day be an athletic powerhouse. For some, it’s the first steps onto an enduring battleground in which the arts face extinction. Whatever the feeling, the UCSD Guardian Editorial Board relays expectations for students and administration alike as we head into the coming academic year.

During the new school year, Chancellor Khosla should work to strengthen his connection with students and employees by making his office hours more accessible and more frequent. The need for increased office hours was highlighted by the multiple scandals that rocked the University of California system this past year, resulting in the resignations of UC Davis Chancellor Linda Katehi and UC Berkeley Chancellor Nicholas Dirks, which showed that a lack of transparency or understanding of the university’s needs at the administrative level can be fatal. According to the Office of the Chancellor’s website, part of the chancellor’s role is “to be an executive with the political skills to respond to internal and external constituencies … to manage billion-dollar budgets and thousands of employees; and … create a compelling vision for the future of the campus that inspires faculty, students and staff.”

With such important tasks as these, one would think that interacting with, and listening to, those who study or work at UCSD would be a top priority for Khosla. After all, responding to internal constituencies, managing thousands of employees and creating an inspiring vision for UCSD all require a clear understanding of the issues faced by faculty, staff and students, and what motivates them. However, Khosla only schedules one hour a month each for student, faculty and staff office hours. Within these one-hour blocks, each individual is limited to 15 minutes to discuss their concerns. Fifteen minutes is hardly enough time to make serious headway on addressing working conditions, the eradication of student spaces or other changes that should be made to the campus. Furthermore, at 15 minutes each, Khosla only has time to speak with four students, four faculty members and four staff members each month out of a school population of thousands.

While we acknowledge that the chancellor has a busy schedule and appreciate that he holds office hours to begin with, both the school and Khosla would benefit from more frequent office hours, such as every other week instead of once a month. With more face-to-face time, those who study and work here would have more opportunities to act on their concerns and see them addressed, while Khosla would improve his understanding of the needs of those at UCSD. One hour monthly is not enough time if Khosla and his office strive to be more accessible to the people they represent.

Since approving the move to the National Collegiate Athletic Association’s Division I, UCSD’s student body enters year one of the multi-year process required to complete the move up. Now that the vote is behind us, it’s up to the students to embrace the results and make the most of it.

Much has been said in regards to what the athletics department will reap from this move, among them “greater awareness to the school’s 23 existing teams, greater benefits to the athletes and a greater recruitment tool for the university,” according to a 2011 feasibility study recommending the move to Division I. But what does year one offer students?

UCSD Athletics called on LOMA — a company providing industry knowledge and business consultation — to conduct a study to determine “the feasibility of D-I reclassification” in 2016. The study concluded that “Division I could help extend the entire university’s culture of excellence, align it with peer academic institutions, improve the student experience, strengthen the UCSD brand, increase alumni engagement and further community connection.”

UCSD students who voted for the move must now take the proper steps to build upon its cultural identity through this move. Instead of reciting their individual college associations, maybe UCSD students will finally proudly state, “I am a Triton,” and project an image of the university as a whole rather than fragments. In the best-case scenario, UCSD would be approved into a Division-I conference this year, prompting a start for the tuition hike in the Fall of 2017. This would only be the beginning of the transition, however, as UCSD needs to build up athletic scholarships for two more years before applying to the National Collegiate Athletic Association. Only then can the University begin a four-year transition to be reclassified as a Division-I school, with a full-fledged membership only coming in the 2023-24 academic year.

In year one, the next steps for UCSD will be securing an NCAA invitation for membership into a Division-I conference — most likely the Big West Conference — as well as a review of the move by the Academic Senate. UCSD will also need to secure the formal approval from Chancellor Khosla before the next steps. Students do not have to worry yet about the fee increase; that would only come into effect next fall if UCSD receives an invitation this year. For this, we hope both the Senate and the Chancellor will help move the process forward in an effective way.

Last spring, it was all but certain: University administrators had decided to convert our University Art Gallery into a classroom. This would have left us as the only undergraduate UC campus without an on-campus art gallery, a near-worst case scenario for our student artists. However, dozens of people — student, faculty, artists — protested the planned shutdown. In response, the officials in control of the UAG’s future offered a rare ear to the students by reversing the decision and “removing the UAG from consideration for redevelopment at this time,” saving the UAG from conversion.

While we have achieved a major victory in preserving our campus’s few remaining spaces dedicated to the arts — most have been closed or repurposed — the fight is far from over. The key phrase from the university’s statement is “at this time.” While there won’t be any biology classes taught in the Art Gallery this year, it’s all but certain that this is a mere hiccup in the administration’s long-term goal of fully transitioning UCSD into a STEM-specialized university. Science-infused art spaces like Calit2 and Atkinson Hall exhibit how the university only sponsors art if it contributes to their scientific pursuits. Their next move is to calculate how they can do so more quietly.

As students invested in the impact that well-supported arts have on a college campus, we will need to continue holding our administrators accountable and ensuring their decisions represent our interests and passions. According to their statement, our administrators are “open to considering a viable proposal for the revitalization for the UAG.” It’s clear that everyone in the visual arts department — from Chair Jack Greenstein to the ICAM major sitting next to you in lecture — will be on the front lines of getting this proposal drafted, submitted and passed, but we need to be behind them every step of the way.

For the most part, Sun God Festival has not seen the hazard faced by some Southern California festivals with inadequate preparations for drug overdoses. However, implementing security pat-downs and quarantining students to their residential areas may not affect safety nearly as much as planning to lessen the cost of inevitable drug use: teaching students how to keep themselves safe being a crucial part. Not to mention, the funding newly added to amp up security could be better spent on recruiting artists more favorable to the student body if the existing funding were instead used more effectively. While the blood-alcohol level simulation on Sun God Festival’s website encourages attendees to self-surveil prior to the event, boosting more comprehensive drug-awareness education ahead of the festival may help to ensure that Sun God Festival  — even if deemed a fading tradition by some — still has attendees’ safety in mind.

Given the rising death tolls at music festivals — particularly Pomona rave HARD Summer, where three attendees died this summer — it is vital that Associated Students Concerts and Events considers where raves can go wrong and makes safety a priority. Ample access to water and shade are key, and medical treatment must be readily available. While these has been provided in at least some form in the Sun God Festival’s recent years, the reality of students taking drugs prior to the festival must be acknowledged and accounted for at the event itself. HARD Summer attendee Angel Ghaemi recounted for the L.A. Times that at least one of the deaths seemed preventable. Due to the lack of medical equipment and impenetrably congested traffic routes around the festival — which prevented any ambulance from arriving within 15 minutes — an SDSU student died. We cannot let a similar scene unfold during Sun God Festival. To preserve the tradition, effectively supporting students with adequate safety measures is key, both before and during the festival.

Food security remains an active threat to a prosperous campus at UCSD. In 2016, the UC Regents estimated that 42 percent of all students had either low or very low food security, and admitted to experiencing reduced food intake due to limited resources. In addition, 29 percent of all food-insecure students admitted that they had difficulty studying because of hunger and lacked money for food. Furthermore, the hunger gap also sharply increased among non-white students and students receiving financial aid.

Steps to alleviating food insecurity at UCSD are minimal at best. Healthy cooking classes, which could encourage students to eat cheaply and nutritiously, are neither free nor well-advertised. Roughly 48 percent of UC students admitted they would like help cooking simple and healthy meals, and 46 percent of students admitted they needed help making a monthly budget, according to a UC study on Student Food Access and Security. In 2015, the UCSD administration responded by creating the Triton Food Pantry, which receives funding from A.S. Council and various grants from across the UC system. However, the Triton Food Pantry still needs support; in 2015, it held a Crowdsurf campaign to raise additional funds to afford more nutritious — and more expensive — foods like fruits and vegetables. Ensuring consistent and reliable financial support for the Triton Food Pantry on behalf of the university should therefore remain an important part of the fight against campus hunger.

During the most recent A.S. elections, many candidates expressed support for reducing food insecurity at UCSD. Awareness surrounding the Triton Food Pantry continues to grow, and a good number of students remain aware of their unhealthy eating habits, even if they lack the resources to fix them. These signs point to the increasing awareness regarding food insecurity at UCSD, and contribute to ameliorating campus hunger.