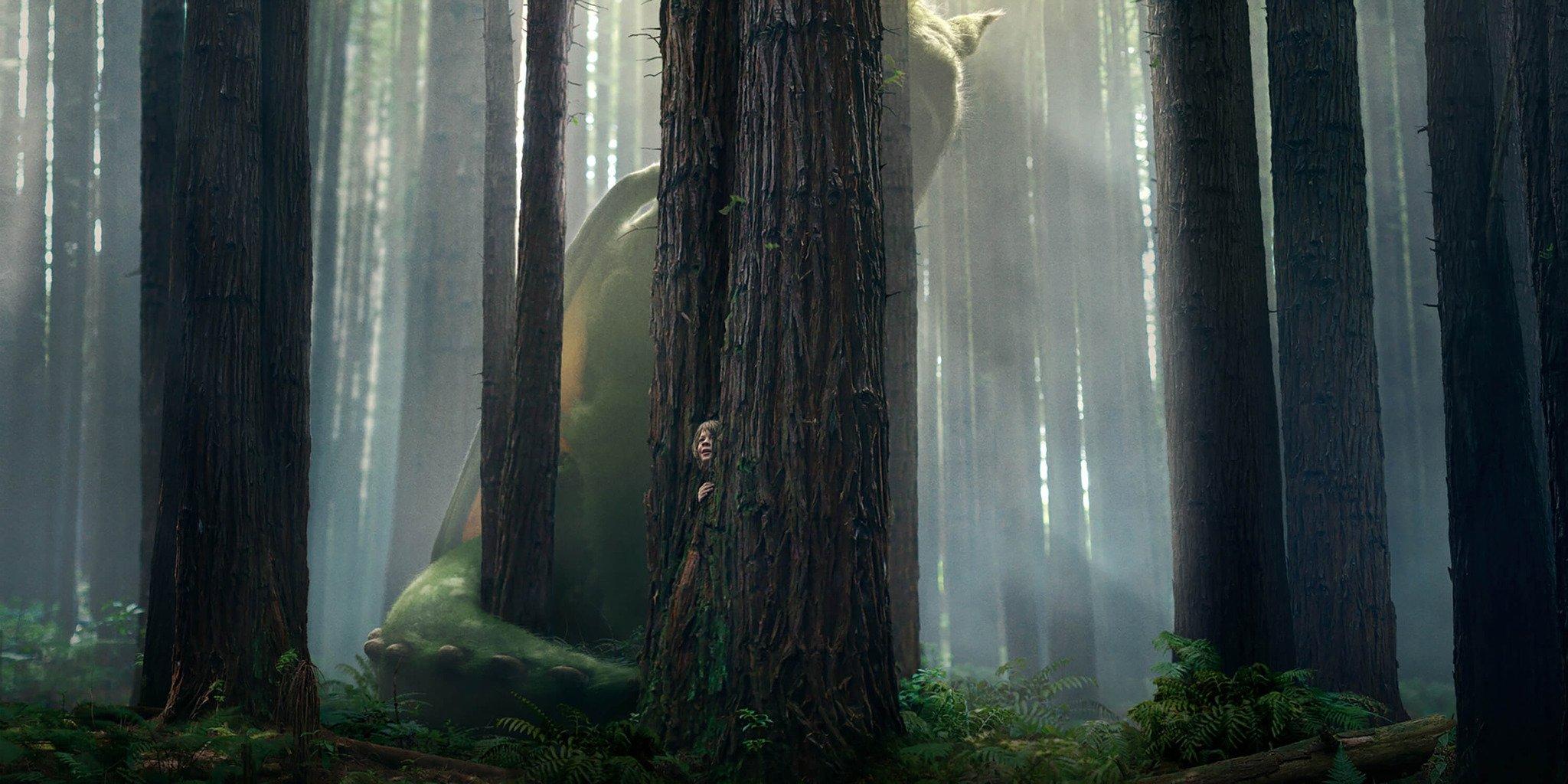 A movie that is essentially a fairytale combination of “The Jungle Book” and “King Kong” should be intriguing — especially if it includes a dragon. “Pete’s Dragon,” despite being that film, is a happy movie that does little to leave audiences with a lingering interest in it. In fairness, “Pete’s Dragon” is a decent film, and watching it is an enjoyable way to relax on a Sunday afternoon. However, its cautiousness is so extreme that the movie is more or less a filmstrip of different cliches, and its ending is a vacuum-sealed joy without even the slightest taste of bittersweetness.

The very first scene is memorable only for being the same first scene that viewers have seen so often that they can’t quite remember which movie they’ve seen it in: “Pete’s Dragon” opens in an aerial shot of a car gliding along a two-laned road dividing the kind of thick, beautiful forest that can be found in the Pacific Northwest. Pete (Oakes Fegley), a 5-year-old boy, is riding in that car with his parents and reading a story about a dog named Elliott, who becomes lost in the woods (this story offers a rough mirror of what Pete himself will go through). Pete is talking with his parents, and the lighting and conversation — too bright, too sweet — portends tragedy. A deer runs in front of the car, the car veers off the road and crashes in the forest and Pete’s parents die (yet Pete is unscathed, and Disney’s penchant for orphaning its protagonists has been so widely mocked that it must be a sardonic wink at this point). Luckily for Pete, he is quickly found by Elliott, the friendly green dragon of local myths whom Pete has named after the dog in the story. They live together for six years, until Pete is found by society.

At this juncture, the film leaves off its “Jungle Book” echoes and takes on more of a “King Kong”-lite moral dilemma. Pete is taken in by Grace (Bryce Dallas Howard), a woman who loved the forest so much that she dedicated her life to protecting it, and her family, which is comprised of her father, Meachum (Robert Redford), her partner, Jack (Wes Bentley) and his daughter, Natalie (Oona Lawrence). Everyone is fine in his or her respective role — the screenplay doesn’t provide chances to demonstrate any stunning acting, but all the actors show convincing sympathy toward and supportiveness of Pete. Jack’s brother, Gavin (Karl Urban), however, is such a stereotypical villain that he’s almost a comical character: He’s flamboyant about cutting trees, and when he stumbles upon Elliott, not only does he try to kill him at first, but later he insists on taking Elliott and making money out of making a spectacle of him. If only Naomi Watts had been cast opposite Elliott instead of Pete, Gavin would probably have been made at some point to say “It was Beauty killed the Beast.” Perhaps not though. “Pete’s Dragon” is no “King Kong,” with its wistful sense that Kong and his kingdom should never have been brought into contact with humans. While “Pete’s Dragon” does in fact touch on a similar note — that Pete and Elliott should not have been separated — the decision on the part of the film’s makers to eschew any darkness leaves viewers unworried about the story’s characters and unengaged in the drama. Aside from the deaths of Pete’s parents in the beginning of the film, there’s never any sense that characters are truly in trouble. Viewers know that, based on how quickly drama turns into comedy in this film, no one is really going to die. The only question that leaves audiences in suspense is whether or not Pete and Elliott will have to be separated in the end, sorted into their respective roles: Pete learning to readapt to human society and Elliott ruling over the forest.

The ending, however, evades any feeling of loss, or even of fate sadly ending the halcyon days of Elliott and Pete. No unhappy corner is left unrounded, and the result is that the film attains no satisfying dramatic conclusion — the film turns out to be a joyful and sweet one, fit for children and people just looking for an uplifting movie. But it’s a fairytale that viewers will recognize as conforming completely to a mold, not shaping a new one.