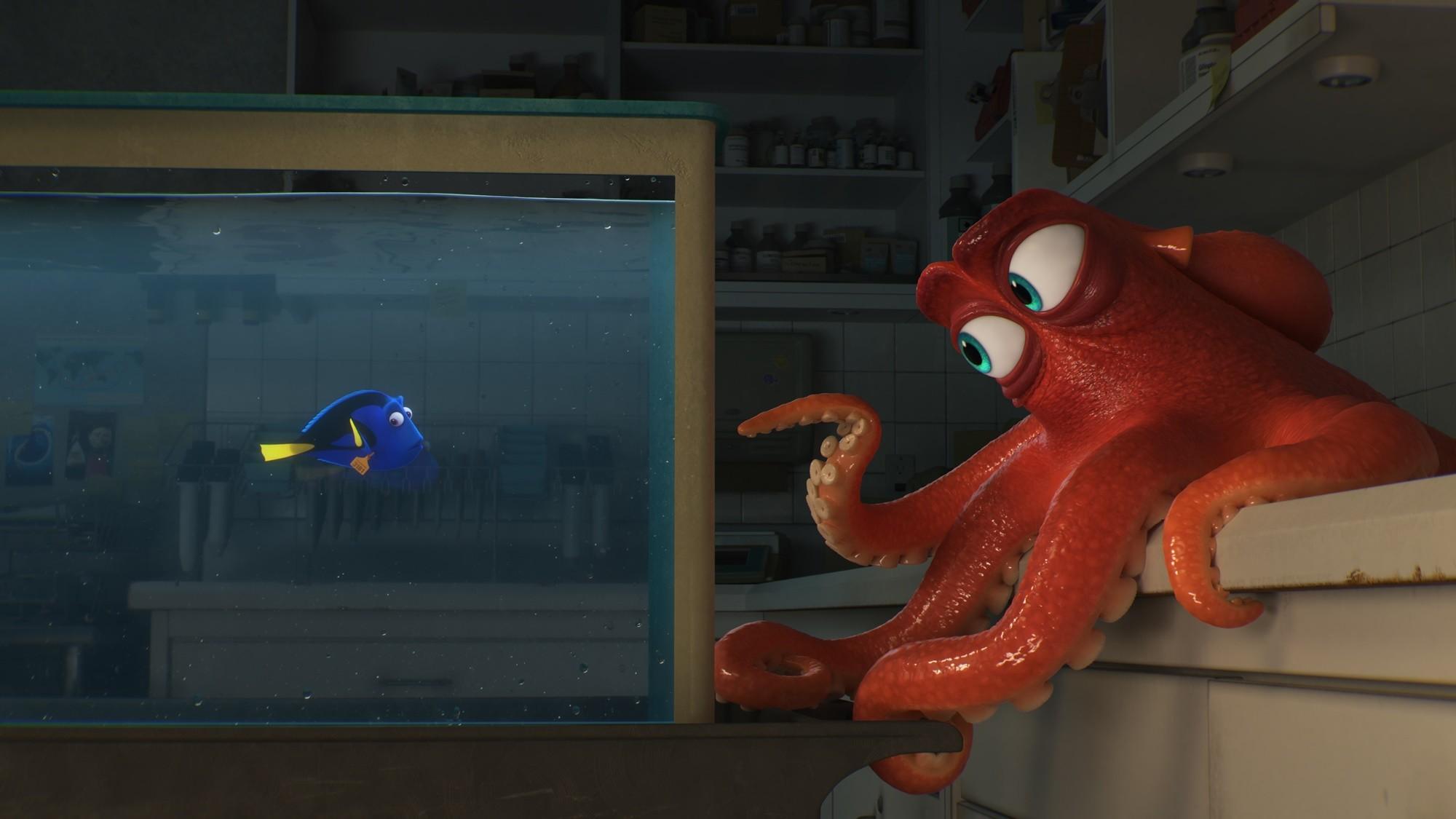 The fragility of memory and stability is universal for geriatrics and recent graduates alike. Friends fade away and priorities change, even on a scale as short as a year. The minutiae of daily life keep grinding and we’re left with fewer constants in our lives as the days pass. Finding solace in the few sacred spots — such as family and our closest friends — staves away anxiety from what become perennial pressures. Those intimate connections defined by blood and circumstance are what lie at the heart of “Finding Dory.”

Taking place a year after the events of “Finding Nemo,” the film begins with Dory (Ellen DeGeneres) and the family she’s accrued — still boyish Nemo (Hayden Rolence) and the neurotic Marlin (Al Brooks). Dory, peppy as ever, bequeaths the position of Teacher’s Assistant upon herself for Mr. Ray (Bob Peterson). A chain of events springs into action when she doesn’t follow basic safety protocol and is pushed farther away from the class. It isn’t long before her boundless energy and poor memory lands her in hot water — almost hurting Nemo in the process and provoking a quick-tempered response from Marlin. Breaching exposed nerves — Marlin’s being Nemo’s safety — can lead to hurting those closest to us. As Dory takes a swim and finds herself in a new drab green sea of kelp, she inches closer toward the “Nemo” franchise’s sign of impending doom — a boat. However, Nemo and Marlin arrive too late to do anything about her abduction by a pair of marine biologists working for the Monterey Marine Life Institute.

We’re introduced to the Institute by Sigourney Weaver’s voice — in what becomes an amusing running gag — over a recurring PA announcement. A sprawling cast inside and out the Institute is sure to impress with their credentials. Dory’s personality is magnified and takes natural hold of those who will become her marine comrades — the first of those being begrudging septopus Hank (Ed O’Neill), only willing to help her in exchange for a transfer tag to Cleveland — surely the only living creature actively seeking to live there with all its Midwest ennui. Idris Elba lends his rich baritone voice to Fluke, an amusingly all-too-territorial but helpful sea lion who aids Nemo and Marlin by connecting them to the slightly deranged bird Becky for a ride. Kaitlin Olson of “It’s Always Sunny in Philadelphia” switches gears from alcoholic creature to an aquatic one and delights as Destiny, a short-sighted whale shark.

The individual efforts made by a network of friends contribute to a confused escape plan that borders on Sisyphean in times of crisis and Herculean at its most synergetic. Whether it be taking place in the harsh environment of a kiddie pool with handsy kids or the relative peace of a heartbroken clam’s exhibit, “Dory” mines action from its environment. Dory’s own journey in particular deals with the battle between stability and aspirations. Held back at times from her true desires by her weak memory, the limitations she faces are more often imposed on her by others than herself. Self-sufficiency becomes the name of the game and the agency Dory reveals is inspirational without becoming insipid. The film works with an unabashed sentimentality that pushes through what could have easily been a trite message: We’re more than our biology.

Dory’s flashbacks to her childhood and family are equally sweet and sad, showing the lengths parents are willing to go through for their children to feel comfortable in what can be an all-too-often hostile world. Although the film never feels stilted, it’s kept from achieving full potential by just how quickly the film moves. What could have been perfectly played emotional beats are slightly reduced in the name of plot advancement. The very same speed that grants “Finding Dory” its unceasing energy is a double-edged sword. In order to serve the unfolding machinations in the background, there’s a sense that the audience is being cheated out of an emotional climax a little too soon.

Although it never quite reaches the peak of its predecessor, “Finding Dory” offers a new generation of kids an unforgettable tale of loss and rediscovery. The film may have given up the ocean in exchange for an array of tanks, but the horizon is as wide as ever.