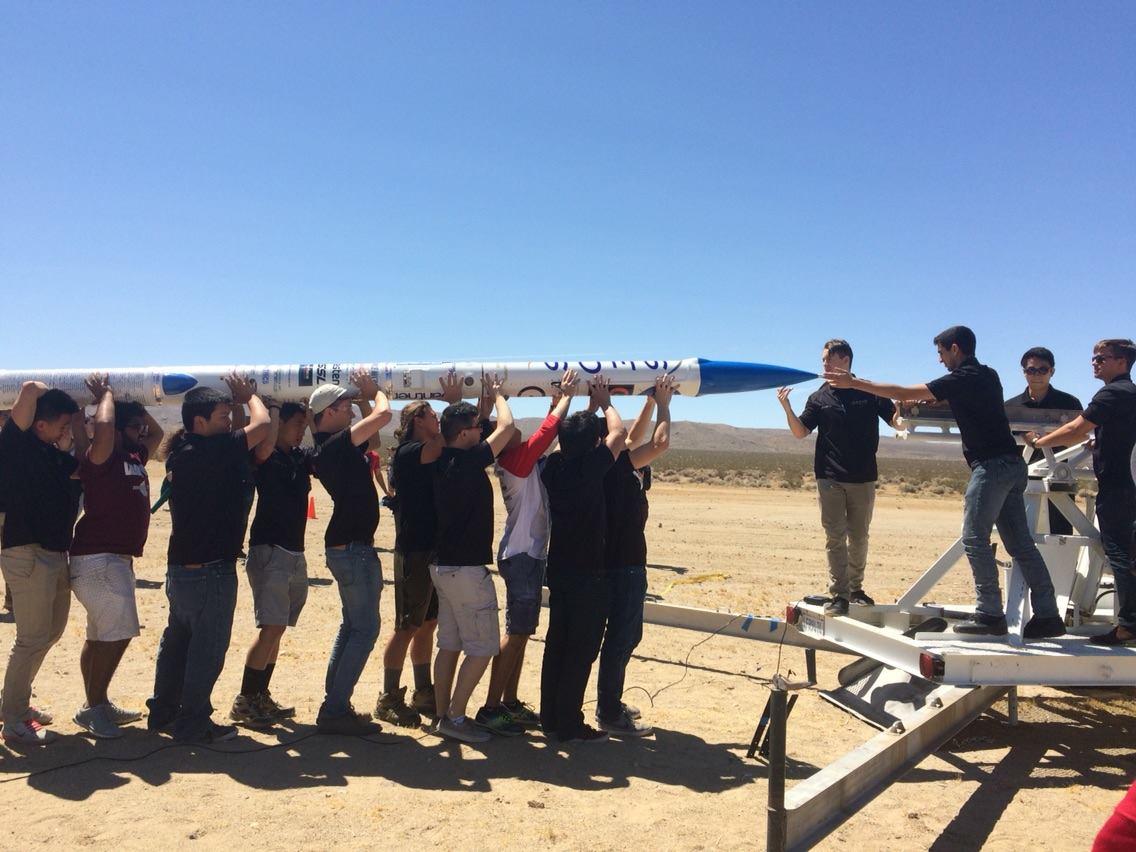 Students for the Exploration and Development of Space at UCSD became the first undergraduate team in the world to successfully fire a rocket powered by a 3-D-printed engine on May 21. The 19-foot-tall rocket, called Vulcan-I, reached an altitude of nearly 10,000 feet during the launch at the Friends of Amateur Rocketry site in the Mojave Desert.

UCSD SEDS designed, developed and tested the technology for Vulcan-I over a span of about two years. The rocket was damaged while landing due to poor weather conditions and a parachute malfunction. However, team member Rohit Ghosh still considers the day a success.

“We’re ecstatic by what we were able to do,” said Ghosh, who is responsible for the team’s ignition sequencing. “We worked so hard on this — it was like a job. And the engine survived intact when it came back down.”

Sixth College sophomore Darren Charrier, who is the organization’s incoming president, also expressed pride in the team’s ability and determination to fulfill its objective.

“We set out to be the first students in the world to launch a rocket powered by a 3-D-printed engine, and we met that goal this weekend,” Charrier told the UCSD Guardian. “It was very rewarding to see all our work come together and blast off into the Mojave Desert sky.”

Charrier added that his organization’s success is proof of concept that professional aerospace companies can implement this technology in their own rockets.

“If students at the undergraduate level could drive down the costs of building these engines, we could actually fly rockets and send up payload that is cheaper and more efficient,” Charrier said.

The student organization raised over $22,000 for the Vulcan-I project through a Kickstarter campaign last spring and received support from sponsors such as NASA, Lockheed Martin and Qualcomm. The team’s other projects include a static fire system for testing rocket engines called Colossus and a semi-autonomous cube satellite for deep space exploration called Triteia.