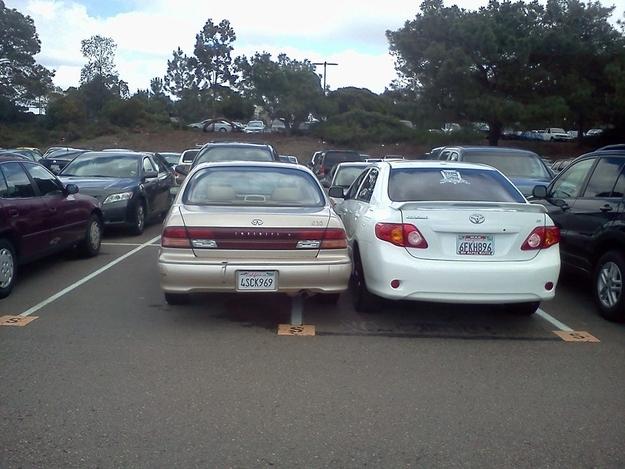 Last Thursday UCSD Transportation Services announced a new policy to restrict freshmen from purchasing parking permits starting in the 2016–2017 school year. Along with this policy change come plans to build several new parking lots, to increase paystation hourly rates and to incentivize the use of public transportation. These changes come during a time when student enrollment rates are increasing and on-campus housing will be expanded to accommodate the growing UCSD community.

The policy is meant to encourage freshmen who live on campus to consider other options for transportation to reduce the amount of parking spaces that are simply used as storage. Transportation services emphasized how housing situations will be considered when granting exceptions to the freshman-year permit ban, but encouraged students to look into alternative commute options.

“Exceptions to the new policy will be provided on a case-by-case basis and determined by a committee of students and staff,” according to Transportation Services. “We encourage all students to use the Triton U-Pass whenever possible. If you live close to campus, U-Pass will enable you to ride MTS or NCTD transit to campus easily. Even those who live further away are encouraged to find commute solutions — use free, local transit hub parking and ride transit to campus via your U-Pass whenever possible.”

Sixth College transfer Nicholas Warner described his negative experience and pointed out the lack of useful resources to remedy the situation. He believes that the policy to restrict freshmen from buying parking permits is a temporary solution that glosses over the deeper issues.

“Restricting first-year permits will open up some new student spots,” Warner told the UCSD Guardian. “This is a band-aid for the symptoms of over-enrollment which cascades into several other issues [such as] ridiculous faculty to student ratios, and devaluing the UCSD brand … it’s a short-sighted attempt at prolonging the results of a critical issue the administration is willfully trying to be ignorant of.”

Thurgood Marshall College sophomore Jasmine Sabei and the incoming director of Transportation Justice for the Student Sustainability Collective, described how the issues of housing and transportation are intertwined.

“UCSD is continuing their increase in student admissions without compensating for housing, so more and more first years will be living off-campus,” Sabei told the Guardian. “This is a problem for commuters since the buses (201 and 202, especially) are already packed as it is … UCSD needs to improve their relationship with MTS in order to discuss ways to meet the needs of the increasing student commuter population. Each student … is already being charged more than $50 per year for bus transportation, and [with] the amount of money MTS is [making a profit off of], they should be able to afford to run more buses.”

Warner also felt that the added parking structures may cause more problems if the university does not consider more construction projects to offset the potential side effects of added parking.

The second policy change will increase Paystation rates from $1 per hour to $2 per hour. Transportation services gave two reasons for the change.

“One, we want to create consistency across campus by just having one standard visitor rate,” Transportation services told the Guardian. “And two, we want visitors to use only the time they need rather than parking all day.”