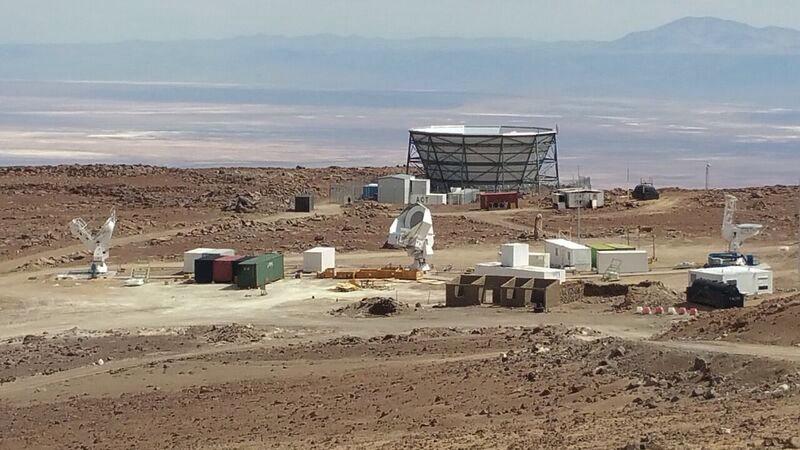 A team of researchers, including astrophysicists from UCSD, will receive $40 million in grant money from the Simons Foundation and Heising-Simons Foundation for the construction of the Simons Observatory in Chile, the university announced on May 12. The observatory will build upon two existing facilities in the Atacama Desert, the Simons Array and Atacama Cosmology Telescope, and measure the cosmic microwave background (CMB) of the early universe to decipher the mysteries of the Big Bang.

The CMB is leftover thermal radiation from the Big Bang; it fills the universe with a faint glow and can be detected in any direction. Mark Devlin, a professor of astronomy and astrophysics at the University of Pennsylvania and project spokesman, explained to the UCSD Guardian how the CMB will help researchers detect events that occurred in the beginning of the universe.

“The CMB last interacted with matter around 380,000 years after the Big Bang and since then it’s been traversing through the universe until we detected it here,” Devlin said. “In the intervening time it passes by the universe as it’s evolving and growing structures… and they all leave a slight imprint of the effect; it’s usually due to some gravitational effect on the CMB itself. So we can look for those slight deviations, and that helps us to understand how the universe evolved over cosmic time.”

Devlin further explained that the dense, high-energy state of the early universe created gravitational waves that propagate through the universe and leave a specific pattern, the primordial “B-mode polarization,” on the CMB. Researchers will also observe this pattern in order to gain a better understanding of the early universe’s evolution.

Brian Keating, UCSD professor of physics and astrophysicist at UC San Diego’s Center for Astrophysics & Space Sciences, told the UCSD Guardian that the Simons Observatory will set a new benchmark for research reliant on CMB.

“It’s going to be an array of several telescopes that will be extremely sensitive, using the most sensitive detectors that have ever been built,” Keating said. “These detectors will extend our reach and understanding of the universe back to almost the very beginning of time if we can measure the imprint of the signal that we’re looking for…  A lot of telescopes can measure the CMB but they don’t have our sensitivity or our ability to map most of the entire universe, and they don’t have the size and quality of the team that we’ve assembled.”

Moreover, Devlin explained that the Simons Observatory will not function as a traditional observatory since the telescopes will not serve as optical telescopes, but will specifically measure CMB.

The team will be made up of researchers from UCSD, UCB, the University of Pennsylvania, Princeton University and the Lawrence Berkeley National Laboratory. Keating clarified that these institutions were selected to receive the grants totaling $40 million over the course of five years because of advancements they’ve made in the field of cosmology.

“We are building the most advanced telescopes and detectors and infrastructures for this type of research,” Keating said. “Many of the groups that are trying to do this are competitors around the world, and we initiated a collaboration with the preeminent universities that are pursuing this research… the [institutions involved in the project] are really doing some of the finest research and development in this field of technology and cosmology.”