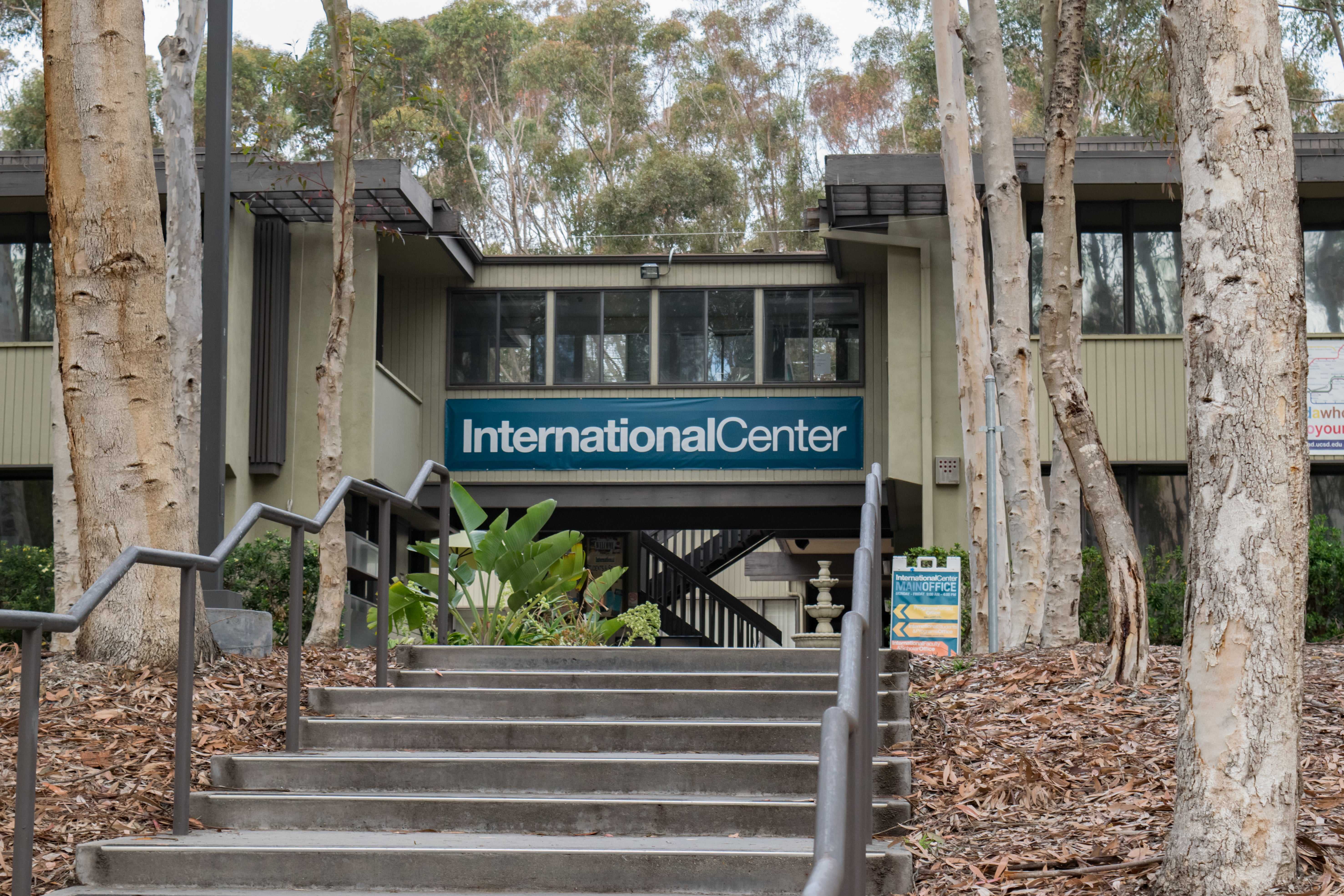 UCSD will temporarily vacate and relocate all offices within the International Center this summer, according to an administrative email sent out to Student Affairs staff in late April.

“This move is a result of several factors, including the growing need to accommodate the number of international students that the center serves, the interior and exterior conditions of the building and the need to acquire more space for increased staffing,” Clark explained. “Services to international students will remain the highest priority and should not be impacted as a result of the move.”

Founded in 1961, the International Center has been open to members of the community and visitors from abroad for 55 years. All of its programs and offices have been located within the existing building on South Library Walk for nearly 45 years.

According to Clark, university officials estimate that I-Center staff will remain in these transitional spaces for five years. Administration has not yet determined a course of action for the Friends of the International Center office, which has been a part of I-Center since 1973.

“The current plan, with its lack of suitable space for the Friends of the International Center, may well result in the end of the programs operated by the Friends of the International Center for the past 55 years,” Newmark told the Guardian. “The cessation of these programs will have far-reaching negative effects for the entire university … The decision to vacate is misguided, especially when considering the big picture.”

In the past, the nonprofit has provided scholarships for students studying abroad, organized hospitality programs for international visitors and planned social events. Friends of the International Center also has its own thrift store on campus called the Resale Shop, which sells donated items in order to raise money for scholarships and I-Center events.

Thurgood Marshall College senior Vesta Yazdani, who has supported the Friends’ Resale Shop and I-Center’s other resources throughout her time at UCSD, recently created a Facebook campaign called “Save the UCSD International Center”. She hopes the campaign will raise awareness of the move and encourage community members to directly contact administration for details about the future of I-Center.

“We started this initiative to get more information and demand answers about what’s going to happen because there’s no clarity on this situation— nobody is saying anything,” Yazdani told the Guardian. “Many [people] don’t even know [about the move]. We need to question and pressure people [to find out] what’s going on because this sounds like another Porter’s Pub or Che Cafe [situation]: the archetype at UCSD. We should question why this is a trend.”

Yazdani’s campaign has nearly 400 likes on Facebook and features photos of UCSD students and faculty holding signs that read “I am the International Center” in solidarity with the establishment.

“I-Center has served [the needs of] a large number of scholars who come from abroad almost since the beginning of UCSD, in terms of anything from Visa applications to learning the [English] language and [American] culture, which has helped these individuals and their families settle here in the United States,” Schmid-Schoenbein said. “It’s a very welcoming place to these individuals and the experience they have at the International Center is often a life-shaping experience. It’s a great pity in my opinion that [the center] is losing its home and not being told where or what its future looks like.”

Clark explained that long-term details of administration’s vision for the center have not yet been released because work is ongoing and several aspects of the plan have yet to be determined.