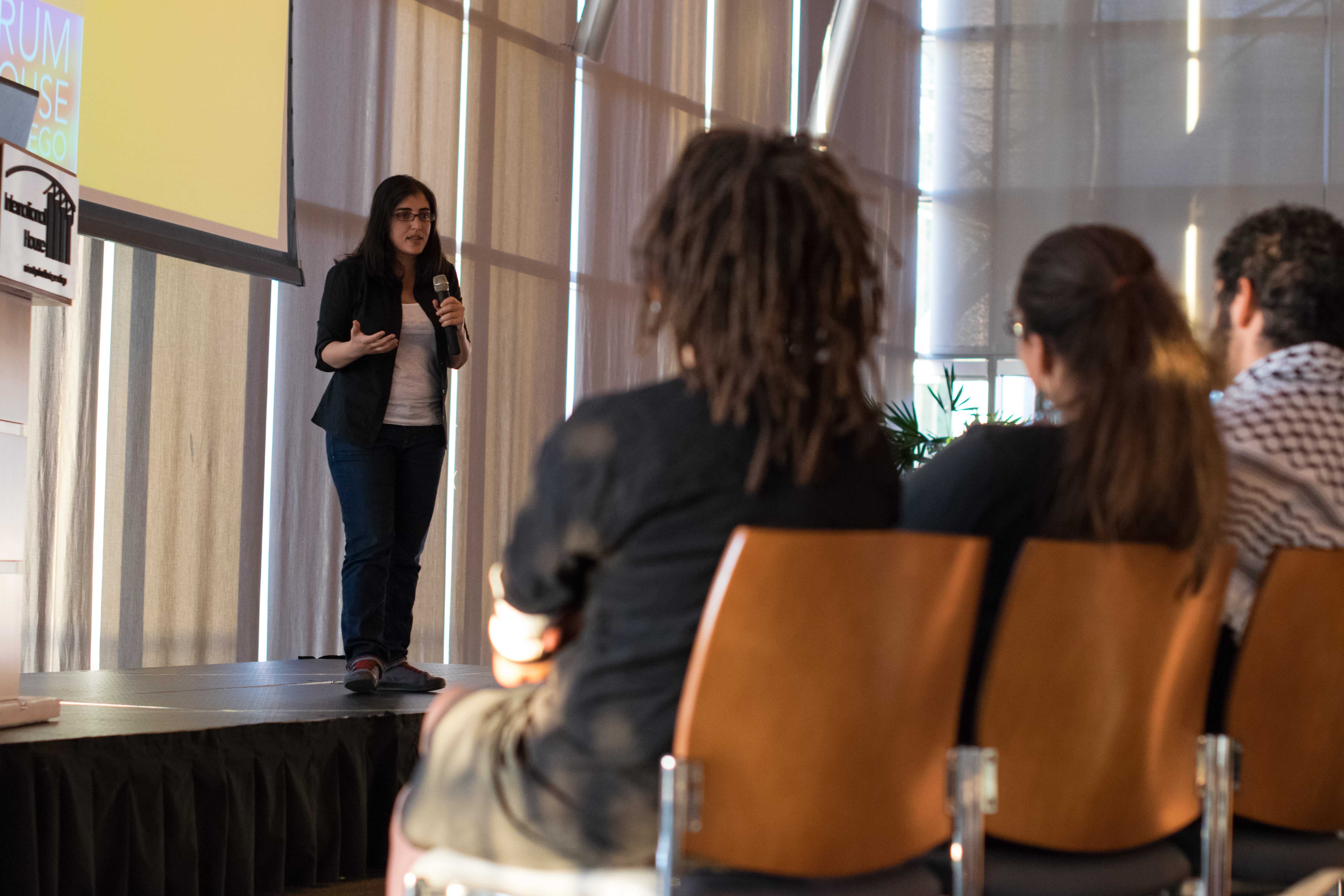 The UCSD Critical Gender Studies Program, in partnership with the Global Forum at UCSD International House, hosted Palestinian queer community organizer Haneen Maikey on Tuesday, April 19. Maikey, who co-founded the national Palestinian LGBTQ organization alQaws for Sexual and Gender Diversity in Palestinian Society in 2001, delivered a lecture to UCSD students and faculty titled “Queer Organizing in Palestine Today” as part of the university’s annual Out and Proud Week.

In addition to Maikey’s lecture, the week will feature several other events that celebrate the achievements of the LGBTQ community and raise awareness about issues it currently faces.

“While historically this week has been called Out and Proud Week, experiences of Pride movements and narratives of coming out need critical examination,” the UCSD Out and Proud Week website stated. “Not everyone is out nor wants or needs to be, coming out is not a single action and is different around sexuality and gender identities and expressions, and for many coming out and expressions of pride may not be safe. We appreciatively challenge what being Out and Proud means and honor the diversity within our community.”

To kick off the celebration, students gathered together on Library Walk next to the rainbow balloon arch to eat their lunches and to make the LGBTQ community and its allies as visible as possible.

On Wednesday, the Chancellor’s Advisory Committee on Gender Identity and Sexual Orientation hosted an open meeting at the Cross-Cultural Center to discuss how it can best carry out its goal of “promoting a welcoming and inclusive UC San Diego campus environment.” An “Artists of Color” panel also took place that night at the Huerta-Vera Cruz Room to discuss the topic “Beyond the Rainbow: More Than Single Issue Lives.”

Later that night, students partook in a community vigil at the Triton statue steps — organized by Queer Sixers United and Sixth College Resident Assistants — to reflect on events that happened over the past year and stand in solidarity with each other.

The Raza Resource Centro will then host a Joteria Loteria game night on Thursday and will offer small prizes. Also, the LGBT Resource Center will be offering anonymous HIV testing and holding an intergenerational dialogue between students and faculty.

UCSD’s 2016 Out and Proud Week will close out with an event called “Holla Back, I Got Your Back: Friends Supporting LGBTQIA Survivors,” organized in collaboration with CARE at the Sexual Assault Resource Center, as well as “Queer-aoke” at the Sixth College Dogg House.