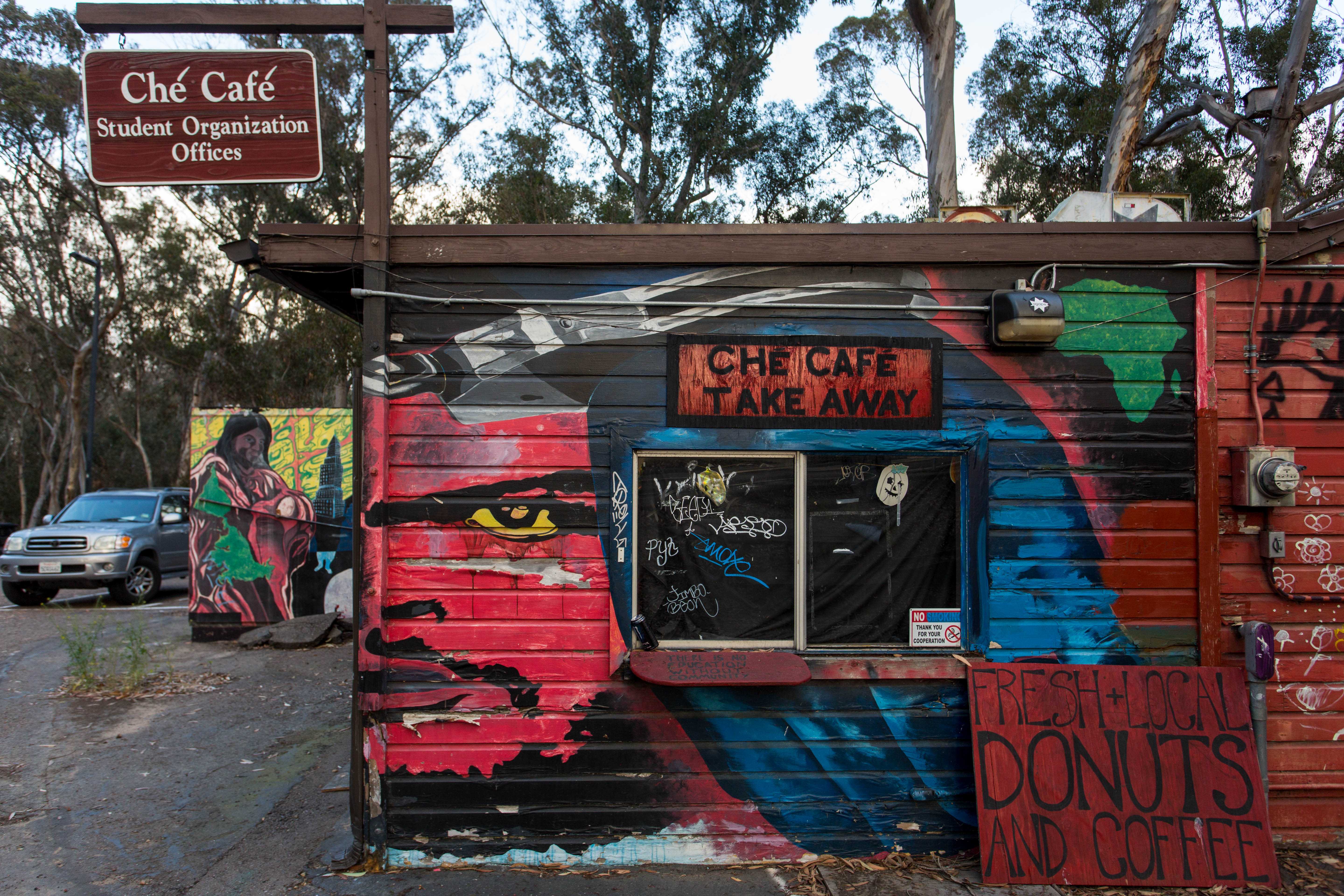 The C.H.E. Cafe hosted a vegan potluck to celebrate the first anniversary of the beginning of the C.H.E. Cafe sit-in and occupation, which protested the UCSD administration’s attempts to evict the building. Following Saturday’s potluck was a benefits concert for Groundwork Books, which was meant to strengthen the bookstore’s position in lease negotiations.

Currently, the C.H.E. Collective is in the process of negotiating a new Master Space Agreement. According to University Centers Advisory Board Chair Claire Maniti, the new MSA will be based on a proposal made by the Co-op Advisory Committee, which is composed of representatives from all UCSD co-ops, including the C.H.E. Collective, A.S. Council, the Graduate Student Association and UCAB. In addition, Maniti told the Guardian that the need to create a new MSA is not a result of the C.H.E. Collective’s activities, but is because the leases of all of the co-operatives are expiring this year.

“We didn’t have any administrators at this committee and we met every week for an entire year and worked out terms for a new lease that we presented to the administration,” Maniti said. “This was good because the student negotiation part of this was kind of the basis of where we are going to start with the MSA, but any of those terms are very much negotiable.”

However, Maniti discussed that the Office of the Ombuds ensures that all parties involved in negotiations are able to freely communicate their terms.

“The way the Ombuds works is that no party has a greater voice,” Maniti said. “They consider each party on equal footing which is probably a better place for the co-ops than if they were negotiating without a mediator in which case the footing is not equal.”

Though the university retains the ability to evict the Cafe on short notice, Muir College senior and C.H.E. Collective core member Raquel Calderon does not believe administrators will evict the facility in the near future.

“Yes, the university could legally post a new eviction,” Calderon told the UCSD Guardian. “But we meet with them weekly, face to face, and are negotiating in good faith … That’s all we have to go on at this point, but we’re working through it.”

Maniti confirmed that all negotiating parties are aiming to finalize the new MSA by Week 8 this quarter. She also stated that the university has spent $350,000 on installing a fire sprinkler system to the facility and on improvements that will help it meet the standards set by the American Disabilities Act. UCSD Communications Manager Christine Clark confirmed to the Guardian that administrators will continue working on the facility throughout the summer.

C.H.E. Cafe Attorney Andrea Carter told the Guardian that the C.H.E. Collective requested an interim agreement to secure the Collective’s position on campus while the lease was being negotiated. However, the university has remained unresponsive.

“Despite [the university not responding to their request], we have great hope and optimism that we will finally emerge with a new and acceptable lease for all four co-ops,” Carter wrote. “Overall we are pleased that the university has finally begun to recognize that the co-ops are unique and valuable institutions on campus that serve multiple functions beyond great entertainment, food, wares and literature.”

The C.H.E. Collective Campus Reintegration Committee was formed as part of a measure A.S. Council passed in Winter Quarter 2015 to help the Collective become more student-centered. Though the Collective opposed some parts of the measure, such as the vacating of the Cafe during renovations, part of its purpose is to ensure that members of the Committee could approve any physical changes to the Cafe before being implemented by the administration.

Paolo Gabriel, a graduate student and member of the Committee, told the Guardian that the Committee has been necessary in including the C.H.E. Collective in the new MSA.

“Our role is more just to be the ones that are informed between the administration, A.S. Council, GSA and the C.H.E. Cafe because, if there are any confusions, at least there’s someone that can step up and clarify things,” Gabriel told the Guardian. “I think so long as the C.H.E. Cafe gets onto this new MSA agreement, the [Committee’s] job will be done. The point of the Committee was to make sure the C.H.E. survives as a student organization rather than being dropped as a co-operative.”

Calderon confirmed to the Guardian that the C.H.E Facility will be suspending operations for the summer.

“In order for the repairs to happen to the [C.H.E.] we will be closing and not holding concerts for about a 2–3 month period, planned for the coming summer,” Calderon said. “It would be after final exams for Spring Quarter, so after June 12.”

This article was co-written with Tina Butoiu.