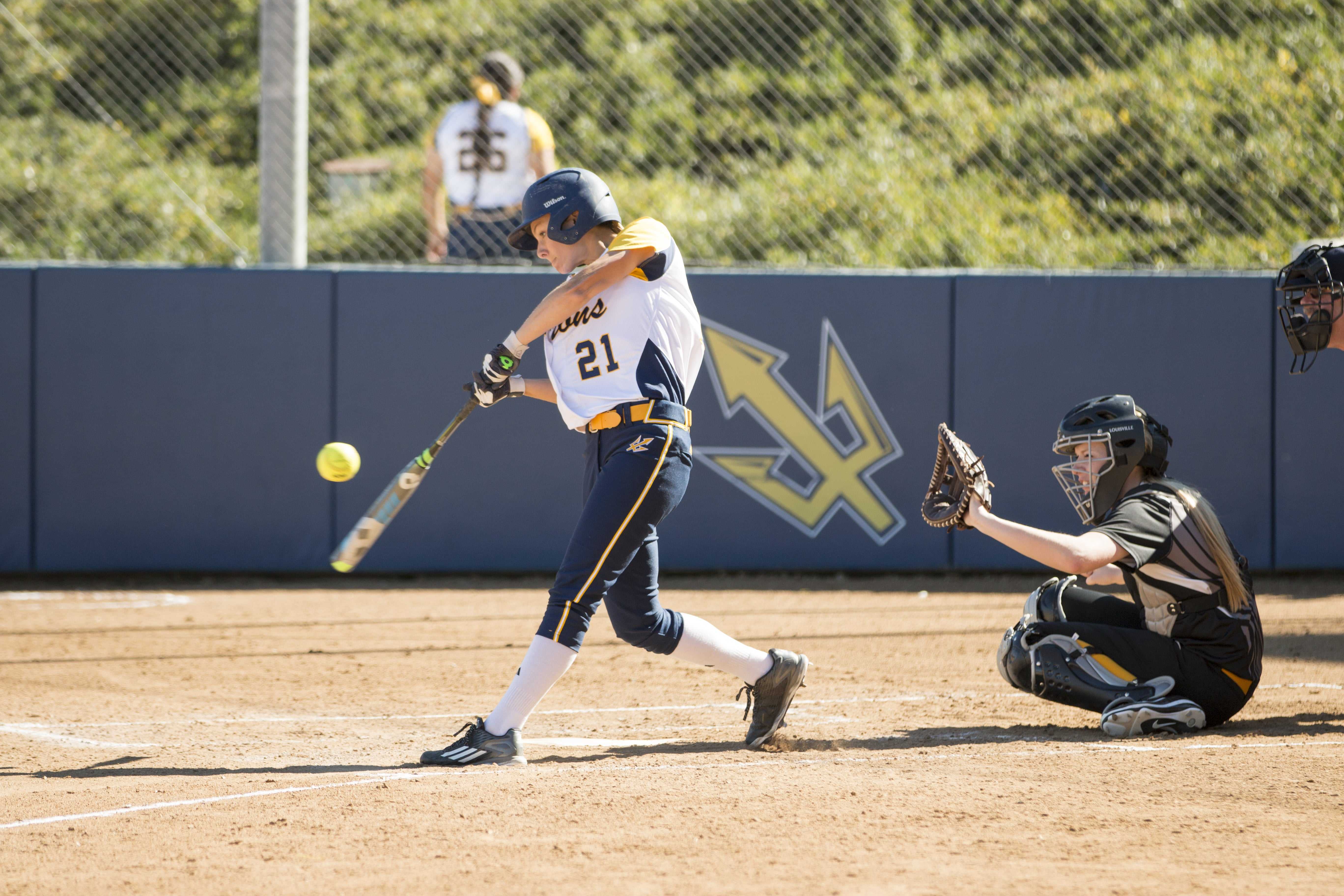 After winning the two first games on Friday, UCSD’s offense sputters as they lose Saturday’s doubleheader.

The 25th ranked UCSD won the first game on Friday with a solid score of 2–0 and followed up with a nail biting, walk-off victory of 4–3 in the bottom of the seventh inning during the second game. With the doubleheader win on Friday, UCSD advanced to 20–10 overall and 14–8 in conference ranking.

For the first game, the Tritons were in solid control the entire time until they achieved their 2–0 victory over the Pioneers. Senior left-handed pitcher Lexi Edwards was able to throw a complete game shutout with only six hits by the Pioneers. The first run was achieved when senior outfielder Taylor Abeyta scored off teammate senior outfielder Kristin George off a bunt for a base hit and a point on the scoreboard. The second run for the Tritons occurred during the fifth inning when sophomore outfielder Kelsi Maday was brought home from third plate by sophomore catcher Lauren Sanders, who grounded out. Altogether, the Tritons were able to steal eight bases with Abeyta leading on three swipes. Abeyta also had two hits and one RBI, with George tallying up two hits and one run.

An hour later, the two teams faced off again, and this time around, the competition was much more thrilling. With a final count of 4–3, both teams were tied up until the seventh inning. The Tritons put their numbers on the board by scoring one run in each of the first three innings. The first run was scored off a sacrifice bunt from freshman infielder Maddy Lewis, who was able to bring home Maday in the first inning. Next, sophomore first-base Sam Glantz snuck the second run in when Pioneer catcher Ali Cerminara literally dropped the ball on a fielder’s choice. The third run emerged when Sanders hit an RBI single to bring home Lewis.

Despite this early, strong game, the Pioneers were able to tie up the match at 3–3 by the end of the fifth inning. It wasn’t until the end of the seventh and final inning that the Tritons made the decisive play that would give them the victory for the night. Lewis was able to do it again as she hit another walk-off suicide bunt, sacrificing herself so that Maday could come home safely from the third plate. Maday not only scored two runs that game but she also managed to steal three of the six stolen bases for the Tritons, making a league-leading total of 73.

“[The wins] were big for us,” Maday told the UCSD Athletics Department. “We have been struggling a little bit but today we played really gritty and just did whatever we could to pull out these wins.”

On Saturday, the Tritons failed to meet and enjoy the same success that they experienced in the first two games. Instead, they were handed losses in the third and fourth games, ending at a lowly 1–0 and at a whopping 13–1, respectively. After losing Saturday’s doubleheader, UCSD dropped to 20–12 overall rating and 14–10 in conference ranking.

In the third game of the weekend, Pioneers pitcher Sierra Clark was merciless to the Tritons, pitching the entire seven innings with eight strikeouts and only allowing two hits and one walk to come as a result of all efforts from the Tritons. The first six innings actually went scoreless with neither side giving up any points. At the top of the seventh, however, the Pioneers were able to hit an RBI that brought in one of their own. The Tritons couldn’t answer during their batting and they ended up losing the game as a result.

The fourth game did nothing to improve the Tritons’ performance, which actually got worse. Although the Tritons were able to actually score this game,  sadly ended up giving a season-high 13 runs to the Pioneers, marking this as one of their worst losses of the season.

The Pioneers scored two runs in the second inning, two in the fifth inning and one more in the sixth inning. Things got a little out of hand when the seventh inning came around, as they were allowed to score eight runs in the final inning. The Tritons on the other hand, were only able to score one run during the entire game at the bottom of the seventh, thanks to a bunt from George which brought in sophomore infielder Kendall Baker.

Following this weekend’s even split of wins and losses, the Tritons will next compete in the three-day Tournament of Champions hosted by Stanislaus State from Friday, April 1st to Sunday, April 3rd.