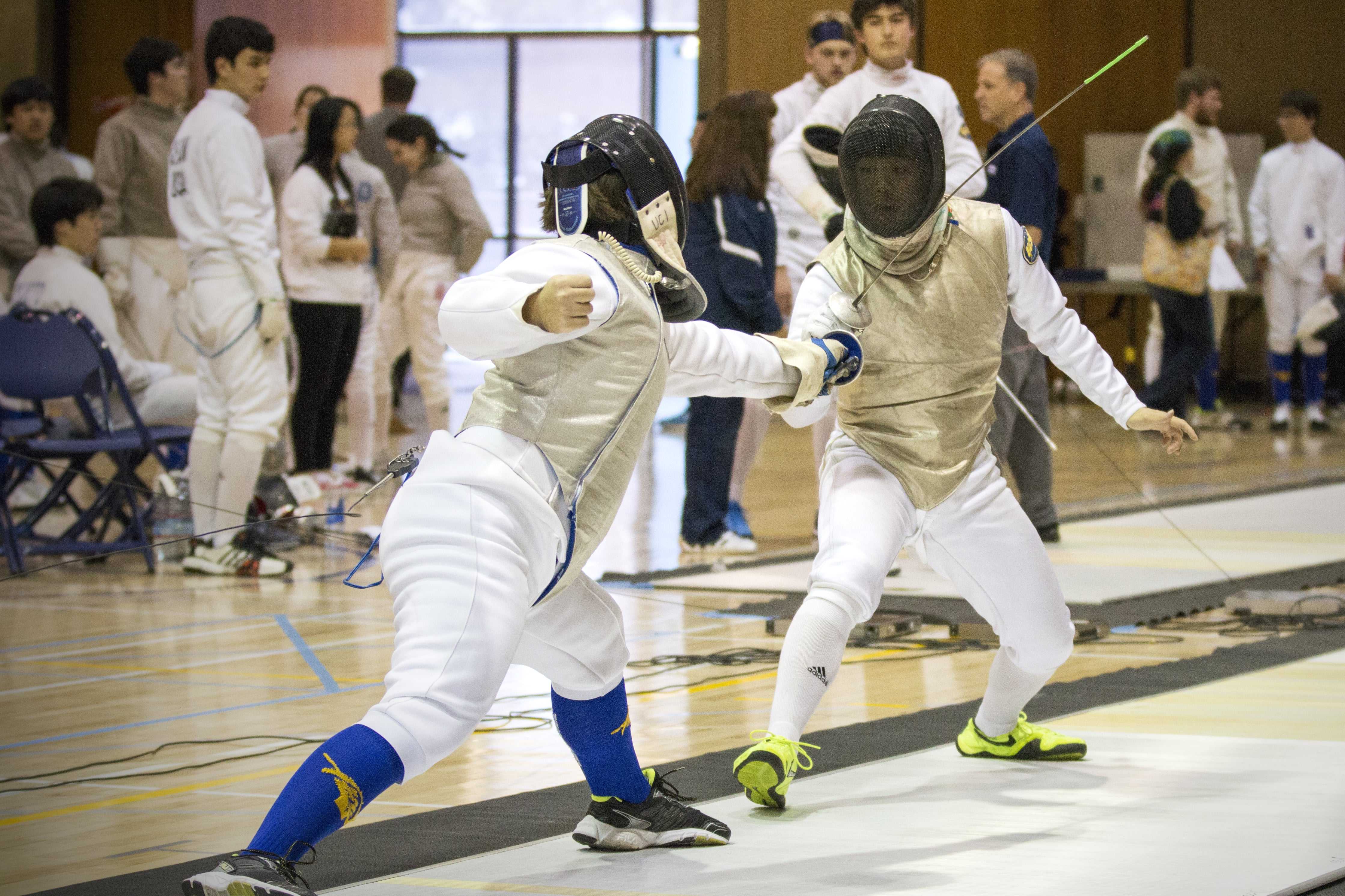 Leanne Singleton-Comfort gets best ever finish by a Triton at the NCAAs.

Singleton-Comfort competed in her first ever National Championships and nearly had a dream ending to her freshman fencing season, tying for third, the best finish at Nationals in UCSD’s history.

Even though Singleton-Comfort fell into eighth place in the field of 24 competitors during the first three rounds, with an extremely competitive field, she managed to come out victorious in nine out of 15 bouts, six coming against top-10 nationally ranked opponents. Her most notable wins came against fencers from No. 1 Notre Dame, No. 3 Harvard and No. 4 Princeton.

Singleton-Comfort finished with a positive ratio of touches, 60 for and 57 against, for a +3 indicator.

On the other hand, Holmqvist ended the first day in 15th, although she did earn a win in an impressive fashion against No. 1 Notre Dame’s senior foilist Nicole McKee, 5–2.

Holmqvist totaled 30 touches for and 72 touches against on the day for a -42 indicator.

Holmqvist’s teammate, Singleton-Comfort, continued her success at the National Championships, recording five victories out of a possible eight on Friday, the second day of the competition. The five victories throughout the fourth and fifth rounds earned her a place in the final four.

During the semifinal, Singleton-Comfort was drawn up against the 2014 national saber champion, sophomore sabrist Adrienne Jarocki from Harvard. Though she had a solid start, and held an early two touch lead over the former national champion, Singleton-Comfort’s dream run in the competition came to an end after a 15–9 defeat. Jarocki would eventually earn her second national championship.

“Nationals have been the experience of a lifetime,” Singleton-Comfort told the UCSD Athletics Department. “My goal coming in was to finish in the top 12, but I never expected to be fencing on the finals strip.”

Singleton-Comfort was presented with All-American accolades, the first for UCSD since 2009, after finishing in the top 12 in the competition while, Holmqvist finished 24th in the foil competition.

Saturday would bring the first day of men’s competition for Hadler and Dickinson at the National Championships.

At the end of the first day, Hadler finished 19th place after winning five out of 15 possible bouts, with two notable victories coming against fencers from No. 6 Harvard and No. 10 Stanford.

Dickinson was going into the National Championships for the first time and finished 23rd after the first day. The saber competitor ended the day with a 4–11 record following victories against No. 8 Ohio State, New York University, Stanford and Yale.

Hadler ended up winning seven out of 23 matches, with wins coming against Columbia’s Harrison Bergman, who finished fifth, as well as against co-No. 1 University of Pennsylvania. Hadler finished with a -30 indicator and dropped a spot down for a 20th-place finish while Dickinson finished with a record of 5–18 with a -35 indicator, scoring a win against No. 10 Stanford.

“This tournament is not like any other I have ever fenced,” Dickinson told the UCSD athletics department. “Every single fencer is a challenge and there are a lot of bouts in a short amount of time. The support from my teammates has been incredible. I’m proud to have represented UC San Diego in our strong NCAA performance.”

UCSD placed 18th out of the 25 teams represented at the competition. Columbia took first with 174 points, its second-straight national championship, finishing in front of Ohio State, which came in second with 167 points, and Princeton, which came in third with 161 points.